In this post, we are going to discuss the upcoming events including release date, spoilers, leaks, and scans for Dragon Ball Super 60. Before starting let us have a quick look at the previous chapter.

Note you can use Table of Contents to skip the summary.

The 60th chapter of DBS manga will be continuing the most anticipated battle of the arc, Goku vs Moro. While we talk about the anticipates things in this arc, we shall include Vegeta’s arrival. Yes, you read that right. Readers are as eager as ever for Vegeta’s arrival on earth. And, according to our sources, Vegeta will finally return on planet Earth after finishing his training in DBS Chapter 60.

There are two possibilities, either Vegeta will appear on earth and interrupt Goku vs Moro, or Vegeta will appear the same way he did in “Resurrection of ‘F’ movie/arc”. The second possibility is most likely to happen. Whatever it may be, readers are full of beans for Vegeta vs Moro in Dragon Ball Super manga.

Just like every other Dragon Ball Super manga chapter, the last page of the previous one unveiled the date. Dragon Ball Super chapter 60 will release on 20 May 2020. Additionally, all the leaks and spoilers for the 60th chapter of DBS manga will be out on or around 16 or 17 April.

As for delays, there is no delay in this chapter. However, the Attack on Titan fans and One Piece manga fans might have to wait a bit longer due to this COVID-19 coronavirus pandemic.

Update: Dragon Ball Super Chapter 60 is out now, you can read it on the official source as mentioned above.

Update: The spoilers are out for Dragon Ball Super Chapter 60 is out.

Dragon Ball Super chapter 60 – Goku vs. Moro continuation
Both of them power up & are ready to face one another. However, it seems Moro is having a hard time against Goku. It’s more like a clash between egos. He is trying his best to defeat Goku without absorbing his ki.

As we said, the fight continues in Chapter 60. Goku vs Moro continuation in this chapter of Dragon Ball Super. The chapter is titled, “Merus’ Miscalculation”. It seems both of them are finally serious now. Both Goku and Moro are trying to show off their powers. It’s more like a clash of egos between these two. The Z-fighters are getting blown away with their ki only.

We see Moro using his full power to defeat Goku without absorbing his powers, whereas Goku is using his best to not let him. Also, everyone is impressed with how Goku has improved his techniques. Moreover, Moro is having a really hard time against the Ultra Instinct Goku in this chapter.

We might see Moro turning the tables in Dragon Ball Super Chapter 60.

Will Vegeta come up with a new form?

Vegeta’s new form is highly expected in the upcoming chapters, why you may ask? In order to tackle Goku’s Super Saiyan God Kaioken, Vegeta did come up with the Super Saiyan God Evolution. But for the UI, we either need Ultra Instinct Vegeta or another form that Goku didn’t attain yet. This might sound a bit in Vegeta’s favor and it’s time Vegeta steals the limelight in Dragon Ball Super.

Note that the leaks and spoilers for DBS Chapter 60 will be out a day or two before the official release date. Moreover, the spoilers and leaks are basically the raw scans, that are being translated by the popular translators on the internet. But you may not worry, we will make sure to add the leaks and spoilers to the article, as soon as they’re out.

The fate of the entire universe is dependent on Goku’s fight against Moro. Even though Goku has attained Ultra Instinct, there’s not a single chance of Moro being serious or going on a rampage.

Moro quickly realizes the weakness of his technique, and Immobilize Goku using one of his techniques. Goku’s Ultra Instinct is now having a hard time against Moro. However, as someone who’s been keeping up with Dragon Ball for a long time now.

I believe that Goku’s holding back intentionally to make Moro use more of his powers. What makes my point more valid is the fact Piccolo mentioned. Even though Goku is back, he can not read his “Ki”. Which makes us fans wonder, how strong is he exactly?

Dragon Ball Super, Ch. 59: Goku and Moro square off and find each other full of surprises! Read it FREE from the official source! https://t.co/7mAaJFIavr pic.twitter.com/Vk7HBrUnYk

Moro is having a hard time against Goku, hence resulting in him using his “Energy Absorption” technique against Kakarot. But, guess what? Goku’s speed is faster than that of Moro’. In such a way, he can dodge the energy absorption.

On the other hand, Whis thank Merus for training Goku to the extent that he can stand toe to toe against Meru. When Whis asks Merus of Goku mastering Ultra Instinct, he answers, “Goku is nowhere near attaining the True Ultra Instinct”. 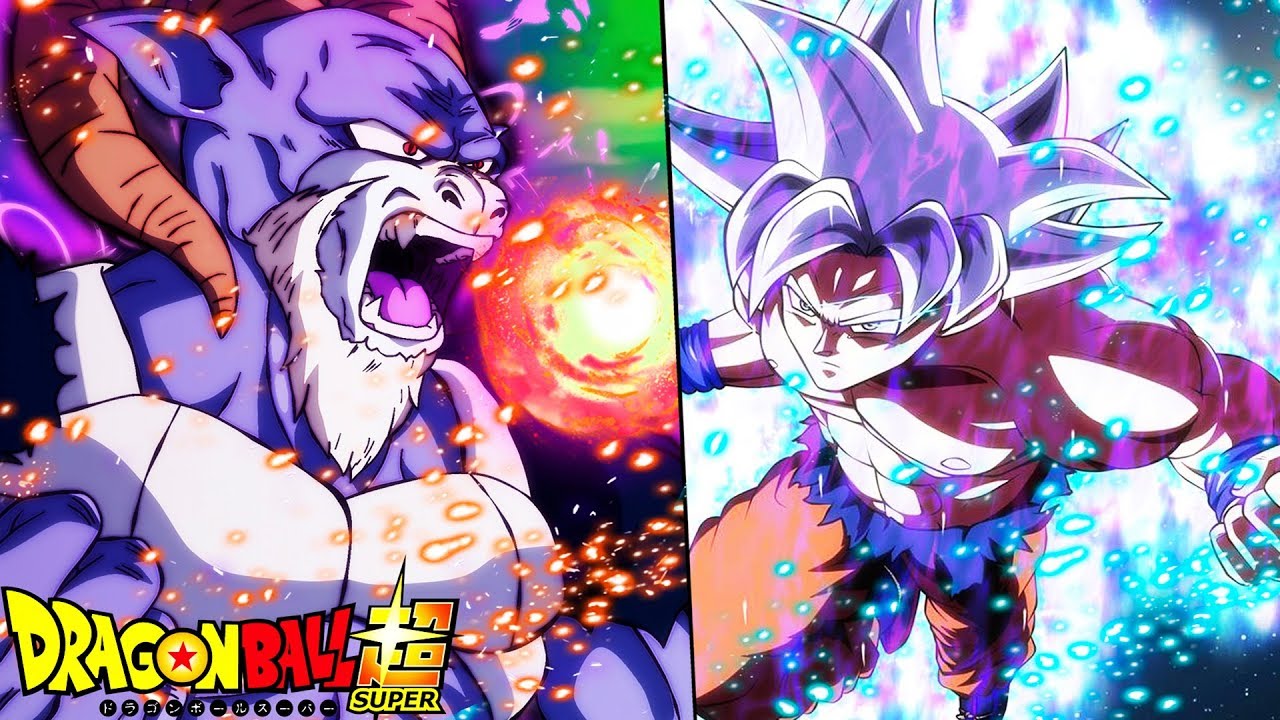 Back at the earth, Moro finally shows the true extent of his power, which is invincible enough to overwhelm the ones around him. And like I said, Goku wasn’t serious either. But when he remembers that Gohan and co. have gathered the Dragon Balls from Earth already and it can be revived, Goku finally gets serious against him.

You can read DBS manga chapter 59 officially for free on VIZ. The Ultimate battle will be continuing in Dragon Ball Super Chapter 60. Please look forward to the official release of this chapter.

That’s what we have, for now, Thanks for reading! What do you think, will Dragon Ball Super Chapter 60 be able to bring back Vegeta in the manga? Who will win the fight Goku or Moro? we will surely get an answer to this in Dragon Ball Super manga.

Update: Dragon Ball Super Chapter 60 will be out on the same. There are no new details regarding the same except for the leaks.