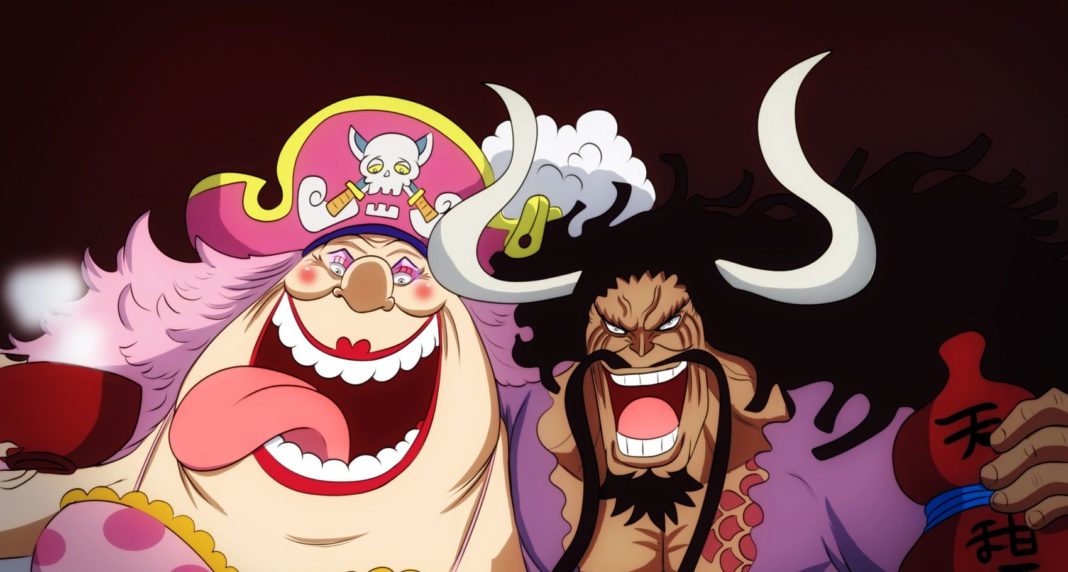 One Piece Chapter 979 has been delayed due to Golden Week in Japan. However, the spoilers are out a bit early for the manga. Kaido’s Son is building up the hype in One Piece manga, resulting in readers eagerly waiting for One Piece 979.

The manga recently aired its 978th chapter and the releasing schedule for the upcoming chapter has been postponed by a week. The new release date, spoilers, and leaks for One Piece 979 are out. Scroll to the bottom to read more about the details.

Before starting with the discussions of the 979th Chapter of One Piece manga, let us have a quick recap at the events of the previous one.

The 978th chapter of One Piece manga got out on April 27, 2020. The Chapter was titled, “Introducing the Tobi Roppo”. As for the storyline of this chapter –

One Piece, Ch. 978: The fight for Wano is in full swing! Can the assault force catch Kaido by surprise? Read it FREE from the official source! https://t.co/1H0UVKqqH4 pic.twitter.com/qbba2LY8mT

The chapter ends with no extra information regarding Kaido’s Son, but it seems that might not be the case with One Piece Chapter 979.

The party will finally begin! The chapter revolves around King and the flying six. Moreover, the chapter will be giving a hint to Kaido’s son and bringing an end to all the rumors on the internet.

Please note that we do not create spoilers, all the spoilers are available on the internet. You can follow us on Twitter for exclusive leaks and spoilers on your favorite chapter.

This post may contain spoilers from One Piece chapter 979, so if you are not into spoilers you may stop reading now.

As per the spoilers, Kaido has a son! And his name is finally revealed in this chapter. Kaido’s Son is called, Yamato. We might finally get to see how he looks. One Piece manga has leaked the whereabouts of him, in the past few chapters but there was no exact information. And it seems, the wait is over. You can read more spoilers here:

Update: The Detailed Spoilers for One Piece 979 are out too. We see the appearance of King in this chapter. The Flying Six and King are having a conversation. The Flying Six gets a chance to challenge the calamities, if they win – they can replace the particular All-Star. Also, Kaido wants to show the strength of the Flying Six to big mom.

Besides this, Kaido’s son is somehow related to the Flying Six getting a right to challenge All-Stars. Maybe because they did find him. We finally get to see Big Mom in her Kimono during this chapter.

The One Piece 979 is titled as, “Tobi Roppo Introduction”. Follow us on Twitter for more exclusive spoilers. Note that other spoilers for One Piece Manga Chapter 979 will be out soon.

You can read One Piece manga spoilers here:

A Korean Blog posts the spoilers for One Piece chapter 979.
We won’t get to see Kaido’s son in this chapter, but his name is said to be Yamato.
King says, even if he summoned Sasaki and Who’s Who they wouldn’t have come to the party in Onigashima.

While you wait for One Piece 979, make sure you read our recent on Black Clover 249 and Demon Slayer 204.

What is the name of Kaido’s Son? How Strong is He?

Kaido’s son’s name is Yamato. As for now, we do not have an exact idea of his strength. However, he’s somehow related to both the Flying Six and All-Stars.

KAIDO wants to show the strength of the Flying Six to big mom.
The flying Six get to challenge the Calamities as they managed to find Kaido’s son.
If one of the Flying Six wins against the calamities, they can replace the particular All-star.
We eee Big Mom in her Kimono.

The leaks and raw scans for Chapter 979 of One Piece manga will be out a day or two before the official release date.

Update: One Piece 979 has been delayed for two reasons, the Golden Week holiday in Japan as well as the COVID-19 coronavirus pandemic.

Supposedly for the manga, there is a one week delay. However, if you are an anime watcher and are keeping up with the anime adaptation as well. Then, you should know that One Piece went on an indefinite hiatus. There’s no release date confirmed, it could either be 2-3 week long hiatus or it may even go up for months.

How Long is the Chapter Delayed for and Why?

The chapter was originally supposed to air on 3 April. However, due to a week’s holiday in Japan called “Golden Week”, the chapter has been delayed.

Update 3: Most of the raw scans and Leaks for this chapter are out, the remaining ones will be out on or around 8 March 2020. You can read One Piece 979 on all the official websites on 10 March. The information on the chapter will be then added to the Wiki.

Moreover, this chapter won’t reveal as many details regarding Kaido’s son. However, you can expect more details in the upcoming chapters, as the arc will be centered around Kaido’s son.

Will the delay affect the release date for One Piece Chapter 980?

As it may seem, the ongoing coronavirus pandemic took a huge blow on the anime and manga industry. So, it actually is possible to have this chapter delayed as well. For now, here is the list of all the mangas that got delayed recently. (Note: the tweet includes One Piece Chapter 979 as well)

List of all the Manga chapters that will air on 10 May
The chapters were originally going to air on 3rd May. However, due to the Golden week holiday. All these chapters got delayed
The spoilers and leaks for the chapters will be out a day or two before the official release date. pic.twitter.com/HOd7s90NQ2

The One Piece is one of the most popular Japanese manga by Eiichiro Oda. The manga is being serialized in Shueisha’s Weekly Shōnen Jump since 1997. As of now, the manga has aired a total of 978 chapters, One Piece 979 will be out soon.

While you wait for One Piece 979, Make sure to follow our Social media accounts for exclusive Anime news, discussions, and spoilers.

Boku no My Hero Academia Chapter 259 Release Date, Where to...