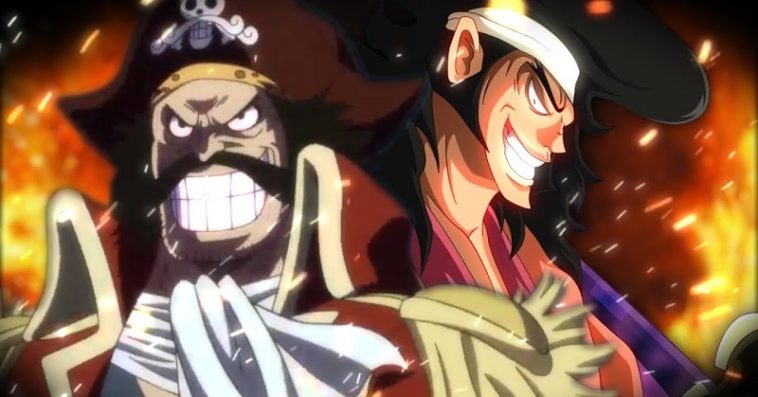 As we all know, One Piece is one of the most popular franchises. And as for the never-ending achievements, the manga is one of the highest-grossing media franchises of all time. Moreover, the previous chapter ends with Oden’s sacrifice for the nine scabbards. The last page says, “Oden-sama continued to protect this country, he took everything on him”.

With such great response, One Piece manga is going places. Besides this, Orochi is so far one of the most hated One Piece characters. There have been various discussions on the internet regarding One Piece 972, and fans are hating Orochi, as much as they could.

Note that the spoilers and leaks for the 972nd chapter of OP manga will be out soon. We will keep you updated. We don’t create spoilers; all the spoilers are available on the internet.

Oden’s flashback might end in the next few chapters of One Piece. Readers might get to see Kozuki using her Devil Fruit powers to send everyone to the future. Once again, Eiichiro Oda has done an amazing job of hyping up the plot. Fans are all the more excited for the next chapter of One Piece. And as it may seem, Shinobu will play a very important role in this arc.

One Piece 972 will air on Sunday, 23 February 2020. You can read the chapter online exclusively on Viz.

In One Piece Chapter 972, Readers will finally see the death of Kizuki Oden. The execution is taking longer, which is understandable of Oden’s sheer willpower. Moreover, the 9 red scabbards are still alive, which means either Oden will stay for 60 minutes or he will figure something out to save them. As for the raw scans and spoilers – they will be out a day or two before the official release date.

Besides this, The official spoilers for One Piece manga chapter 972 are out. The reason behind Oden’s behavior for the past 5 years is starting to become clear now. Oden puts down a flag of his own.

“If I can endure through this boiling execution, I want to open up this country.” Oden, “From the distant past, it was the Kozuki family that seals the country from the outside world.

This is to protect Wano from “certain strong power”. Wano.. no, not just Wano, the whole world is waiting for a certain someone! When a certain someone shows up after crossing through 800 years, Wano needs to be a country that can welcome and assist this certain person.”

Oden, “But I will be honest, they will definitely kill me today, so I hope all of you can help me open up Wano to the world.” Moreover, Oden endures through the hour, everyone was very happy. Orochi, “I just changed my mind a minute ago.

It will be changed to a shooting execution. And this applies to his whole family.” Oden throws out the nine scabbards with all his might. He wants them to escape and do not turn back, help him realize his dream of opening up the country.

Kaido, “No matter what, your body has been dead. For the last compassion, I will be the one who executes you.” Kaido, “Your honorable death will be passed on by the rest.” Oden, “Even if I am forgotten, that’s fine. My soul will forever live on.

Kaido, “Sorry about the old lady for I have already killed her.” Oden, “I hope you give your best to become stronger..” Kaido executed him when Oden was still saying his words. The folks help him finish his words.

Oden falls in the boiler, dying with a smile on his face. The curtain closes, the next main character takes the stage. Upon receiving the obituary of Oden, Toki opens up a letter left by Oden which was kept in a drawer.

Oden, “Toki, I am already at my peak. If I couldn’t defeat Kaido, this means that at this point in time, there is no one else can defeat him. 20 years in the future, the world is probably gonna experience “a giant war” that can split the sea. Which means that, in 20 years, the main character of “the giant war” will come into the new world, the one that can defeat Kaido will be them. Wano will go on a very very long winter when the time comes, I hope you can use your power. If I die……..”

Halfway through the letter, Toki tears the letter up.. Story continues in the current timeline!!

From Sandman- Kaido shoots Oden in his head with a gun. Oda draws this panel as a silhouette. Kaido killed the old hag (Higurashi) because she poured cold water on his fight against Oden. Besides this, Oden secretly gave his swords to Toki while he was in jail.

The One Piece is one of the most popular Japanese manga by Eiichiro Oda. The manga is being serialized in Shueisha’s Weekly Shōnen Jump since 1997. As of now, the manga has aired a total of 971 chapters. One Piece Chapter 972 will be out in a few days. One Piece recently released a movie, which got support from all the corners of the world. Here’s the trailer –

Well, that’s what we have for now. Thanks for reading.