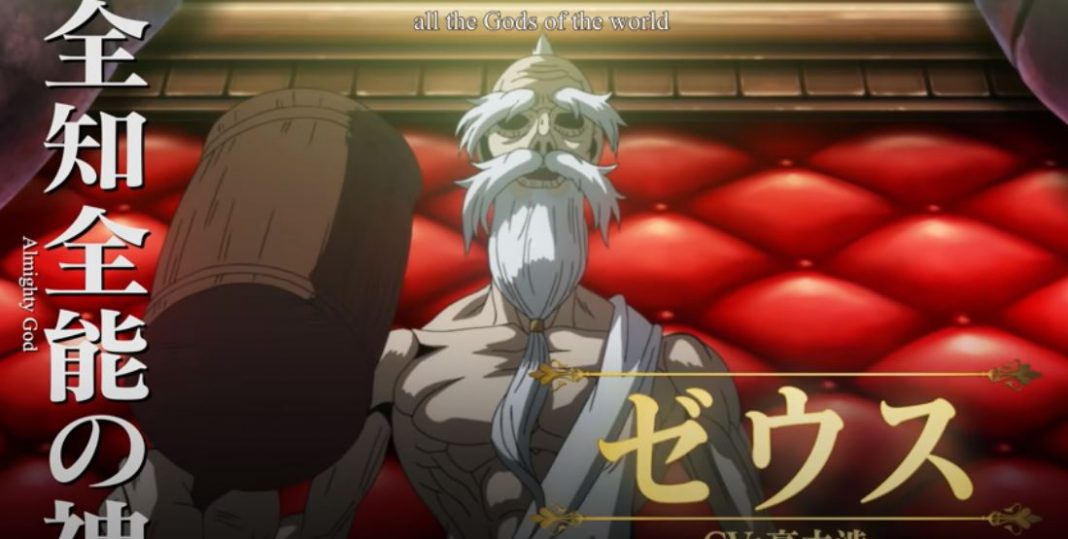 Masao Okubo is also directing the show. He is responsible for overseeing anime like Accel world, Full Metal Alchemist, and Bezzelbub, some of the best anime to release that season. Some of the other staff include Kazuyuki Fudeyasu and Masaki Saito.

The word Ragnarok gives serious Thor vibes. But now, this term will be used by anime fans all over the world. Thus begins a new era of the battle between the worthiest humans of all time and the Gods of Heaven. In this blog, we will discuss the latest updates we have on the Record of Ragnarok Anime Adaptation Confirmed for 2021.

The record of Ragnarock will probably have some of the most badass and coolest fights in anime history. Graphic and has undertaken the production of this series. However, they are responsible for making the Zodiac War, Hellsing Ultimate, and Hello World, which have some of the best-animated fights and visuals.

Overall, I have high hopes for this series and its success. Let’s talk about the Release Date and some Spoilers for the Upcoming Records of Ragnarock Season 1 Episode 1 Release Date.

After the gods have decided to end the human race as they are beyond saving and exterminating them will be mercy. Fortunately, a lone valkyrie Brunhild proposes to the gods to let the Humans have one last chance to prove themselves and their worths.

Episode 1 of Record of Ragnarock will showcase the start of this final battle between the gods and the humans. We will also get to see some of the show’s main characters, such as Brunhild and her human warriors and Major Gods like Zeus and Shiva.

In the battle of the Ragnarock. 13 humans will fight against 13 Gods. If humanity manages to get 7 out of these 13 victories, they will be spared.

Record of Ragnarok recently uploaded its new promotional video. The video hints at the main plot of the Record of Ragnarok anime and the overall storyline. Its animations are really good with eye-pleasing character designs. A small fight sequence is also included in the video to showcase the visual effects of the show.

The record of Ragnarok anime features an exciting storyline. All the Gods of the world meet at a conference. The conference happens once in 1000 years to decide the fate of humanity. They come together to put an end to 7 million years of human civilization for all their past mistakes and blunders.

But Brunhild, the eldest of the 13 Valkyrie sisters, makes a proposal that sides towards saving humanity. She suggests that humans should be allowed to defend themselves. The suggestion states that humans should fight against gods in a 1-on-1 battle. This is known as “Ragnarok.” Whichever side wins 7 battles out of 13 the fastest wins.

After provoking the council, Brunhild succeeds in her plan to conduct Ragnarok. Now she is given the job to find 13 worthy fighters from all humanity’s history to represent human civilization and fight against the most powerful gods of all time. Thus begins a new era of the battle between the worthiest humans of all time and the Gods of Heaven.

What is the Record of Ragnarok About?

As of now, we only know some of the members of the Cast. Miyuki Sawashiro plays Brunhilde, Goll by Tomoyo Kurosawa, Tomozaku Seku plays Lu Bu, Thor by Hikaru Midorikawa, and Wataru Takagi plays Zeus.

There are going to 12 episodes for the first season on Record of Ragnarock, starting with Record or Ragnarock Episode 1, and there is a big possibility that it will soon renew for a second season. There is a lot of fan following behind this series, and it’s sure to be one of the best anime that will come out in Spring 2021.

Record of Ragnarock is a seinen manga magazine which is going on since November 2017. The first volume came out on May 19, and since then, it has been coming out every month in Tanabokon volumes.

The opening theme is going to be “Kamigami” by Maximum the Hormone.

The record of Ragnarock is going to be a good watch for every one of us. We will be sure to update this article with all the relevant reports. Meanwhile, you can also read about the latest news and other recommendation at SpoilerGuy.