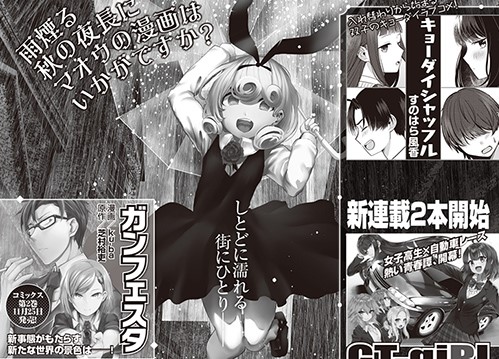 Looking to read something new! Well, the December issue of Dengeki Maoh magazine revealed that the author of To Love-Ru Saki Hasemi and artist Wise Speak will launch a new manga. The story will revolve around vehicle races and high school girls. They will launch a GT-giRI manga in the next issue of the magazine which is November 27.

The Dengeki Moah is a magazine by ASCII Media Works.

Ghibli Studio Upcoming Film- How Do You Live?