Spoiler Guy
Home Theories What is the Secret behind Saitama’s Power? How Strong is Saitama in... 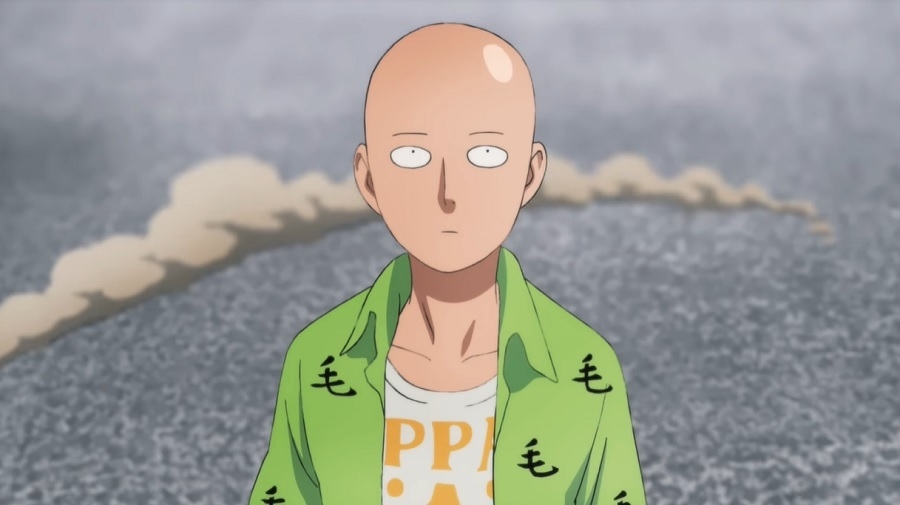 The word ‘Strength’ always pops up when the name ‘Saitama’ is used. One Punch Man is solely based on Saitama who is herculean in terms of raw power. Saitama is considered as a common human being who is not recognized by many. He doesn’t become a superhero in order to help the innocent but rather to have fun and find a worthy opponent. But what gives this mighty hero his power, what is the secret behind Saitama’s strength? let’s find out.

Saitama is a bald-headed man with an athletic body. He currently serves as a B-class Rank 7 hero and lives alone in his small apartment. Genos was initially the first person to acknowledge Saitama as the strongest hero and decides to be trained by him. Saitama is a very humble person by nature and doesn’t care about classes and ranks.

King, who is an S-class Rank 7 hero was given his position due to Saitama. After Saitama defeats a large monster the only person left in the debris was King, this lead to the misconception of King being the person who defeated the monster.

Also, Read- Who will win the match between Black Jackals vs Schwiden Alders?

How Did Saitama Acquire Such Power?

He tells this when he and Genos encounter Carnage kabuto and Genus. He later reveals all the trouble he went through during those workouts. He ate a single banana for breakfast and never used the air conditioner. Saitama admits that he lost his hair after a year and a half of training but also gained incredible strength.

Genos demands Saitama to reveal his secret instead of joking around. He further states that the training was not extraordinary but just standardized training for heroes, Genos tires to explain that his power was the outcome of an external factor. But Saitama replies in a humble manner that he wasn’t lying and that all he did was training.

The anime hasn’t revealed anything regarding the origin of Saitama’s power. It is certain that Saitama hadn’t obtained such power by training like an average hero. It has always been a puzzle as to how he Saitama is so powerful.

In the very first episode, Saitama is seen to have a head full of hair and without much strength. The timeline is shifted to three years in the future where Saitama is bald and wears hero clothing. In conclusion, we know that he had acquired his power during those three years subconsciously via an external source.

Also, there is big news regarding the beta version of One Punch Man: Road to Hero –

How strong is Saitama?

Here are all the perks of Saitama’s strength from One Punch Man. If you’re wondering how fast is Saitama, then here is what we wrote.

Saitama shows a tiny bit of his strength when he goes against Boros. As Boros is capable of regenerating himself instantly the fight goes on for a longer period of time when compared to Saitama’s previous battles. During this battle, Boros punches him far enough for him to land on the moon.

When Saitama jumps from the moon, it causes a large crater showing us the power of his jump. When Boros threatens to blow up the entire planet, Saitama is forced to become serious and pulls off his final move called ‘serious punch’. This punch not only vaporizes everything in its way but also creates shockwaves that split the clouds in half around the world.

Saitama showcases his speed when he goes against Sonic who specializes in afterimages and deception using only his speed. Saitama was easily able to pinpoint Sonic during the fight and was able to replicate his technique called ‘Tenfold Funeral’ by just doing serious sideways jumps.

He has shown his speed on many occasions like traveling from the moon to earth under 1.5 seconds and matching Boros’s combat skills. Usually, if a character were to have such speed, he/she would be considered immensely powerful. But that’s what makes Saitama so great, He is a combination of supersonic speed with incredible god-like strength.

It is still unknown if Saitama has high endurance or super fast regeneration. During most of his fights, Saitama does get hit a few times. But never seems to be injured, neither when he fought Boros who called himself the Dominator of the universe nor when he gets hit by Garou. His body never seems to show any kind of weakness. He has never been shown bleeding other than the time he had a dream fighting a swarm of monsters.

These three characteristics put in one person is the ultimate power one could ask for, and One Punch Man has given that in the form of a bald caped hero. He truly stands above all the other anime heroes.

In 2019, One Punch Man had sold 20 million copies of its manga illustration making it one of the most popular animes ever. One punch Man revolves around the main protagonist called Saitama. The anime takes place in an era where monsters appear from the underworld and plan on taking over the surface.

Heroes stand up against these monsters in order to protect their city, Saitama is an infamous hero who has his own ideology of being a hero. He becomes a hero for the fun of it and goes in search of worthy opponents who he expects not to finish off in a single punch. Fans are eagerly waiting for One Punch Man Season 3.

So, that’s all for today. Furthermore,  Make sure to follow our Social media accounts for exclusive spoilers.

One Punch Man Chapter 132 Has Been Delayed – New Release Date, Spoilers Are Out!