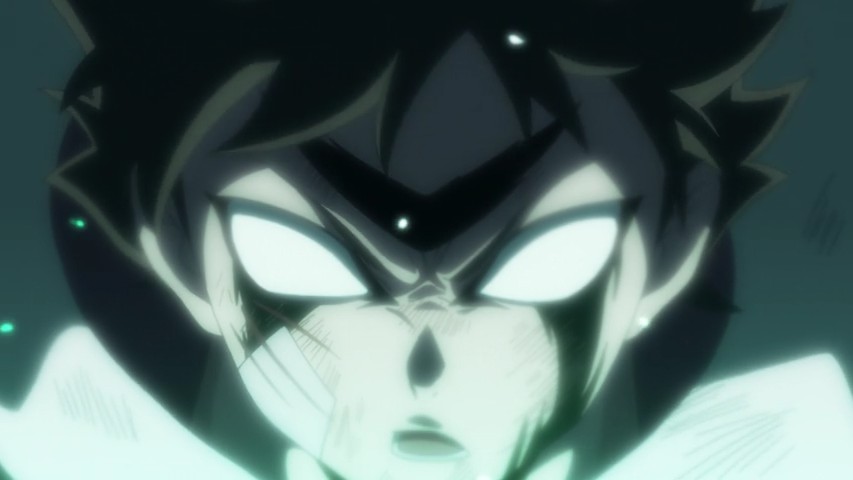 Radiant is a 2018 Japanese anime series that is based on French author known as Tony Valente’s comic book series Radiant. This book was published in Japan by Asukashinsha. As for summary- The story follows the main protagonist known as Seth. He is in search of the Radiant in order to defeat all the monsters known as Nemesis.

‘Radiant’ is a fantasy, action,adventure-filled anime, where the main protagonist (Seth) a Sorcerer from Pompo Hills, sets out on an adventure to exterminate all the Nemesis(fantasy creatures). He is accompanied by fellow sorcerers. Their main objective is to bring about a world where Sorcerers are no longer persecuted for being infected, and they also have a desire to destroy the source of the Nemeses themselves( the mythical Radiant).

what you will read about Seth’curse in this article-

So to give you a small insight on Seth’s curse, when a character encounters a nemesis, that character gains magical powers along with a unique infection. In other words its a curse, hence the name “Seth’s curse”. This energy goes by the name of ‘fantasia’.

Seth’s curse gives him horns that posses a dark power that is affiliated to his curse. Seth’s curse is basically a magical power that enables him to cast or use normal magic spells. In the anime, fantasia affects various other characters differently, giving them abilities that are unique in order to fight the nemeses.

When a sorcerer moves into ‘berserk mode’ they utilize their fantasia and become aggressive. Their appearance changes over the period and they become crazy looking figures with white eyes and dark skin. These power-ups are sure to give you goosebumps. Seth’s curse is the only curse that enables him to use berserk mode.

Seth is comparatively bad at manipulating fantasia, this was realized when he was unable to channel fantasia and was only able to focus it around his fists.

In the later part of the anime, Seth works Yaga who had about a coven of 13 affiliates at the Artemis institute. With enough effort, and bull-headed determination, Over a period of time, Seth leans a lot of spells and encounters a few enemies. What makes Seth’s curse special is that he can use fantasia without the help of any utility or tool.

Now coming back to Seth’s curse, under Seth’s curse, he goes to the berserk mode and becomes ruthless making him super powerful. And then he undergoes this demonic transformation which is still unexplained as no one knows its source. The drawback of this power and also the reason why its called berserk mode is because he turns in a completely different person, almost like a beast incapable of differentiating innocent from evil.

I would definitely recommend watching Seth’s curse being awakened for real. Then fight with ‘THE INQUISITION’ brings out the berserk mode in Seth, showing us what Seth’s curse is capable of.

As our favorite- Seth is the main protagonist because he uses various other magical skills which put the enemies to shame.

Seth’s curse enables him to use an attack called ‘Titan Punch‘. Seth uses this attack which basically requires fantasia to be gathered in his fists before he strikes his target. He also uses this technique to create shockwaves when he doesn’t want to hit his enemy directly. This technique has a drawback when Seth wears feather gloves, his attack is not as efficient as it is without the gloves. The gloves mostly work as a dampener. This comes to show how powerful Seth’s curse is.

Seth learns a technique from an alma called ‘The Skull Attack‘. By putting Seth’s curse into action and upon declaring the spell’s name, the caster releases a large amount of skull-shaped projectile from the sky. The skull-like apparitions that are manifested eventually cascade downward, striking the opponent ruthlessly. The attack appears to carry intense destructive potential, as the power behind each blow was enough to stun a golem nemesis, a creature shown to have great durability and resilience to blunt trauma.

In terms of defense Seth’s curse allows him to use a technique called ‘Repulse‘. The user waves their hands, or wand across the air and spawns a wall of Fantasia directly in front of their person. The built-up energy immediately takes the form of a green, stylized pentagram shield that blocks incoming attacks. When used by relative novices, like Seth or Melie, the shield’s scope is relatively modest and can cover enough of a radius to protect two people.

Seth’s curse also enables him to perform a basic technique called ‘Meteor Drop‘.The technique is performed by gathering Fantasia and simultaneously moving your feathered item in a sweeping arc. In the aftermath of the motion, a crescent shape trail of Fantasia remains in its wake. From that trail, small, coconut-sized spheres of Fantasia are flown out. They move in a uniformed direction, dishing out concussive damage to whatever comes in contact with its path. This doesn’t show much of Seth’s curse potential but is used as primary attacks in battles. This shows much of how Seth’s curse is used since it is a basic spell.

(NOTE: These spells are mostly basic and can be done by sorcerers, whereas the berserk mode displayed by Seth’s curse is unique and overthrows all the other techniques. Once again showing how eccentric Seth’s curse is.)

As the series has progressed, Seth’s curse has shown itself to be superior to that of others. Seth has proven himself to be a formidable sorcerer. From being an amateur at using magic, he possessed tremendous potential, and a high capacity to generate huge masses of fantasia. In addition to his overpowered magical ability, Seth masters physical prowess that surpasses the limit of a normal human being. As a result of his infection, Seth’s curse can utilize a darker power, that pushes him into the ‘ Berserk mode’ whilst also granting unimaginable strength and aggression.

Regardless of Seth not having an overly muscular or aesthetic physique, Seth’s curse allows him to overpower nemesis without any struggle as Seth’s curse is unique and raw in terms of fantasia, which is why he doesn’t use tools to harness his power.

Seth’s curse being unique and powerful has drawn a lot of attention to him being a humanoid nemesis, since we don’t know how Seth’s curse was obtained as he was found by alma after a nemesis attack. Seth has a very high capacity to manipulate enormous amounts of Fantasia. This goes to show that Seth’s curse might be from a higher power. Seth hasn’t touched a normal human without his gloves as well. Seth’s curse holds a lot of secrets and has led to these opinions.

All these instances show as to why he might be a humanoid nemesis, and how Seth’s curse is special but hey its just a prediction and has not been confirmed by any other official source.

So that’s, for now, webs, hope you got what you wanted…..for now, it’s you boy moving out, and don’t forget to check our website for more anime content, queries etc.if you liked this please share it with your friends and educate your fellow otakus.