This is the part you all were waiting for. After the season 3 ending it was confirmed in a tweet by the animators of Attack on Titan season 4.

It is confirmed to air during fall 2020 and it will follow the same format of Season 3. It would be split into two 11-12 episode sets.

You can check out the trailer for Attack on Titan Season 4 anime here:

You can check out the Teaser for Attack on Titan Season 4 anime here:

The video confirms that the show will premier this year during the Fall Season. Moreover, this season is going to be far more intense than any other.

Is Shingeki no Kyojin Season 4 the last season?

This is sad, indeed Kodansha the publisher of AoT confirmed that AoT Season 4 will be the last season and a beautiful end to the series which started in April 2013. All the fans had a bittersweet reaction to this. The cast and crew are confident that this will serve as a proper conclusion to the Shingeki no Kyojin series.

Indeed this is very sad for us fans out there. The final arc of the Manga is about to release. Fans will have to follow the story in the manga. And another fact is that the anime does not stay true to the story in the Manga. We have to look out for the deviations of the story as the ending may even surprise the Manga readers.

According to an interview, Hajime Isayama said, “The end of Attack on Titan may not be a happy end for many readers”. Resulting in viewers getting full of beans for Attack on Titan Season 4.

The release date for Attack on Titan Season 4 is confirmed to be November 2020. As of now, there are no delays in this season. However, according to our sources, there might be a delay in this due to the COVID-19 situation.

Will the COVID-19 coronavirus pandemic affect the release date of the 4th Season?

There have been lots of queries on our social media regarding the same. As per our speculations, if coronavirus stays a problem in Japan even after July 2020, then definitely. Attack on Titan Season 4 might get delayed. It does sound absurd, however the idea of its manga getting delayed wasn’t expected either.

As of now, the Key visual for the Final Season isn’t out yet. But, don’t worry – we will make sure to update the article, as soon as we get our hands on any official information from the studio or any other source 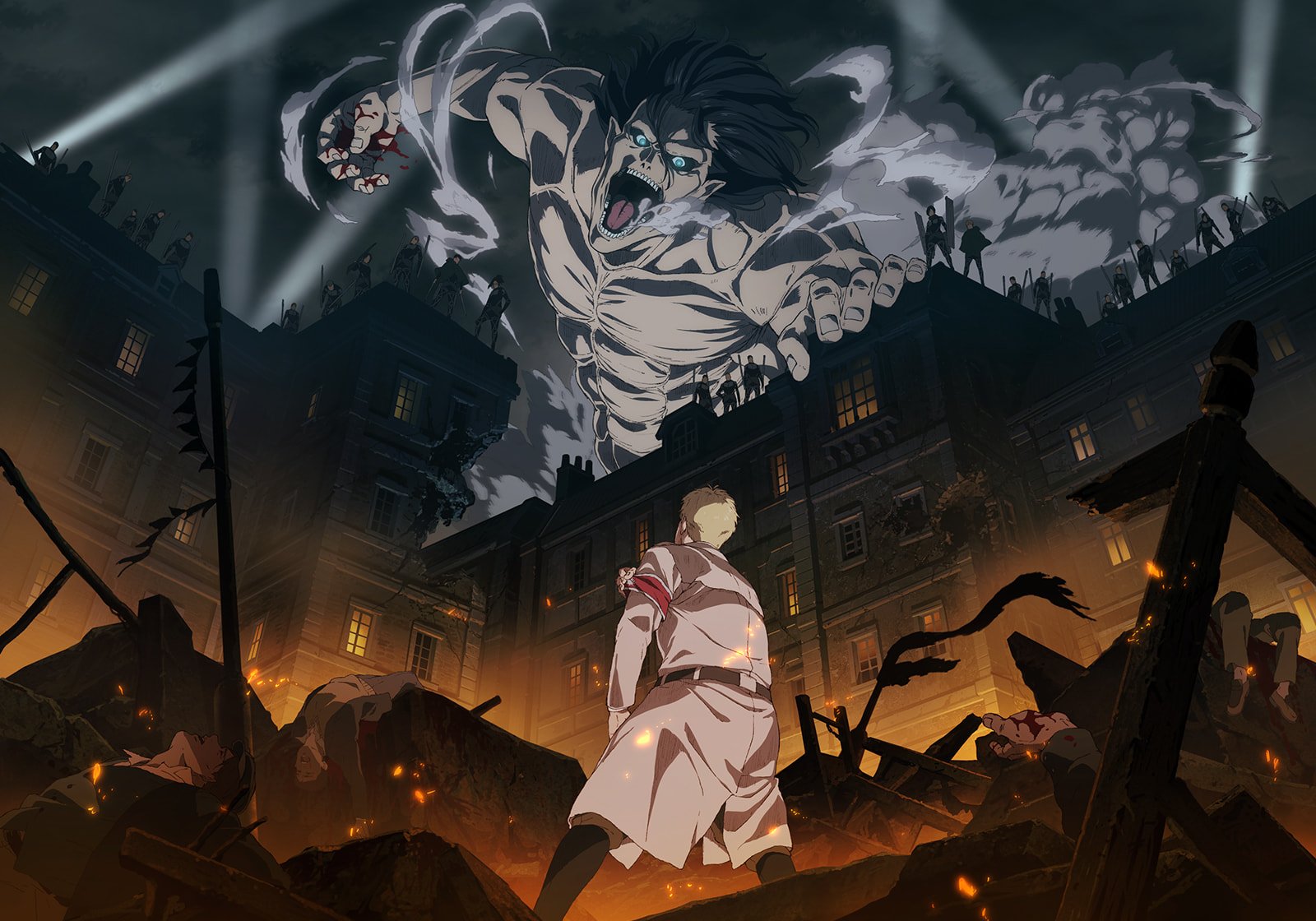 We finally saw the ‘Basement” at the end of Season 3 where the survey corps discovered that they are not the last of humanity. If the anime will stay true to the manga then the possibility is that there will be a new cast of characters on the other side of the sea. And both the casts will merge to form a beautiful showdown between the Eldians and Marleys.

After the Marleys exiled the Eldians in the Islands, and the survey corps find Dr. Yaeger’s notes in the basement. The whole point of killing titans for Eren changed. Eren and everyone else on the island belonging to the Eldian race. So we are sure to see changes in Eren’s motive as it changes from a fight for survival to a fight for freedom.

I would personally like to see more character development done to Mikasa, Eren, and Especially Armin. Armin is now the Colossal Titan, along with his brains and his ability as a titan shifter now. Survey corps has a big advantage over Marleys now. Attack on Titan Season 4 will focus more on this and we will get to know with time.

Zeke, Eren’s half brother almost got killed by Captain Levi in a badass fight sequence.

The final hidden Titan Shifter will also be revealed in Attack on Titan Season 4. There will a change in the morale of viewers and everything that has been build up until now will be thrown in a pit of Doubt.

Will there be any delays in Shingeki no Kyojin Season 4 air date?

As of now, there is no official confirmation of any delays. However, anime like Oregairu is getting delayed. So, is the schedule for Weekly Shonen Jump, let’s hope COVID gets sorted by then, so we could easily enjoy our favorite anime. Stay safe, till then!

The Attack on Titan anime’ 4th season is based on the original Japanese manga with the same name. As of now, the manga has aired 129 chapters. If you are planning on reading the spoilers, why not give Manga a try? You can read the Attack on Titan manga online officially on Kodansha Comics. Fans can also buy the original copies of the manga to support the creators. We highly condemn the use of unofficial websites to read the manga.

How and Where to watch Shingeki no Kyojin Attack on Titan Season 4?

People in Japan can catch up on the show in NHK General TV network. But for most of the viewers should be able to watch Subbed episodes moments after the original airing on Crunchyroll and Netflix.

Eren’s Journey started way over in Season 1 in April 2013. We saw ‘The Smiling Titan’ brutally murder his mother. Then we saw glimpses of Eren’s Dad who injected him with titan spinal fluid making him the attack titan.

Then during the breach of Wall Maria Eren saw Colossal Titan and Attack Titan and blamed them for the whole thing. He vowed that he will kill every Titan. This is how the Shingeki no Kojin story started.

After 5 years during a Titan attack in Trost. Eren gets eaten but he survives after controlling the body of a titan and becomes a Titan Shifter. He helps in sealing the whole in the Trost District by his new-found titan powers. With those powers, Eren realized that his dream of killing every titan is getting closer.

Make sure to follow our Social media accounts for exclusive Anime news, spoilers, and leaks. Stay Tuned for more future updates. And While you wait for Attack on Titan Season 4 make sure to check out our articles on Demon Slayer Season 2, My Hero Academia Season 5, and Dragon Ball Super Continuation.

The Way of the Househusband Set To Release In 2021 Starring Kenjiro Tsuda!

Saki Hasemi To Launch A New Manga After To Love Ru!