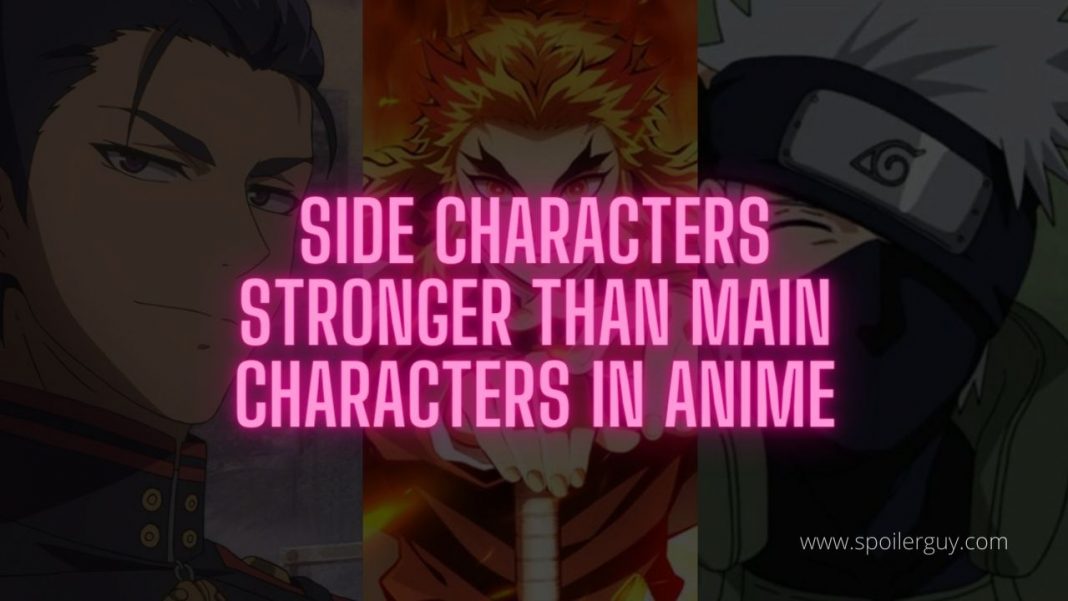 Anime generally focuses on the protagonist. However, there are times when the supporting characters have won our hearts with their signature personalities. These have often held immense power and helped ease down the tension in difficult fight scenes. Their role has given a whole new dimension to the plot and helped justify the storyline often.

There have been several side characters whose role in death has made us cry. So here are some characters we wanted more. However, this list is not ranked. Therefore, without further ado let’s dig in.

Rengoku did not appear much in the Kimetsu no Yaiba: Demon Slayer anime. But his role in Mugen train has owned our hearts. He belonged to the Demon Slayer Corps and one of the former flame Hashira. He has strong morals. He made sure to protect the upcoming generations of demon slayer corp such as Tanjiro, Inoushke, and Zenitsu while confronting Akaza. who belongs to the upper rank 3 of the 12 kizuki under Muzan Kibutsuji.

Levi Ackerman had gathered a huge fanbase in the Attack of Titan series. According to the rumors, that’s the only reason he was alive all through the series no matter how badly he was injured. He was the captain of the Survey Corps and known as humanity’s strongest soldier. He gives a cold impression on these teammates and not very approachable. He is only obedient to individuals he has respect for. However, he has empathy for his comrades and grieves on their loss in his own way.

You can also read: Motivational Attack On Titan Quotes That Are Deep & Meaningful

L is another such competent character. His capabilities were equivalent to Light Yagami. He is one of the renowned detectives and is known for murderers. Everyone referred to him under the name of Ryuzaki. The only aim of Ryusaki is to prove Light Yagami under the name of Kira as the mass murderer. L is extremely intelligent and has great power of deduction. There was always a stiff competition between L and light. However, L couldn’t make it till the end and the task was succeeded by his heir.

Guren belongs to the Lieutenant Colonel of the Japanese Imperial Demon Army and the leader of the Vampire Extermination Unit’s Moon Demon Company. He has a double personality and is extremely powerful. His demon side has his once upon a time lover from the Hiragi family, Mahiru-no-yo. Before they were not allowed to be together and later she turned into a vampire and a demon-killing everyone dear to her. However, Guren has forgiven him no matter what.

We have also seen Guren having his personality changed drastically whenever the demon takes over him. He tries his best two keep his two souls separate and keep himself in check. It is seen to have killed vampires as well as humans. He is unable to distinguish between his comrades from the rest.

You can also read: Top Quotes of Sukuna from Jujutsu Kaisen you would like to revisit!

Kakashi is a shinobi of Hatake clan from Konohagakure. He is known as one of the most powerful ninjas from Konoha. Later after the fourth shinobi war, he becomes the sixth Hokage of Konoha. Kakashi is known for his Sharingan which he received from Obito Uchihiha. He is known as the copycat ninja.

Kakashi Hatakake is one of the coolest anime characters. He remains calm even in the most serious of battles as seen in his fight against Kakuzo. He has great empathy for his teammates and tries his best to not let them die.

You can also read: List of Weakest to the Strongest Uchiha!

Yamamoto is the 1st division captain in gotei 13. He is portrayed as an elderly man in the anime with bald hair. The old man is also a master swordsman, hakuda master with Kido master. He possesses immeasurable spiritual power with powerful Reiryoku. He is very strict about the rules and regulations and expects to be abiding by them as well. His zanpakuto is Ryūjin Jakka. It’s more powerful than any other zanpakuto present in soul society.

That’s all about the supporting characters. The list will be updated from time to time. Till then stay tuned to Spoilerguy.