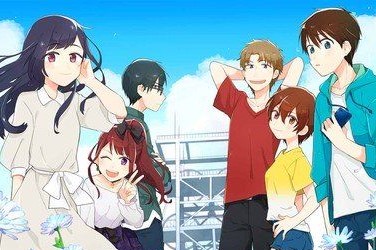 Waiting to know which anime won the Sitges award this year! Sitges International Fantastic Film Festival in Spain announced that the Best 53rd annual Animated featured Film goes to “Seven Days War”. Yūta Murano has directed the anime film. Further, the other nominees were Hello World and Lupin III The First in the given category.

Osamu Sōda directed the anime film Seven Days War. The anime film was released last December 2019. It had also competed in the features category at Annecy International Animation Film Festival 2020. The original novel is written by Osamu Sôda and Ichirô Ôkouchi was in charge of the screenplay.

Bokura no Nanokakan Sensō manga was earlier featured in Kadokawa’s Monthly Comic Gene magazine. Aoko Sasaki in charge of the manga illustration. It was originally a novel published by Kadokawa Shoten in April 1985. It later inspired a live-action film and manga illustration. The novel has a series of print sequels and spinoffs and had also added a new volume last year. The series has sold more than 170 million copies in the worldwide market.

The Promised Neverland Manga Is Going To End