Spoiler Guy
Home News Sk8 The Infinity Announced Its Premiere And Much More! 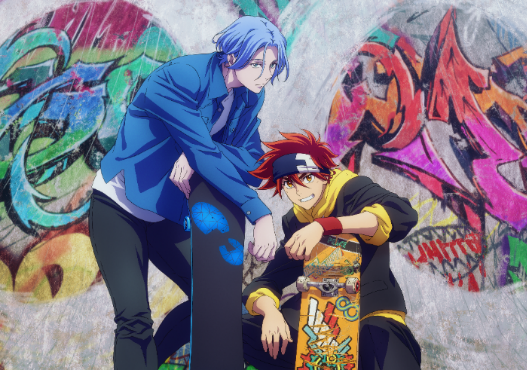 Herewith another update on Sk8 The Infinity. The official Twitter account of Sk8 The Infinity tv anime has revealed that the anime will premiere on January 9th, 2021. Hiroko Utsumi is directing the anime with BONES as the animation studio. ABC TV and TV ANiMAZinG!! to be a part of the programming block. Furthermore, it will be air at 2:00 am every Saturday. It has also revealed the cast of the upcoming anime including a new visual.

The story of the anime revolves around a second-year high school student, Reki. He loves skateboarding and in the process gets caught up with a dangerous underground skateboard race. Moreover, it is an abandoned mine with no rules. There is another main character Ranga. Ranga has recently returned to Japan from a foreign place. But he has never been associated with skateboards before. As the story follows he gets Ranga gets caught up with Reki and participates in the youth skateboard race battles and much more. For more information about the anime, you can click here to visit their official website.

Also for more updates stay tuned to Spoiler Guy and don’t forget to follow us on our social media accounts.