Spoiler Guy
Home News ‘So I’m a Spider, So What?’ Has Revealed Its First Promo, And... 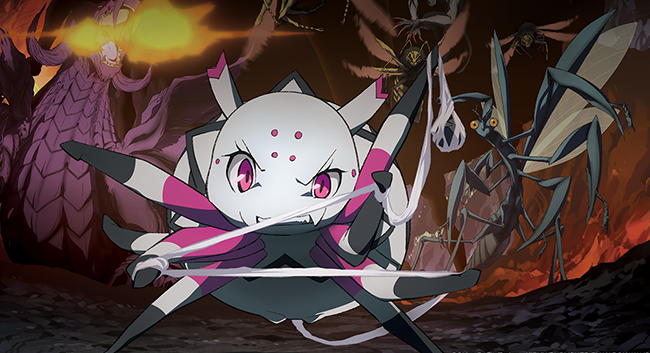 Hey there! Herewith an another exciting news on an upcoming anime series. In this post, we are going to take about the upcoming anime series, So I’m a Spider, So What?’ Has Revealed Its First Promo, And More!  Well, the official website of the anime has also revealed its cast, staff, visual and will debut on January 8, 2021.

According to the official website of the television anime, it has unveiled the cast, staff theme songs. Okina Baba is the author of the television anime with Tsukasa Kiryu as the illustrator. Kumo desu ga, Nani Ka is the Japanese name for ‘So I’m a Spider, So What?’. Furthermore, Crunchyroll is streaming the anime with English subtitles but it cannot be viewed in Asia. As per the promo, the video is attached below.

The anime will be broadcasted in AT-X every Friday from 8th January at 21:30 with its repeat broadcast on 9:30 every Tuesday or Thursday. It will also be further broadcasted on TOKYO MX, BS11, KBS Kyoto, and TV Aichi.

The story follows the main character who was supposed to be a high school girl but instead she gets reincarnated as a spider monster in a fantasy world. In the dungeons was born a villainous monster. She wants to survive but for that she has to defeat all the enemy monsters along with their spider webs and other traps. She is forced to use spiderwebs in order to trap her strongest of enemies and stay alive. Also she has the power of human wisdom and is an optimist. She was awakened in a dungeon filled with the vicious monsters. The plot is about the survival story of the girl in the labyrinth and her incredible mental strength even after living as one of the lowest ranked beast.

Shin Itagaki has directed the anime. Osamu Baba and Yuichiro Momose as series composition. Noriyuki Tanaka as the character designer with Masahiko Suzuki as the monster design. Yuichi Imaizumi is the sound director Millepensee production responsible for the animation. The opening theme song is keep weaving your spider way by mariko Azuki and Ganbare! Spider-san as the ending song. To know more you can click here to visit their official website.

‘So I’m a Spider, So What?’ (Kumo desu ga, Nani ka?) is originally a Japanese light novel series published in Kadokawa books. It has previously inspired a manga adaptation and the anime television adaptation is yet to launch in January. It has sold up to 3 million copies including e-books.

This was all about the upcoming anime series. Be sure to stay tuned for more updates. Also, read (Delayed) We Never Learn Chapter 184 Release Date and Spoilers!! Be sure to follow us on Facebook, Twitter, and Instagram for more interesting and the latest updates about anime.

Bushiroad will announce “Joran: The Princess of Snow and Blood” Original...