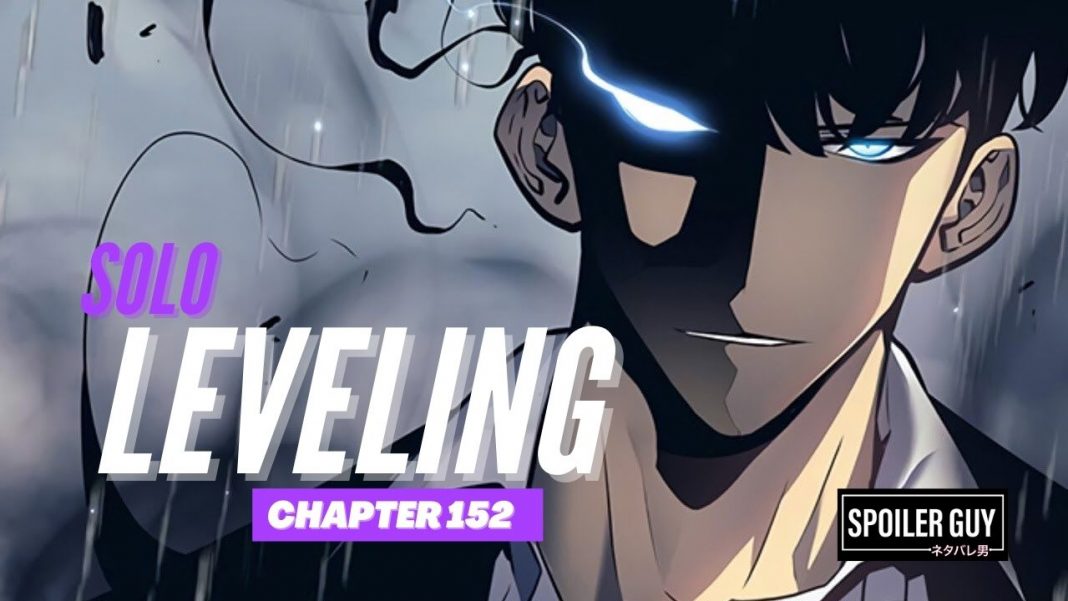 Solo Leveling has us all our attention with the action going on in every alternate chapter along with tension faced by all the hunters. As expected frost monarch could not do much to Sung Jin-Woo and commended that he has the power of 100 soldiers.

Frost monarch on recognizing his powers decided to back off. To save himself he decided to shift his focus to the chairman. Before leaving he mocks him for being a part of the shadow army. On the Otherside, Chairman, Go Gun Hee is heavily injured and can barely survive. Sung Jin tried to save him but he denied that his injury won’t heal and he has reached his limit.

Go Gun Hee places all his hope on Sung Jin-Woo, He asks him that when the time comes for him to choose, he requests him to stand by humanity. The death of the chairman has created chaos. Sung Jin Woo and Chairman’s assistant are pained to see his demise. He swears his life on taking revenge as well as protecting humanity.

he calls for a press conference. He asks them to take support under anyone who can protect the civilians and in case they don’t have anyone. They should approach him through the Korean Hunters Association.

You can also read: List of Manga that you must read if you loved Solo Leveling

In chapter 152 of Solo Leveling, we will see if the monarch of frost returns to take revenge from Sung Jin-Woo. He needs to be well prepared with his army before the war breaks out. Hopefully, there will be more actions in the upcoming chapters.

Heyyoooo shit about to gooo down. It’s about to get reeeeal, Solo Leveling dialling it up way past 100 in Chapter 151 & in future chapters. This going to be one hell of a ride. #SoloLeveling151 #SoloLeveling pic.twitter.com/VDFhMzmcja

Where to read Solo Leveling Chapter 152?

Solo Leveling is about a hunter who had blindly been following the dungeons to pay for the basic needs of his family. Later when he and his group face serious trouble, Sung Jin-Woo takes the lead. Most of his teammates get killed but he is able to figure out the terms of the dungeon and is able to save some of them. Later he realizes that some things have changed about him and then starts the Journey of Sung Jin-Woo from being nothing to a powerful hunter.

However, Sung Jin-woo is in a state of confusion because he doesn’t know whom he should fight against. He wants to protect his family and everyone close to him even if it means making all the hunters his enemies. Due to this, he is even ready to go against all the hunters. Previously his father was placed among the suspects to kill one of the top hunters.

Irrespective of that he still asks for the list of hunters he needs to protect. To have a better understanding of who is his friends and foe and to know their location he makes contact with everyone. This will make him keep track of everyone and also know who is a friend or a foe.

Thomas Andre enters the conference room, with his broken hand. He wants to know why did Sung Jin-Woo let go of his members. As a token of gratitude, he asks Sung Jin to ask him for something. After he leaves his secretary persists him to ask for something. At last, he agrees on a dagger. Everyone realizes Go Gun Hee is missing. Whereas he is trapped in another dimension.

Monarch of frost attacks Go Gun Hee. He tries his best to fight back but his body gives in. meanwhile the monarch of frost is already stabbed. Meanwhile, Sung-Jin reaches the location and fights the frost monarch. Realizing the strength of Sung Jin-woo he backs off. He says he will continue the fight someday. The death of Go Gun Hee brings about a sense of avenge in Sung Jin-woo and he decides to protect as many as he can.

The article will be updated with the latest scans and spoilers till then Stay tuned.