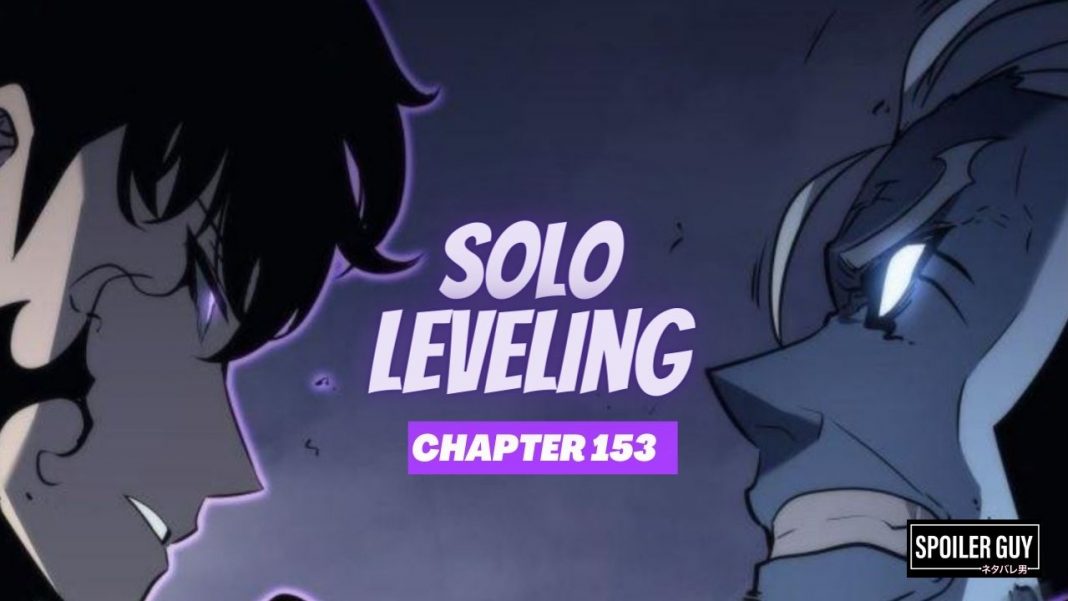 While everyone is grieving the death of Go Gun Hee, there is a meeting of the monarchs to bring down Sung Jin Woo. Therefore there is an exciting action-packed chapter coming up in Solo Leveling Chapter 153. On experiencing Sung Jin Woo’s strength, the shadow of frost wants to take him down since he may pose a great threat to their future plans.

The Monarchs are aware of Sung Jin-Woo after what he did to the monarch of white flames. They know it might be a suicide to pounce on him in the absence of monarch of dragon and the monarch of destruction.

With the absence of Go Gun Hee as the new president, the directors are worried about the successor of the position. A member who will be able to fulfill to carry out the duties just like Go Gun hee did. After intense speculation, they decide upon Woo Jin-Chul as the new president. However, Woo Jin-Chul is worried if he is too young and inexperienced for the position.

Thomas Andre decides to gift Sung Jin-Woo one of the two greatest swords from the underground. Now the question is how far will Sung Jin-Woo go with the power of the sword to save humanity?

Solo Leveling Chapter 153 will release on 27th May 2021. If there is a delay due to a pandemic or other reasons the change will be updated in the article. There hasn’t been a lot of delay in the release of Solo Leveling chapters. But fingers crossed for its upcoming chapters.

Where to Read Chapter 153 of Solo Leveling?

Previously Sung Jin-woo is in a state of confusion because he doesn’t know whom he should fight against. But after the death of Go Gun-Hee, he is determined to save everyone as much as possible. The last words of trust of Go GUn Hee have left an effect on him. He wants to take revenge on whoever killed the chairman.

He still asks for the list of hunters he needs to protect. To have a better understanding of who is his friends and foe and to know their location he makes contact with everyone. This will make him keep track of everyone and also know who is a friend or a foe.

Thomas Andre is grateful for Sung Ji-Woo for not harming his squad. As a token of gratitude, he asks Sung Jin to ask him for something. After he leaves his secretary persists him to ask for something. At last, he agrees on a dagger. However, Thomas Andre is thinking of gifting something much more than a dagger. More details of the weapon will be revealed in the upcoming chapter!

The monarch of frost may have backed off then. But Sung Jin Woo’s power was a humiliation for the frost monarch. He wants to finish him off with the help of other monarchs. But most of them back off and are not ready to fight in the presence of monarch of destruction and dragon monarch.

That’s all about Solo Leveling Chapter 153. The article will be updated with the latest scans and spoilers with time till then Stay tuned.