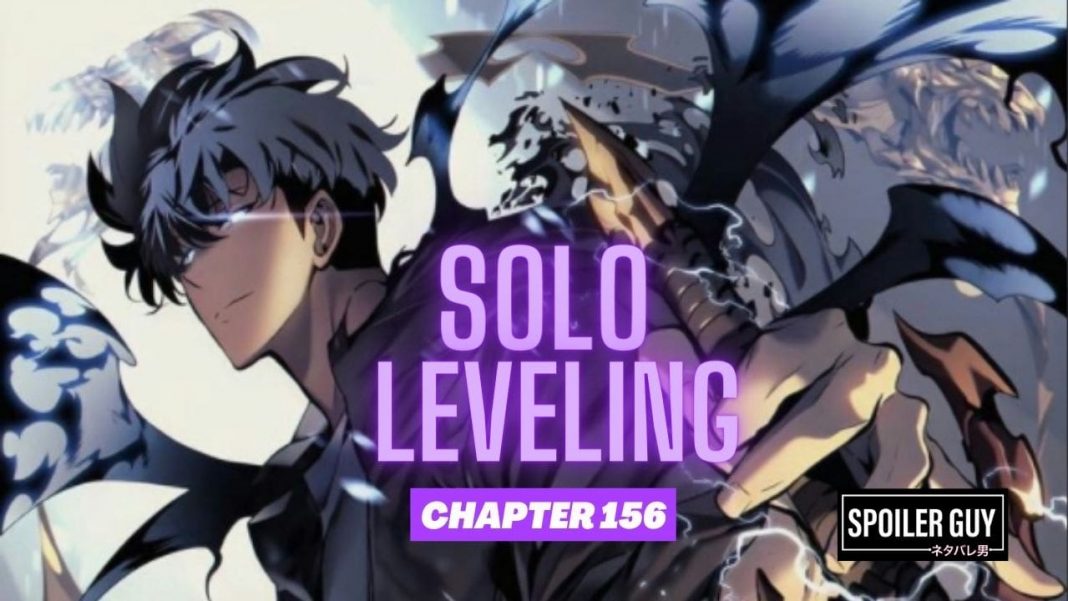 Solo Leveling Chapter 156 has left everyone worried about how sung Jin Woo will fight the approaching enemies from the other end of the gate. The protagonist, Sung Jin Woo seems real worried and helpless with the tense air around. The media and the citizens around the world are talking about the gates. At this time Sung Jin finds a contact saved as a friend, it is none other than Cha Hae In. She had previously come to save from the statue incident.

The calm before the storm/Date

Both of them, unknowingly have feelings for each other. As both of them were enjoying the company of each other before the gates opened again. Cha Hae In filled a bit of relief from the day she had entered the hunter association for two years. Sung Jin showed her the amusement part where the gates had opened and he had lost his father and the two had a good time. The previous chapter is about the calm before the storm arrived.

There has been no delay reported so Solo Leveling Chapter 156 will release on 17th June 2021. However, if there is any change it will be reflected here. The upcoming chapter will focus on the serious moments where the hunters will face the monarchs and try their hardest to survive.

Where to Read Chapter 156 of Solo Leveling?

Solo Leveling is officially available in Korean in Kakaopage. However, the English translations of the webtoon are released soon after the Korean chapter.

Sung Jin Woo couldn’t break through the barrier that has made him worried about the trouble waiting for him and the hunter association on the other side.  Previously he had promised over Go Gun Hee’s dead body that he will revenge his death and fight with the monarchs and revive humans. He feels helpless that breaking the gate with everything he has might incur more loss than saving.

On the other side, Jin Ah and her mom are thinking about evacuating their place. Since that way they can at least choose the place they die. Jin Ah is sad about the upcoming fights and that she won’t be able to enjoy college like the rest and has to think about survival at this hour. However, Jin Ah’s mom believes that her son Sung Jin Woo will save them just like her husband did.

The plot of Solo leveling has not always been very predictable. There have been losses along with the happy times where the hunters have made it through to the difficult of times. Nonetheless, the previous chapter was a comforting one as the two of them were sharing their final moment before the gates reopened the monarchs marched in.

Solo leveling is a south Korean web novel based on fiction. The manhua is serialized in the KakaoPage since 2016. Later D&C Media started publishing the novel. The second season of the novel is assumed to be serialized from August 2020. The art and plot of the web novel have gathered a huge fan base. It has led the fans to translate the manhua into various different languages. Netmarble Corp is also developing a game based on the plot of solo leveling. A drama is also being planned to release.

You can also read Tokyo Revengers Chapter 210 Release Date, Predictions, Spoilers, and Everything you should know!

The story of Solo Leveling began with a hunter who was blindly following the dungeons to pay for the basic needs of his family consisting of his sister and mother. Everyone mocked him because he didn’t have many skills as a hunter. Later when he and his group face serious trouble in the dungeon, Sung Jin-Woo takes the lead.

Most of his teammates get killed but he is able to figure out the terms of the dungeon and is able to direct the teammate’s ways to survive. He is also able to survive a few of his teammates. Later he realizes that some things have changed about him and then starts the Journey of Sung Jin-Woo from being nothing to a powerful hunter.

That’s all about Solo Leveling chapter 156. If you want more updates, stay tuned into SpoilerGuy.

The Quintessential Quintuplets Season 2 Episode 3: Who will Futaro Choose

The Healer Enforces Justice in Redo of Healer Episode 7 Uncensored