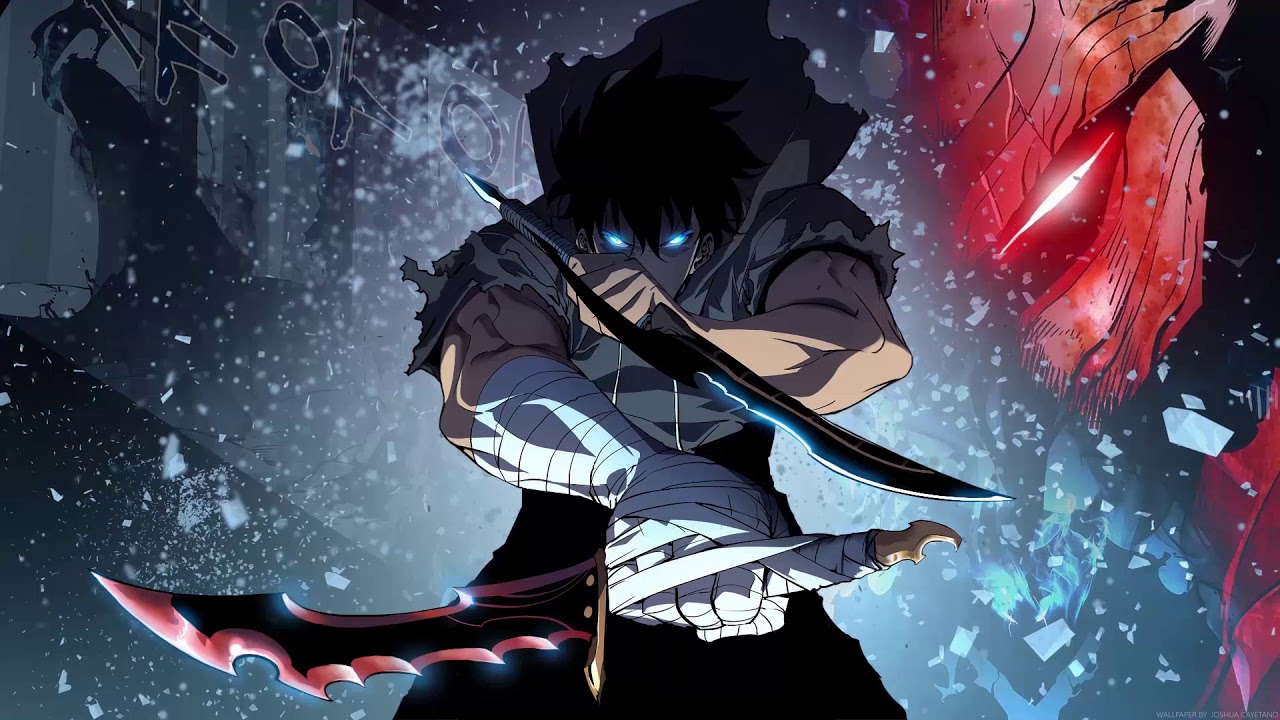 Solo leveling is one of the most popular manga out there, and for a good reason. This manga has a really beautiful art style, incredible story, waifus, badass characters, and really cool powers. If you start reading it, you will find yourself binging it in one or two marathons!

In this manga, the basic story of Solo Leveling revolves around “The Gates” that opened up 10 years ago which connected the monster’s world to the real world. To fight the monsters, ordinary people started receiving powers and they were classified as hunters.

However, not all hunters are powerful. The main character of the story Sung-Jin-Woo is an E-Rank hunter. That is to say, he also holds the title of the “World’s Weakest”. He risks his life every day and enters the gate with other hunters to support his sick mother and his sister’s education.

In one such raid, our main hero and his guild met a tragedy that led to the deaths of many. Sung-Jin-Woo got betrayed by other hunters and he had given up and accepted his death, however, he was granted a strange power as a result, leading him to the path of becoming the greatest hunter that ever existed!

What you can expect from this manga?

Overall, Solo Leveling is really good manga and I highly recommend everyone to give it a shot. I really liked the story of Solo Leveling. Also, the main character is insane and badass, there is really beautiful and pretty waifus and aesthetic artwork. This manga has a lot more to offer and there are hype moments throughout the manga and I can guarantee that you will have fun reading it!

Well, that’s what we have for today. Furthermore,  Make sure to follow our Social media accounts for exclusive reviews.

Best Christmas Anime to Watch in The Holidays