Spoiler Guy
Home Release Date Will There Ever Be Spy x Family Anime Adaptation? Here’s What You... 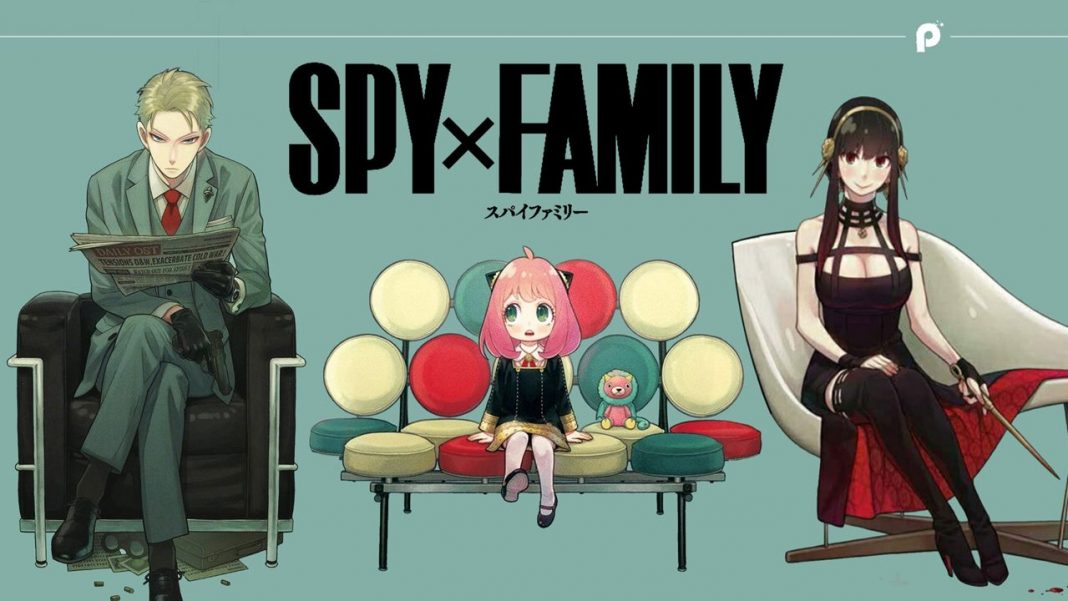 Spy x Family is one of those Manga Stories which need to be told in an anime format! And guess what? There is going to be a Spy X Family Anime adaptation! The Manga, which was released in Weekly Shonen Jump Magazine in late 2019, made it a quick fan favorite amongst the otakus. After the chapters were completed, Shueisha took the rights and created 6 Tankabons as of December 2020. Which has sold reportedly 3 million copies in One Year!! So the next logical step would definitely be a Spy x Family Anime adaptation.

The story was interesting and different to people reading the same type of shonen mangas for a long time. Despite being just 2 years old, Spy x Family’s fandom is massive. They are about to be treated with an anime adaptation. The Amazing Manga, created by Tatsuya Endo, is a story of a Professional Spy who gets the toughest mission of his life named “Operation Strix,”. Making him build a fake family to execute the mission given.

But the twist is when Loid “Twilight,” who hires Yor to be his wife and adopts the little girl Anya from foster, comes out to be quite an interesting person with amazing abilities.

The Wife Yor is an assassin who is actually named “Thorn Princess,”. The adopted daughter Anya has telepathy abilities, even though all three of them are trying these secrets from each other. But Anya knows the truth about the Spy x Family because of her supernatural abilities. There are many reasons why Spy x Family deserves an anime adaptation, and let’s go through a couple of them.

The Shonen anime genre has been releasing quite similar types of shonen animes out there, in which a boy takes an oath to complete his dream to become Somebody who he aspires to be. There is a lot of Rip off Naruto‘s in the Shonen Market for the last few years. And it is really getting boring, Dattebayo! Spy x Family is a breath of fresh air, an interesting new concept of just a pretentious Spy Family trying to keep their secrets away from each other and live a normal life.

The first goal of Loid was to bring in a fake family for the sake of his mission, but now as time passes by, he appears to be fond of them and likes their company. He starts to mature at a point where he starts acting like a father to Anya. The pretentious mother Yor, who never wants to get married, is also the one who is happy with her family now. She decides to protect them and love them despite the truth.

Yor’s brother was the one who was always behind her back to get her married to some guy as she was getting older, according to him. So her brother stopped nagging, and Yor has a family to look after. It’s a win-win situation for her. Despite being a fake family, halfway through the series, you can see how much they care and love each other. Spy x Family is a wonderful experience to begin with, and I think everyone should read it.

Currently reading Spy X Family and I am hooked! 😍 Can't wait to see the anime SOON. The father (Loid) is a spy, the mother (Yor) is an assassin and the daughter (Anya) can read minds.

Well it is just Loid and Yor who doesn't know their spouse's real job. 🤣#スパイファミリー pic.twitter.com/8qSOXrINj2

Looking at the popularity of the Manga Series, the next time big and logical step is definitely an Anime adaptation. If a big Animation Studio approaches Shueisha, we might see a Spy x Family Anime Adaptation in books. Big studios like Wit and recently Mappa invest in literally every good fan-favorite mangas and bring them life in the anime adaptation.

If Mappa Studios decide to take it in their hands, we might get a masterpiece and Netflix who has started their own anime league by investing in Netflix Original Anime. This will give a direct platform for the Series to be launched, or it can also be launched on Crunchyroll and Funimation.

The release date of the Anime hasn’t been decided yet but a very credible source, “Yonkou Productions,” tweeted out in its favor. The weekly Shonen releases are still going on, so there should be enough chapters to complete even a 12 episode season if there is an anime in books. Spy x Family has only 6 tankabons in serialization right now.

Spy x Family anime being planned (gonna be a while away)

Please consider that this isn’t any official announcement from the Publishers, but only a hunch from a credible source.

The Anime will release, but when? We don’t know, and we expect it to come into production by the end of this year. Taking the pandemic into consideration, we can say that Spy x Family can be released during the Spring of 2022. We will notify you whenever there is an official statement. Till then, enjoy the Manga.

You can also read: Best Anime to Watch, If you like Vinland Saga