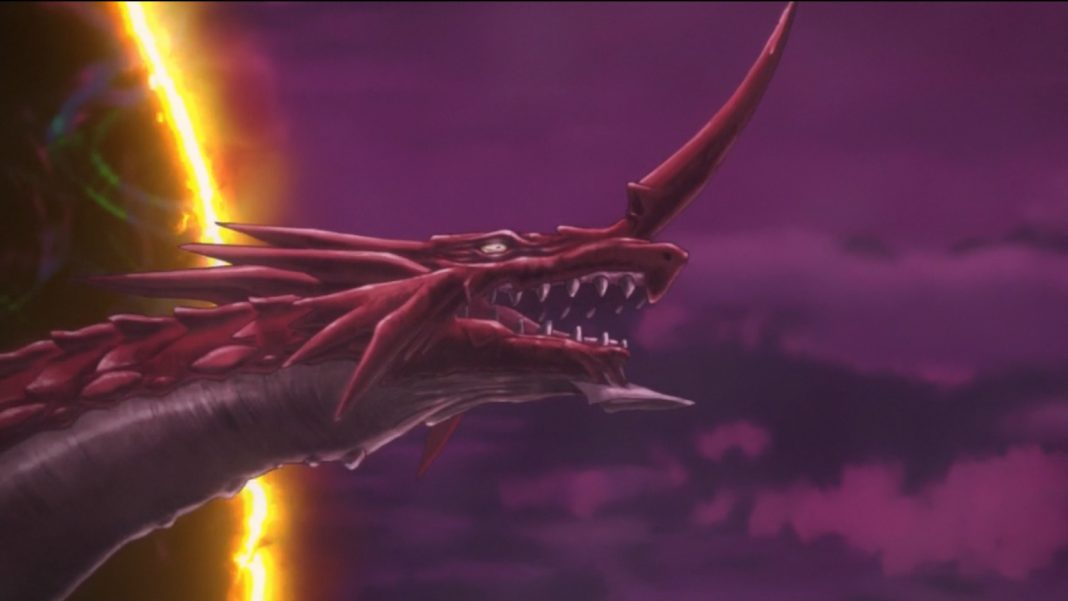 So here we have this list of Strongest High School DxD characters. Highschool DxD is one of the best ecchi animes which is made to date. There are also over top Powerful Characters.

High School DxD, in general, is also a good very good anime to watch for the plot, because it is quite interesting. The latest season of High School DxD which came out was Season Season 4, Titled High School DxD Hero. Introducing us with some of the Strongest High School DxD characters. You can also check out the opening theme here.

Vali is the only remaining successor of Lucifer. He also is in the possession of a Longinus called Divine Dividing, and the inheritor of a divine dragon, Albion. Vali was previously a member of a terrorist organization called Khaos Brigade. He is also considered the Rival of Hyoudou Issei.

Due to him being a possessor of a divine dragon and his divine dividing, he is one of the strongest High School DxD characters. His most powerful form is Diablos Dragon Lucifer or his DxD form. He stood his own against gods and devils using this power. Vali has killed Azi Dhaka with his power, who was a legendary evil dragon. Furthermore, He was also able to put up a good fight with Hades and Crom Crauch too.

Hades was one of the main antagonists of High School DxD. He wants to destroy the DxD team, all the Longinus users, and all the major leaders of the Devils and Gods. He is also considered by others as one of the Top 10 Strongest Beings in the world. His power is way more than that of Zeus and Posideon.

Hades also is able to withstand powerful attacks from foes. such as Issei’s and Vali’s Diablos forms. His Divine Aura was so powerful that even Vali’s Reflect ability didn’t work against it. He is also the leader of the Alliance of Hell. Their main aim was to get rid of all the Longinus and the DxD squad. Hades also came out unscathed from Vali’s attack using his full power so he’s quite durable too.

Crom Crauch is one of the strongest Evil Dragons and one of the most powerful characters in High School DxD. It is said that his power is on the same levels as of the heavenly dragons. He was also able to keep up with Vali’s Diablos Dragon From and fought to a standstill.

Like other dragons, he is very durable. He’s also able to withstand Issei’s Crimson Blast. He is also very good at hand-to-hand combat and even faster on his feet being able to keep up with Vali and Issei.

If Ddraig and Albion’s power hadn’t been sealed they would be among the top 10 beings in the world. During their prime, Albion and Ddraig were more powerful than the top 3 evil dragons combined. They both are one of the strongest High School DxD characters.

Vishnu and Brahma are the God of Protection and God of Creation respectively. They are the ultimate class gods both having the power to end and create worlds. Although we haven’t seen these gods in action but we know they are strong as they are considered among the top 10 strongest begins in existence.

Vishnu and Bhrama along with the other gods sealed themselves in a Barrier when the Trihexa attacked. They all asked Shiva to protect the world in their absence.

Indra is also capable of reading the minds of other gods and devils alike. Indra along with his great intellect is considered one of the Top 10 beings in the Existence.

Shiva, the God of Destruction is the strongest God in High School DxD. He is often considered the strongest entity to ever exist. Shiva is the only God who can defeat 666 even if the awakens. He is feared and respected by Gods and Devils alike. Shiva is also capable of predicting the future as he’s one of the Trimurti gods along with Bhrama and Vishnu.

He is also a very tactical person, able to outwit his opponents and outclass them in every single aspect. Shiva also has a very likable personality often seen joking around. He soon develops an interest in Issei.

Ophis might look like a small cute girl now but in reality, she is one of the most powerful dragons in existence. She generally has a blank expression on her face and rarely shows any emotion. Ophis is a Dragon God similar to the Great Red who is considered the strongest Dragon and one of the strongest High School DxD characters.

Ophis is so powerful that she could defeat both the heavenly dragons, Ddraig and Albion in their prime. She is also capable of giving her powers to others like in Issei’s case it allowed him to become the Diabolos Dragon God.

Great Red is the most legendary and the most powerful character in the entire series. The reason he is not on first is that he has no interest in showcasing his powers and lives in a different dimension. He is known as the Apocalypse Dragon.

Great Red is powerful enough to end the world without even getting serious, he is the only dragon who can defeat Ophis with ease. He can easily turn his thoughts into reality. He is also someone who gets powers from dreams. Great Red is also capable of creating bodies. He was the one who created Issei’s new body with his Flesh.

Issei is our main protagonist maybe he is the Strongest Highschool DxD character. Although he’s just a Pawn of Rias Gremory. His true potential and power rival that of Great Red and Ophis. He has received both their powers and blessing. Although in the beginning he is considered as on the same level as Vali, he quickly leaves him behind.

His most powerful form is AxA or Apocalypse AnswerArms. He can basically summon Apocalypse with this power. He becomes so strong that he could easily defeat Tartarus who is a legendary Greek God. Although only for a short period of time, his power becomes as equal or maybe more than Ophis and Great Red.

Well, this is it for the list of Strongest High School DxD characters. Do let us know if you want similar lists in the future. Meanwhile, you can also read the Strongest Characters in Jujutsu Kaisen. Also, be sure to follow us on Facebook, Twitter, and Instagram for more interesting and the latest updates about anime.