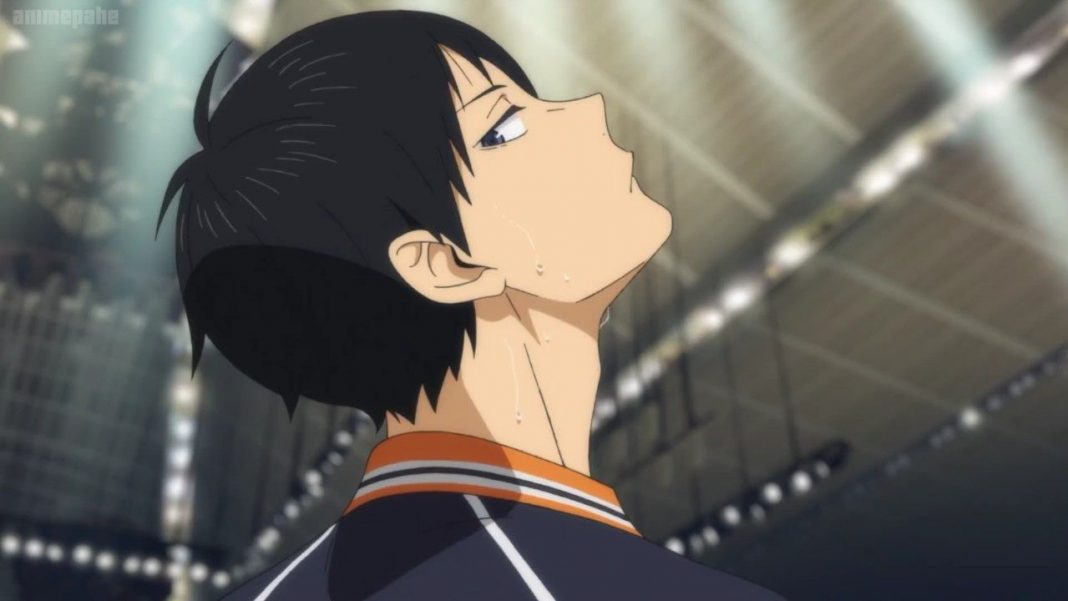 Today in this post, we will be talking about the strongest servers in Haikyuu. Haikyuu just wrapped up its 4th Season just now. Karasuno’s match against Inarazaki was one of the best matches in Haikyuu till now. It showed us all things that unfold in Volleyball Matches.

After watching the match, I notice how serves and service aces play an important role in changing the course of a match. Be it Miya Atsumu’s PinPoint Serves or Kageyama’s and Asahi’s Cannon like serves. Therefore, many of you are left wondering who exactly are the strongest servers in Haikyuu.

Keep on reading this post at SpoilerGuy, to get to know more about these powerful servers in Haikyuu. Also, you can read more about the upcoming season of Haikyuu here.

Note: There might be a few spoilers ahead. If you want to avoid them I suggest skipping over the details. And there might be some spoilers from the manga too.

Serving is a very important part of volleyball. During a service is the only time in a volleyball match that a single person is going against their opponents. Basically, someone who one of the strongest servers in Haikyuu should be easily able to win that 1v5 matchup.

Here is the list of servers who have managed to do exactly that, and made their opponents baffled with their untouchable serves.

Kinoshita and Yamaguchi are some of the most underrated characters in the entire haikyuu series. They both act as pinch servers for their team. Karasuno has a wide array of servers and players. But both of them when given the opportunity manage to get service aces whenever their team needs them too.

Both of them have the ability to deliver jump float serves with pinpoint accuracy. This makes them both one of the strongest servers in haikyuu. Both of these players have developed a Serve and Block combo too. It involves breaking down the formation of players through service and making them go on the offensive. However, this makes it easier for them to guess where the attack will come from.

Eita Semi is very similar to both Yamaguchi and Kinoshita, but a bit more powerful and has the ability to perform jump spike serves. This makes him much more viable in terms of pure offensive capabilities. His serves are accurate and powerful which makes him one of the strongest servers on the list.

However, he acts as a pinch server for his team. On top of his serves, he is also an excellent setter. During the match against Karasuno, he is able to get a service ace which threw Karasuno’s formation into the trash. Overall he is one of the best pinch servers in Haikyuu.

Although, Bokuto can be seen as a weaker form of Miya Atsumu. What he lacks in power and a mindset of a server he makes up for it in the terms of Sheer Power and Will. On top of a powerful serve, he has the ability to follow through with his serve. Therefore, in his top form, his serves can be seen as pinpoint accurate with a lot of firepower behind it.

He is also considered one of the 5 aces of the country and therefore also one of the strongest servers in Haikyuu.

Aran is considered Inarizaki’s Ace and is an All-Rounder. His spikes are very consistent and accurate. We have seen his serves many times in the match between Inarizaki and Karasuno. Although in the match Karasuno had to give their best in every receive to get the ball to the other side of the net making Aran one of the strongest servers in Haikyuu.

His serves don’t stand out that much in particular but what is fearful is his ability to dish out these serves consistently even at the end of the matches. This is what makes him one of the best servers in Haikyuu.

Hoshiumi is dubbed as the Little Giant for the Inter-High Volleyball Competition. Despite being as small as Hinata he is an all-rounder in every aspect and one of the strongest spikers in his team and the entire tournament. Despite his small stature, he is able to do a Jump Serve with extreme power and accuracy.

This makes him one of the strongest servers in Haikyuiu despite his lack of Height. He’s as powerful as Bokuto being able to plow through the other team’s defenses.

Wakatoshi is built like a Tank and as well as Tall. His serves are frighteningly powerful being able to ragdoll the receiver just with its power. The only thing he lacks is Accuracy. Although his power more than compensates it. On top of that, his confidence with his serves never wavers.

All of this together makes him a beast and one of the Strongest Servers in Haikyuu. In his match against Karasuno, most of his serves were a chance ball and others were just Aces.

Asahi or the Samurai of Karasuno is one of the most Strongest Player in Terms of Power in Karasuno as well as the entire series. There are only a few people like Wakatoshi who has more power than him. In the match between Karasuno and Inarizaki, Asahi absolutely obliterated Inarizaki’s defenses with his power in spikes and serves.

He is exactly like Wakatoshi but is less powerful and more accurate than him. It is also stated that he starts the match with 70% of his power and as the match progresses he goes to full 100% power. In his 100% form, his serves are either straight up Untouchable or Chance Balls. He has enough power to absolutely crumble a three-man block. This is what makes him one of the strongest servers in Haikyuu.

Atsumu Miyais is known as Japan’s Best Setter. The only reason he’s below Kageyama is because of his low level of dedication as compared to Kageyama. His serves are basically very easy to Predict but despite that, you can’t receive them.

He is called a Dual Wielder because he has mastered both Jump Serves and Jump Floaters. Although, he does things by the book still it so that the opponent is not even able to touch the ball. Even Nishinoya who is one of the best Liberos in the game finds it extremely difficult to receive those serves. This makes him one of the best and the strongest server in Haikyuu.

The only place where Kageyama is better than Atsumu is his nerves of Steel and as well as his Teammate Hinata. The rivalry between Hinata and Kageyama has pushed him to the very limits of his abilities and he trains intensely to best him every day. He is called the King of The Court.

Due to his ability to set and his pinpoint accuracy, he’s able to deliver serves that are very accurate and highly powerful. They are basically a more accurate form of Miya Atsumu’s serves. It is also said that in the Olympics he got 5 Service Aces in a Row against the French National Volleyball team. This makes him one of the Strongest Servers in Haikyuu.

Toru is hands down the best server as well as the strongest server in Haikyuu. It is said that his serves have evolved so much that his serves now look like full power spikes. Due to his natural observation skills and his pinpoint accuracy, he is able to skillfully place his serves with so much power between small gaps that no one is able to touch the ball at all.

Even his Jump Floaters are as powerful as spikes, making it even harder for his opponents. He is also the primary setter and server for Argentina National Team. He is no doubt the strongest server in Haikyuu.

Well, this is it for the list of the Strongest Servers in Haikyuu. Hope you liked reading about this. You can also check similar articles like Strongest High School DxD characters and as well as the Strongest God of High School Characters.

Also, check out the upcoming episode of Attack on Titan and as well as the latest chapter of the Manga. Follow us on Facebook, Twitter, and Instagram for more interesting and Latest Anime Updates.