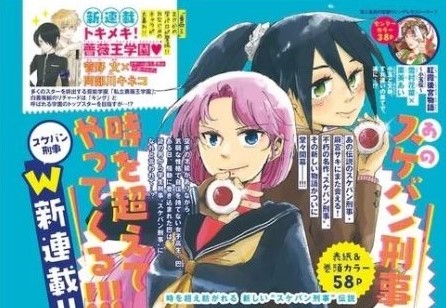 Hey Everyone! Sukenban Deku has reported releasing two brand new manga in January and February respectively. It has also revealed the release date and scroll below to know more.

Moreover, the next issue of the magazine will also include the pre-serialization of another Sukeban manga. Ashibi Fukui is the author of the new manga, Re: Sukeban Deka. The manga will appear March 2021 issue of the monthly princess magazine in February.

The story revolves around a delinquent high school student, Saki Asamiya. The police make a deal with Asamiya to be an undercover detective. In return, her mother will be pardoned for the crime of killing her husband. Eventually, she agrees and she is made to go undercover in a high school in Japan. Her task is to investigate in order to stop the illegal activities.

This was all about the upcoming manga. Be sure to stay tuned for more updates. Also, read My Hero Academia Chapter 294 Release Date and Spoilers “This blog is written by Spoiler Guy.” Be sure to follow us on Facebook, Twitter, and Instagram for more interesting and the latest updates about anime.