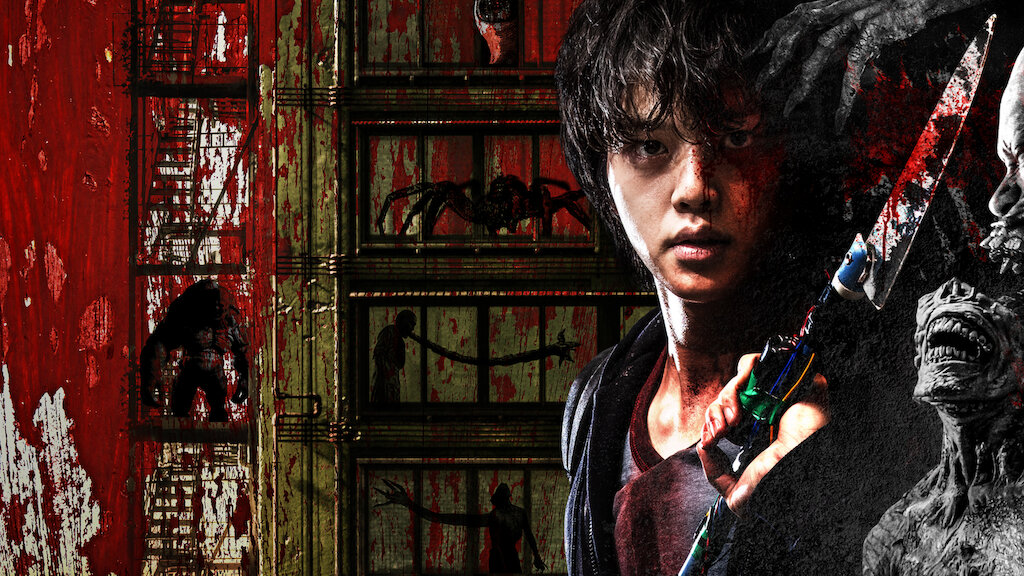 The adaptation of the popular manhwa, Sweet Home, finally wraps up its first season. Viewers are now looking forward to Sweet Home Season 2. So, in this post, we have included everything you need to know about the second season of this popular Korean Drama that you all are looking forward to.

Before starting, let us have a quick look at the review of the previous one and other details for the upcoming Season 2 of Sweet Home.

The K-Drama industry is known for releasing the best drama out there that makes the whole world love them even more. The amount of love they are getting is unimaginable. From the uncountable K-Drama list, there is one that literally stole the K-Drama fans attraction recently- “Sweet Home.” The series manages to attain positive reviews and critics after the premiere. Furthermore, let’s not forget the fact that this series has webtoon adaptation as well.

On December 6, the franchise released the trailer of the series-

As we’ve already mentioned above, this series also has a webtoon adaptation. So as soon as this trailer release, fans got super excited to see the real-life adaptation of one of their favorite webtoon.

If we talk about “Sweet Home Season 1”, the series ended with a cliffhanger maintaining the hype of “Sweet Home Season 2”. With all the fictitious elements, the series managed to reach the viewers’ heart because all of them feels so realistic. Viewers literally got engaged in the series from episode 1 to the last, episode 10. But on the other hand, the hardcore fans webtoon seems disappointed. Overall, fans got thrilled with the release of Sweet Home season 1 on Netflix.

This series included the finest actors of South Korea, starting with-

Cha Hyun Soo plays a high school student who is suicidal because his family was killed in a Car Accident. We also learn a few secrets about him in the later episodes that his Father’s Boss son badly bullied him.

Lee Jin Wook plays an exciting role in Pyeon Sang Wook. He is my favorite character, and as well other’s too. He is unfortunately misunderstood as a Gangster, but in reality, he is a Shaman who fights the Evil Forces with his own Evil.

Lee Si Young Plays the role of a Bad Ass but Retired Fire Fighter. However, unfortunately, his finance disappeared two days before his wedding. And he will do whatever to find out the cause.

Lee Do Hyun plays Lee Eun Hyuk, who is probably the smartest character in the story. He is responsible for leading the survivors to safety and is very quick-witted.

Episode 1 of Sweet Home Season 1 picks up Sweet Home’s story by introducing us to Cha Hyun Soo. During the first scene, we see him fighting in what appears to be a Disputed Area. We didn’t understand this much at first. But, after that, the story takes us back one month.

Cha Hyun Soo is a very depressed person and doesn’t leave his home much after his family’s death in a Car Accident. However, one night he finds out that someone has eaten the Ramyeon he had ordered. He finds out who did it and unfortunately stumbles upon a Creepy Woman who is seen holding a Dead Cat and only it’s head.

Spooked, he goes inside his apartment, but unfortunately, one of his neighbors asks for his help. Things start going downhill after that; Neighbour turns into a Monster who eats everything. Simultaneously, the building he lives in is placed in a LockDown because of some so-called Vampire Monster. And the story kicks off from there.

We will get to know more about the Story in the Second Season of Sweet Home.

After his family’s death, Cha Hyun Soo, who is a loner and doesn’t interact with others, moves into a new Apartment. However, on one unfortunate night, things start going downhill for him and the other people who live there.

Netflix has made an interactive Sweet Home game where you choose where to go next and its so cool!

Their Building is infested with so-called monsters who take the form which showcases their hidden desires. Other Survivors, including Cha Hyun Soo, tries to survive this Mayhem.

The Last Scene of the Show is what gave me the most Chills. Sweet Home Season 2 will have its fair share of Twists and Turns. As only a few people made it safely out of Green Homes, it would be fascinating to find out what happened to them.

The ending is insane. Season 2 will happen. #스위트홈 #sweethome pic.twitter.com/qHdh8FqDpv

There are still a lot of things that are left unanswered in the First Season of Sweet Home. Like, what happens to Sang Wook? Is he Dead after helping Yu Ri? My guess he is undergoing metamorphosis before transforming into a monster. It would be fascinating to see how this plays out. I am very excited about Sweet Home Season 2 as we will get to know more answers to the mystery of other characters’ survival.

The Music and the Sound Design in Sweet Home Season 1 were perfect. It did it’s very best to help the viewers immerse more into the story. It would be excellent to see this theme carry on the Sweet Home Season 2.

If you want, you can check the opening of Sweet Home Season 1 in the video attached above.

Sweet Home Season 2 – Everything We Know So Far

Season 1 had me hooked. But, little did I know it’s gonna end on a cliffhanger. Season 1 of Sweet Home was received correctly. It topped the most watching list worldwide. Therefore it is highly likely that there are high possibilities of a Sweet Home Season 2.

And on top of that, there are already more than 140 chapters of the Sweet Home Webtoon available to draft a script and more.

When Green Homes destroyed, Eun Hyuk started bleeding the exact way an infected person should be. So, as we already know that Euk Hyuk is under the apartments’ ruins and might get infected, his metabolism will be different and might give him some regenerative abilities, which could save his life.

What happened to Sang-Wook?

This could be the biggest question among the fans right now that, What happened to Sang-Wook? As we could remember, we saw Sang-Wook died in his own blood pool as he helped Yu Ri. All the fans believed that Sand died, but the twist in the end literally manages to put the hands on the forehead. The series revealed that Cha Hyun Soo awake in the military van driven by Sang-Wook. How is this even possible?

As per our predictions, he goes into his own transformation in his final moments, which makes him alive after that life taking incident. And now, he is in his “Golden Hour” of his monster form.

What is going to happen to the remaining survivors?

As we already know, Eun Hyuk made it pretty clear that the military cannot guarantee safety as the remaining survivors keep changing or transforming into monsters. So, some tragic beginning and a happy ending are highly expected from Sweet Home Season 2.

As of now, there is no official confirmation from any one of the staff. However, if I were to speculate, I’d say Sweet Home Season 2 will release in October 2021. Due to Covid, Production and recording may be delayed.

However, the producers will try to make the Second Season of Sweet Home Available for us as soon as possible.

As we know, there is already a Webtoon of the Same name as the Show. The first season was adapted from the webtoon. So there are a lot of chances it will do the same for the 2nd Season.

The Director also hinted that he would also try to show a different perspective from the Webtoon. So expect a few changes to the Orginal Plot.

Sweet Home Season 2 will probably have the same cast, and as of now, no updates, but we will let you know just in case there are any surprise additions.

Where to Stream Sweet Home Season 2 and Season 1?

All the episodes of the first season are available to watch on Netflix. You can probably stream the 2nd Season of Sweet Home on Netflix as it is a Netflix Special.

I want to conclude by Saying that Sweet Home is a Master Piece in the Netflix Library. It has garnered the interest of many people, and a lot of people will be excited about watching the upcoming Season 2 of Sweet Home.

This is it for the update on Season 2 of Sweet Home. While you wait, you can check up on Other Kdramas that you can watch this month. True Beauty is also one such Kdrama, which is very good. You can read more About True Beauty here.

Will True Beauty Have A Season 2? Expectations and Possibilities for...