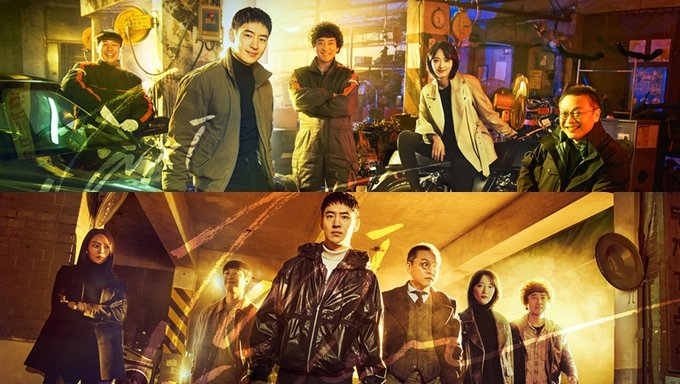 Taxi Driver got a grand premiere for the feisty action-packed drama it promises to be! Based on a webtoon by the name Red Cage by Carlos and Lee Jae-Jin. After two adrenaline-inducing episodes, viewers cannot wait for episode 3 to air.

With a star-studded cast of Lee Je-Hoon, Esom, Pyo Ye-Jin sizzling chemistry is to be expected. A Badass lead with a group of justice seekers ready to fix those who the law couldn’t and there you have it a recipe for success.

Let us see why it needs to be on your to-watch list this weekend onwards and what to expect from Taxi Drivers episode 3.

A trigger warning to all viewers, this is not for the weak at heart. The source material consists of gore, rape, pedophilia, and many other disturbing themes. Considering that it is airing on SBS they will tone it down, but better to be safe than sorry.

Where It All Begins

Serial Killers, scammers, bloodsucking bosses, corrupt officers, and whatnot. Various kinds of criminals exist out of whom most don’t even get to pay for their crimes. The core cast of a Taxi driver has made it their aim to hunt down these scums.

“Don’t die, Get Revenge, We will do it for you.” is the tagline for the deluxe taxi service designed for revenge. Owned and operated by Sung Cheol, a victim himself it looks like an ordinary taxi service from outside.

But a special underground area with a total of 5 dedicated members, including him it works for their secret service. Dok-Ki, who also lost his mother to a criminal is uninterested at first but Sung encourages him. And so he joins the group in serving justice.

The aim is to catch these criminals and reform them in their style. In the first episode, they catch a sexual predator who seems to regret nothing even after leaving jail. Putting them in Chairwoman Baek’s lair from where escape is unlikely.

Of course, this is not good news for the prosecutor in charge. Ha Na is a righteous prosecutor who wants criminals behind the bars. She grows suspicious of the deluxe taxi. It turns out her boss plans to send her to Sung to work with him!

Meanwhile, they get a call and a new mission. This time it’s an intellectually differently-abled girl named Maria who was abused and exploited by her employers. Turns out not just the employers, but also the job finder and police were involved in the mess.

Be it the sexual predator or this lowlife Jeotgal factory owner who abused employees, the taxi guys wrap them up in the same way! Fooling them into either getting into the taxi or catching them off guard and breaking their bones. Dok & Co are flawless and make it so satisfying to watch.

The innocent feel relieved while the evil finally gets judged. While they rot in Baek’s possession, Ha Na draws closer to the truth behind the taxi service. What will happen once she finds out about their unlawful methods? Will she support them or not?

Find out in Taxi Drivers episode 3.

The first interaction of Dok and Ha doesn’t seem very promising. Considering her obsession with catching thieves it is unlikely that she will give in to unlawful methods. Taxi Driver episode 3 may start a conflict that may subside fast?

Sung and Co. aim to hit the criminals where it hurts to reform them. But the stronger the opponent gets how far can they carry this facade of a taxi service? Taxi Driver episode 3 is likely to bring out the issues of a secret job that also this dangerous.

While the first two episodes started with social issues, Taxi Driver episode 3 onwards will get darker. With themes like bullying etc. Taxi Driver puts up a strong social commentary about the plight of the victims.

Taxi Driver episode 3 may also let us know the story behind the other 3 members joining this job and their motivations. Overall the true aim of the service owner is still shrouded in mystery.

But Taxi Driver promises to be an action-packed, espionage thriller. With the epic car chases in episodes 1 & 2, Taxi Driver gears up for an even more satisfying episode 3.

The source, the webtoon name Red Cage can be read on Tapas. A few episodes are free after that a subscription is required.

Taxi driver episode 3 was released on 16th April 2021 and can be streamed on Viki.

New episodes of Taxi Driver air every Friday and Saturday on Viki.

Also Read: Is Something Wrong With Deok?