Spoiler Guy
Home News The Day I Became A God To End In 12 Episodes And... 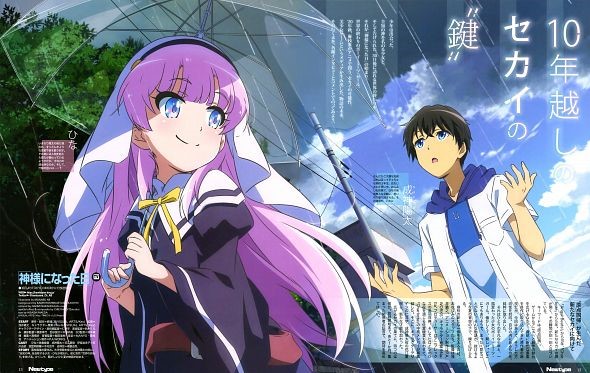 Not so good news for “The Day I Became A God” fans! The official site of The Day I Became A God has said the anime will end in 12 episodes. To further add to this, the anime has said to release Blu-ray disc and DVD home video of the same. It will release in six volumes and will ship on December 23, January 27, February 24, March 24, April 28, and May 26.

About The Day I Became A God

Kami-Sama ni Natta Hi is the Japanese name for The day I became A God. It is an anime television series, first premiered on October 11, 2020. P.A Works and Aniplex have produced the anime. Yoshiyuki Asai has directed the anime. Jun Maeda has originally written the screenplay and in charge of the story. Na-Ga has designed the characters. The Day I Became A God is the third original series from the Visual brand Key. Previously they have created the anime Angel Beats in 2010 and Charlotte in 2015. Maeda and Na-Ga have both been a part of the visual novel brand Key.

The story revolves around Yota Narukami and a girl named Hina. During their last summer vacation of High school, Hina appears out of Nowhere and declares herself to be “The All-Knowing God”. Hina further says that the world will end in the next 30 days. Yota gets convinced of Hina’s God-like power and the other prophecy of hers. She then starts living at Yota’s Place. This starts their eventful summer vacation before the end of the world.

The anime is available in Funimation. Do give it a watch if the plot has interested you. To know more click here to visit the official website of the anime. You can also check out Spoiler Guy for the latest updates.