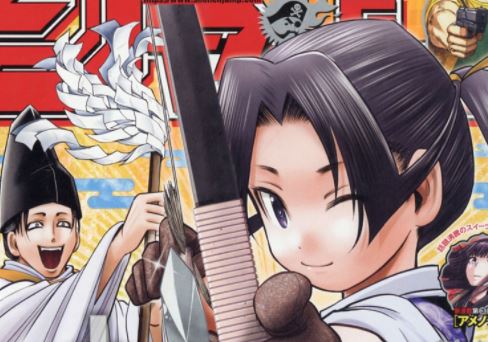 The manga of The Elusive Samurai has grabbed everyone’s attention in a very short time. With each chapter, Tokiyuki Hojo learns a new lesson. However, in the recent chapter, he made a friend with a thief, Kazama Genba. With one more retainer added, What more has Suwa Yorishige planned for Tokiyuki to come on par with Takauji Ashikaga? We will find out in The Elusive Samurai Chapter 16.

In the process of stealing the command, both Tokiyuki and Genba worked together to burn the storehouse. Also, their doubts about each other were cleared where both of them had a choice to turn against each other but instead chose to escape together.

The Elusive Samurai, Ch. 15: A sinister warrior rises through the Emperor’s ranks! Read it FREE from the official source! https://t.co/JFEyu7Ku78 pic.twitter.com/xQXtxl6N3E

In the previous chapter, we saw how Tokiyuki Hojo was able to buy some time on behalf of Sawa Yorishige and his shrine. On the other hand, Takauji Ashikaga had played his dices very well which led the emperor Go Daigo to let go of his own son Moriyoshi Shino. He was removed from his position while Takauji gained more fame. His immense popularity and military skills have made everyone look up to him and everyone fails to see the demon that lurks underneath that pretty face.

You can also read: One Piece Chapter 1013- Release Date, Spoilers, and Expectations

On the other hand, Genba is drunk and is annoying everyone with his mischiefs. In chapter 16 of the Elusive Samurai, we will see Sawa coming up with new techniques to train Tokiyuki. Such that someday he is able to achieve what Sawa has foreseen in the fate of Tokuyuki Hoji.

Just like the other chapters, The Elusive Samura manga Chapter 16 will release on 16th May 2021. In case there is any delay or update, the chapter will be updated with due information.

Where to read The Elusive Samurai Chapter 16?

Chapter 16 of The Elusive Samurai is officially available in Viz Media, MangaPlus, and the official websites of Shonen Jump. The websites require membership to read the chapters. However, you can read the latest six chapters for free.

The Elusive Samurai is all about a young heir to the Hojo Clan. Nige Jouzu no Wakagimi is the Japanese name of the manga. The one thing Tokiyuki Hojo is best at is to run away. The plot of the manga is set in feudal Japan during the periods of Kamakura and Muromachi. However, after the meeting Suwa Yorishige his life has changed.

Instead of running away from his fate, he is forced to face life and death challenges every day. The reason behind it is to avenge the fall of his clan due to the betrayal of Takauji Ashikaga who was one of the trusted and respected warriors of that time. More than that he was the most beloved person in the eyes of the young heir, Tokiyuki Hojo.

That’s all for now. For more latest updates, stay tuned to Spoilerguy.