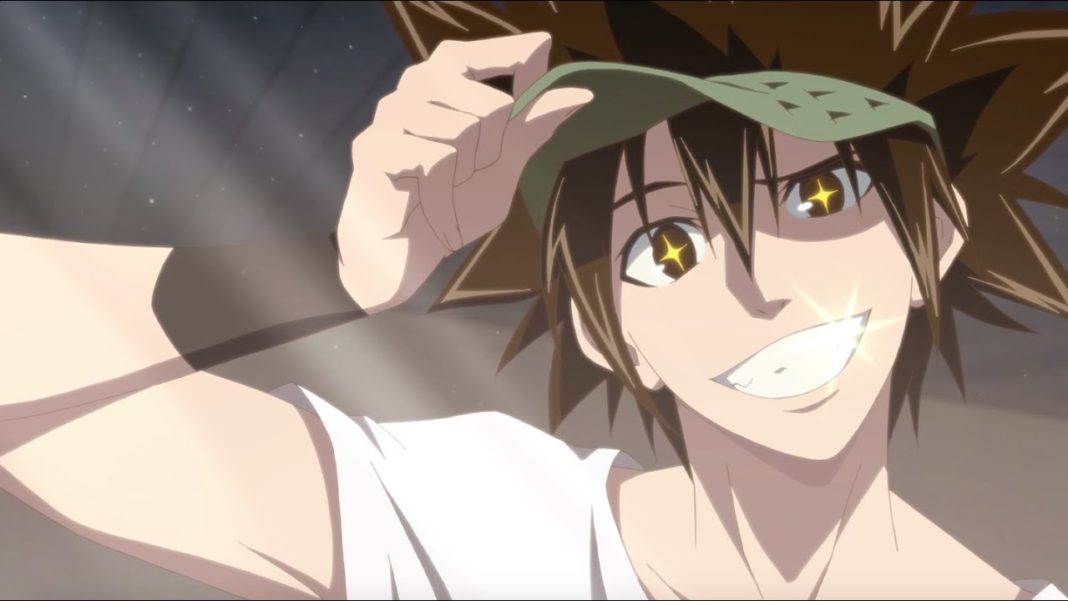 Crunchyroll recently released an anime adaptation for the popular Korean Webtoon, Tower of God. And, it’s only been a few weeks. And now, Crunchyroll will be announcing The God of High School anime to all the webtoon fans out there. The series is going to be a “Crunchyroll Original series”. Moreover, the studio has released some details on this anime.

As of now, the studio has released the trailer, cast, staff and a key visual for the first season of The God of High School Anime.

The plot for this anime adaptation revolves around a high schooler and his friends. They fight each other in an epic tournament with unbelievable powers the gods lend them. But soon, they discover a mysterious organization… with the promise of their heart’s deepest desires and wishes, they fight to win the tournament. However, their lies something much greater than this beneath the stage of this tournament.

The heavens will rumble.

With such an interesting plot, The God of High School anime is ready to have you amazed.

Recently, the official website for the show and Crunchyroll itself revealed the visual for this anime adaptation.

Although, the visual doesn’t explain much. But one thing is for sure, the character designs are on point.

The Youtube channel recently posted: “A first look at the upcoming original series brought to you by Crunchyroll!”

Sunghoo Park will be directing the anime adaptation at MAPPA(Dororo) and Manabu Akita (Kakegurui) will be designing the characters (No wonder why the characters are beautifully drawn). The cast includes:

The above three are going to be the main lead of this series.

The release date for The God of High School anime is confirmed to be July 2020. The exact date will be out soon!

Where to Watch The God of High School Episode 1?

As of now, there are no official sources. But the series is a Crunchyroll original, which makes it obvious that all the episodes of this anime adaptation will be available on Crunchyroll. Moreover, we highly condemn the usage of an illegal streaming website to watch anime. You can read more about Anime streaming websites here.

Well, that’s what we have for now! Make sure to follow our Social media accounts. The release date for Fire Force Season 2 is out as well, so make sure you read our recent on that, as well.