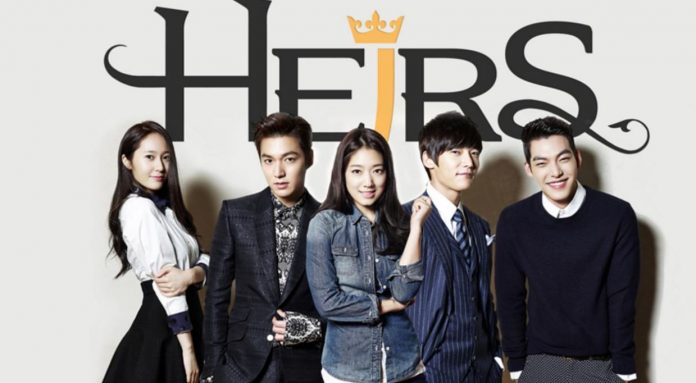 Friends can be potential enemies because they know too much about each other  –These were the words of Kim Tan, the male lead of The Heirs. It is surprisingly so true yet not spoken about many a time. The Heirs, released in 2013, was such an interesting and eye-opening K Drama. There are few Kdramas that one holds close to his/ her heart and this, is surely one of those. To everyone who is eagerly waiting for The Heirs Season 2, the article will answer all your questions!

It has been eight years since Season 1 released the heirs. Yet, it stays so close to our hearts. It begins with Lee Min- Ho surfing like a pro. His looks and skills blew our minds away. The first season of this was both enjoyable and thought-provoking at the same time. K-drama lovers across the globe are eagerly waiting for season 2.

This Kdrama revolves around the lives of Kim Tan and Cha Eun-sang. Kim Tan is the heir to the Empire Group. Cha Eun Sang is the daughter of a mute mother who works hard to send her elder daughter money. Like any Kdrama, this too has an adorable love triangle. There is jealousy, ego, and selfishness portrayed as well. There arises trouble when the heirs realize the difference between money and real-world instances.

The cast of the Heirs Season 2?

The handsome male protagonist Kim Tan is played by Lee Min Ho. Park Shin Hye plays the role of Cha Eun Sang. Kim Ji -won plays the role of Rachel Yoo and Kim Woo Bin plays Choi Young -Do.
The casting could not have gotten better. The chemistry between the actors and the way they acted totally knocked our socks off.

The PD of ‘The Heir’ said they’re ready to make ‘The Heir Season 2’. They said the first Actor who joined as the lead act is from @BTS_twt that is Kim Tae Hyung or known as V, The Grammys Nominee pic.twitter.com/4h1k0rO9sf

Kim Tan has got everything that anyone could dream of, money, looks, and height. Everyone would definitely be jealous of him for these reasons, but he also has two mothers, a half-brother, and a complicated life. He stays away from his family as he left for the US and returns a while later.

Cha Eun Sang is an adorable, sweet, and enduring girl who takes up many part-time jobs to support the family. She falls in love with Tan. However, like any other true love scenario, they too go through many hurdles.

Choi Young- Do, the heir to Hotel Zeus, is the handsome second lead involved in this drama’s love triangle. He and Tan were best friends but became enemies when they fall for the same girl.

Rachel Yoo, a capable and smart girl who is forced to dance to her mother’s tunes. She is beautiful and sharp. She is not fond of Cha Eun Sang’s encounter with Tan.

The drama has a typical Cinderella base, but the twists and extended characters make it very interesting. What’s important is that the drama ended on a happy note.  Kim Tan’s and Cha Eun Sang’s love story ended in happiness. Isn’t that really satisfying?

Now to the important question:

Fans, both Koreans and overseas, are demanding for season 2 of The Heirs. Many fan pages across various social media platforms are eagerly waiting for Season 2.Lee Min Ho’s military service ended in 2019. He had mentioned a big project that he would be a part of right after him coming back. However, we had the outbreak of the COVID19 pandemic. Yet, let’s not lose hope. This, too, shall pass. For now, all we can do is wait and continue to support them. Rumour has it that The Heirs season 2 will happen soon. SO, fingers crossed.

Watch The Heirs on NETFLIX