Spoiler Guy
Home News The Hidden Dungeon Only I Can Enter Released Second PV, Premiere And... 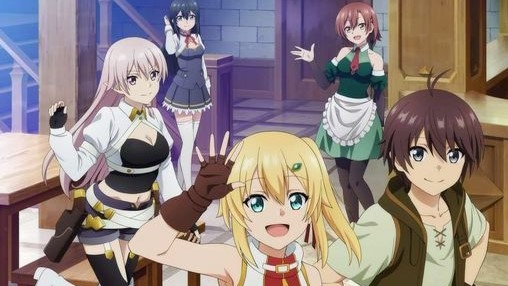 The Hidden Dungeon Only I Can Enter

According to the official website, revealed the promotional video as well as few characters. The anime is inspired from a light novel series. The promo previews the ending theme song” Nemophilia”. Coalamode is credited for the song. Furthermore, the anime has revealed the voice actors, Akari Kito will be playing Luna. Also Yuki Nagano as Alice.

Further the anime will premiere in January 9 at 2:25 am on TBS and MBS. Other than that it will also run in BS-TBS later and will launch in At-X on January 10. Crunchyroll will air the anime as it runs in Japan.

Kenta Onishi is directing the anime. Kenta Ihara is in charge of the scripts. Yuya Uetake in charge of designing the characters. To know more click here to visit their official website.

The story centers around a dungeon. It is hidden as well as unexplored. The dungeon is said to contain rare items as well as rare monsters. The main protagonist is the third son of a poor aristocrat family, Nor Stargia. He loses a job offer and comes to know about the dungeon. As he opens the door he meet Olivia, a legendary adventurer. She is trap in the labyrinth. Stargia has three powerful skills. His skills allow him to create, bestow, and edit them in order to use it. To collect points he needs to engage himself in activities like eating delicious meals, indulging in sexual things in order allure members of the opposite sex.

This was all about the upcoming anime series. Be sure to stay tuned for more updates. Also, read Attack on Titan Chapter 135 Release Date, Where to Read AOT Chapter 135? “This blog is written by Spoiler Guy.” Be sure to follow us on Facebook, Twitter, and Instagram for more interesting and the latest updates about anime.