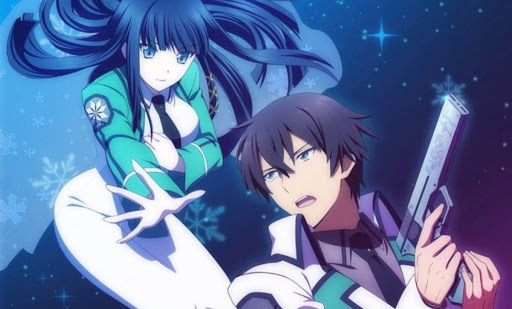 The Irregular At Magic High School Season 2 Episode 9 Coming out this week. Fans are pretty excited for the next Episode. Although the last episode was pretty interesting we want more Tatsuya.

However, Episode 9 for The Irregular of Magic High School will show us the conclusion of the fight between Tatsuya and his friends with the Parasites. As well as where Pixie fits in this situation.

Keep reading more to get to know more about Ep 9 of The Irregular at Magic High School Season 2. Stay tuned to SpoilerGuy for more such releases and other news.

The last episode has left fans hyper for the next episode. Tatsuya, Honoka, Miyuki, and Pixie finally confront the other parasites. They all disagree with them. Tatsuya and others manage to defeat three of them. Read more to get more details of the story and the upcoming Episode 9 of The Irregular at Magical High School.

All the remaining episodes for The Irregular at Magic High School Season 2 will be airing on Sundays. If there are no delays Episode 9 will be coming out at the specified time. Be sure to check up on this Article to get updated if there is a delay.

The Irregular at Magic High School Season 2 Where to Watch

You can watch the latest episodes of The Irregular at Magic High School 2nd Season Episode 9 at Hulu and Funimation. Accordingly, you can also catch up with the last season if you wanted to on Netflix. However, The Second Season is currently not available in the Netflix Library.

Also be sure to watch The Irregular at Magic High School Season 2 Episode 9 in a legal manner. We condem the use of any illegal anime straming sites. You can read more about the anime streaming websites here.

This post from here on contains massive spoilers from the upcoming episode. In case, you wish to refrain from reading spoilers then you may stop reading now.

In the last episode we saw that how the USNA operation is thawrted by JSDF. Tatsuya and Miyuki, along with Honoka asks pixie about the Parasites. Pixie says that they are a single being divided in differnet lives. Since they are just information they don’t have a physical body so they a host to live. Pixie also informs Tatusya about other parasites like her.

The group decide to go and confront the other parasties. The other prasites asks pixie to jion up with them. She refuses and declares that she loves Tatsuya.

Well, this is for the update on the latest Episode 9 of The Irregular of Magic High School Season 2. While you’re at it, make sure to read our recent on Demon Slayer Epilogue and Cells at work Season 2 Promo.

Check up on Spoiler guy for more such articles and follow us on our social media to get updated with the latest upcoming anime news.