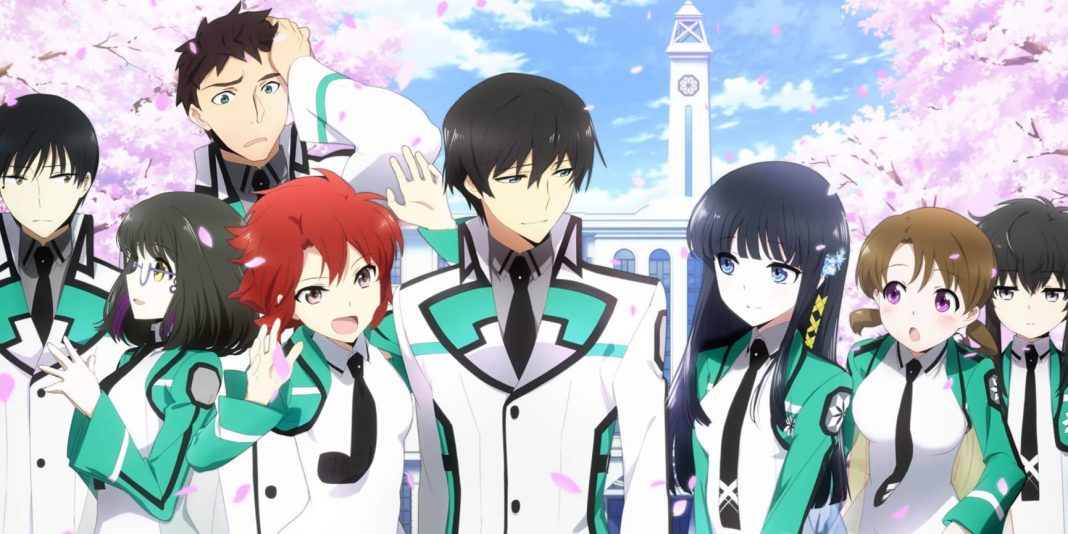 All set for otakus who had long-awaited for the next release of The Irregular at Magic High School. The anime was supposed to air in July but got delayed due to COVID-19. Aniplus Asia has posted the premier sequel of the hit Sci-Fi series, which will air on 4th October at 1 am GMT+8.

Casting members of The Irregular at Magic High School and more.

The casting members include Yūichi Nakamura as Tatsuya Shiba, Saori Hayami as Miyuki Shiba, Yōko as Angelina Kudō Shields, and Leonhard Saijo as Takuma Terashima. It also announced its song artist for The Irregular at Magic High School Season 2  The opening song will be Howling sang by ASCA  and the ending song is Na mo Nai Hana by Miki Satō.

The Irregular at magic high school or Mahouka Koukou no Rettousei originally published as an internet web novel in the year 2008. It received a manga adaptation in 2013 and an anime adaptation in 2014 by Madhouse. Among the 26 episodes, the first seven volumes of the light novel aired in summer 2014. The series was much appreciated and its light novel had appeared on Sugoi Japan’s 2015 polls.

The mangas of Irregular at magic high school were mainly from the perspective of Miyuki. The Girl Who Summons the Stars is a volume in the Mahouka Koukou no Rettousei. The Light Novel series and was released in theater on June 17th, 2017. Now the second season of the anime will be covering the Visitor Arc (volumes 9-11) as per the current reports.

Thanks for checking out this post for more updates stay tuned to spoiler guy. Also, check out the other updates Higurashi 2020: When they Cry Reboot and Ayakashi Triangle Chapter 15 Release Date