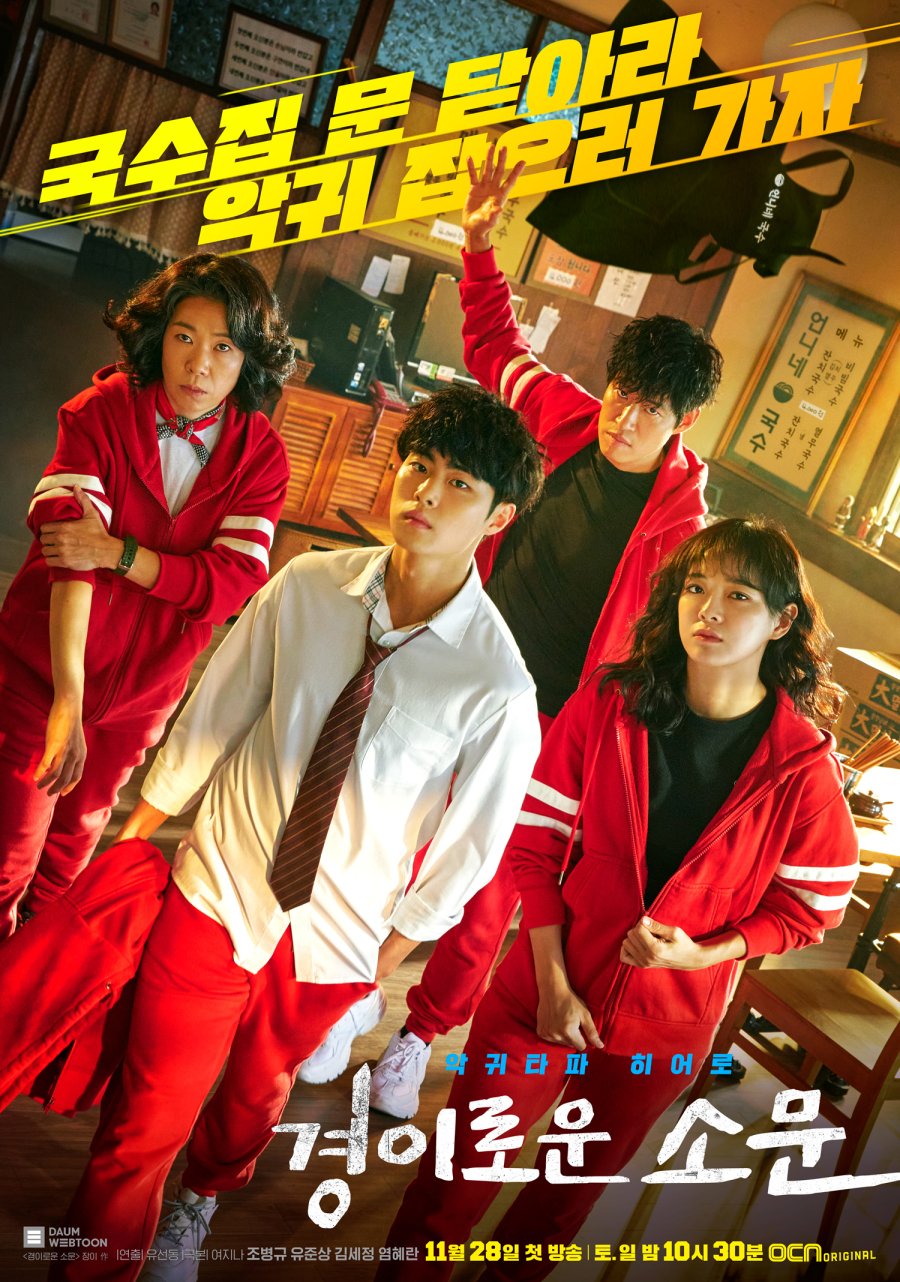 Howdy Guys, In this post we are going to be talking about the upcoming kdrama known as- The Uncanny Counter Episode 1. We’ve included details of the official release date of the Extra Ordinary Episode 1. But before that, let’s have the synopsis of this upcoming Korean-drama-

About The Uncanny Counter

This is the story of the demon hunters known as- “Counters” who come to earth under the appearance of employees at a noodle restaurant. Their mission is to capture evil spirits that have returned to earth in the trailing of eternal life.

Jo Byung Kyoo as So Moon

So Moon is the youngest of the Counters. It was revealed that after suffering from a mysterious car accident as a child, he eventually becomes a main attraction among the Counters.

Jang Cheol Jung is a Counter with monstrous strength. As for the more information- He’s a former police officer who lost his memory 7 years ago after a certain accident. On the other hand, he is unable to stand idle in the face of injustice.

Do Ha Na has the ability to sense the position of evil spirits, even those that are hundreds of kilometers away. She can also read memories of others through contact or just a touch.

Chu Mae Ok is a Counter with healing abilities as well as the emotional pillar of the team.

Choi Jang Mool is the oldest Counter. He’s in charge of all of the Counters. Furthermore, he is a living legend among the Counters in Korea.

The Uncanny Counter Episode 1 is going to release on 28th November 2020.

Majo no Tabitabi Episode 11 Release Date, Spoilers and Where to...