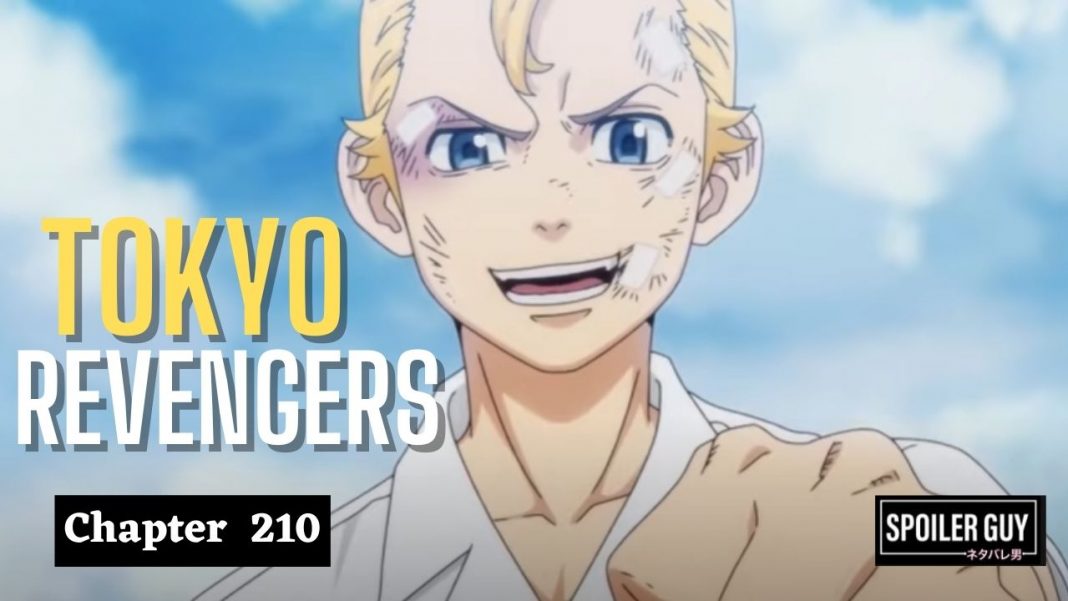 Tokyo Revengers has already the final arc. Takemichi has succeeded in his initial purpose of time travel which was to save his high school girlfriend, Hinata. However, he has another purpose as well, it is to resolve the issue with the Toman gang. He desperately wants to save Mickey who had once accepted Takemichi in the Tokyo manji gang. In Tokyo Revengers Chapter 210 we will get to know “Will Takemichi to be able to save Mickey in the final arc?”

tokyo revengers ended with this scene everything else is fake pic.twitter.com/prx1YvGsft

In the new chapter, we see Takemichi is back in time. Mickey tried to save people matters to him in return he had to sacrifice himself to the toman gang. The settling terms with the Toman gang have pushed him to the edge.

In the previous chapter, we saw Mickey broke up with the Tokyo manji group. Also a lot of members with familiar faces moving on in their lives. Pah chan and Peh chan are seen looking for rooms and they are all quite picky. That’s what led them to open their real estate company. The members of the group reunite and Hakkai invites Chifuyu and Takemichi to meet everyone.

Chifuyu asks Takemichi to share his plan with everyone but he disagrees. Takemichi is happy to see everyone, He understands how everyone has moved forward in their lives. Chifuyu does part-time at a pet shop and everyone has their own goals or their own goals to work for. He gets flashbacks of the days he shared his dreams with Mickey and he swore to protect everyone.

In the present timeline, Takemichi is able to relate to what Mickey had said back then. However, Takemichi wants to save Mickey from his fate and do anything possible to bring him to the future. He doesn’t have many leads. Just then his phone rings, it’s Draken Kun! he asks Takemichi to come and meet him.

Ken Ryuguji is also known as Draken has also something ploy set up. He is also a good friend of Mickey. Calling Takemichi at this hour might also result in them sharing similar thoughts which is to save Mickey and take him back to the future in one piece.

There hasn’t been any delay reported in the release date. In that case, Tokyo Revengers Chapter 210 will release on 16th June 2021. However, if there is any further change it will be reflected here.

Tokyo Manji Revengers are one of the award-winning manga of Kodansha. Takemichi falls into a future he had never imagined. A future where he had achieved nothing and lost his high school girlfriend and finds nothing much to live for. But he gets a chance to rectify everything of the past.

With repeated time travel the manga has come a long way from Takemichi and his group getting beaten up by the Tokyo manji group members. From there the group has come a long way where everyone has a purpose. The manga has already entered the final arc: The final battle to end it all. However, Takemichi doesn’t want Mickey to shoulder the words he said in the past. WIll Draken be able to save Mickey along with Takemichi?

This is all about Tokyo Manji Revengers Chapter 210. Till the release of the next chapter stay tuned to Spoiler Guy.