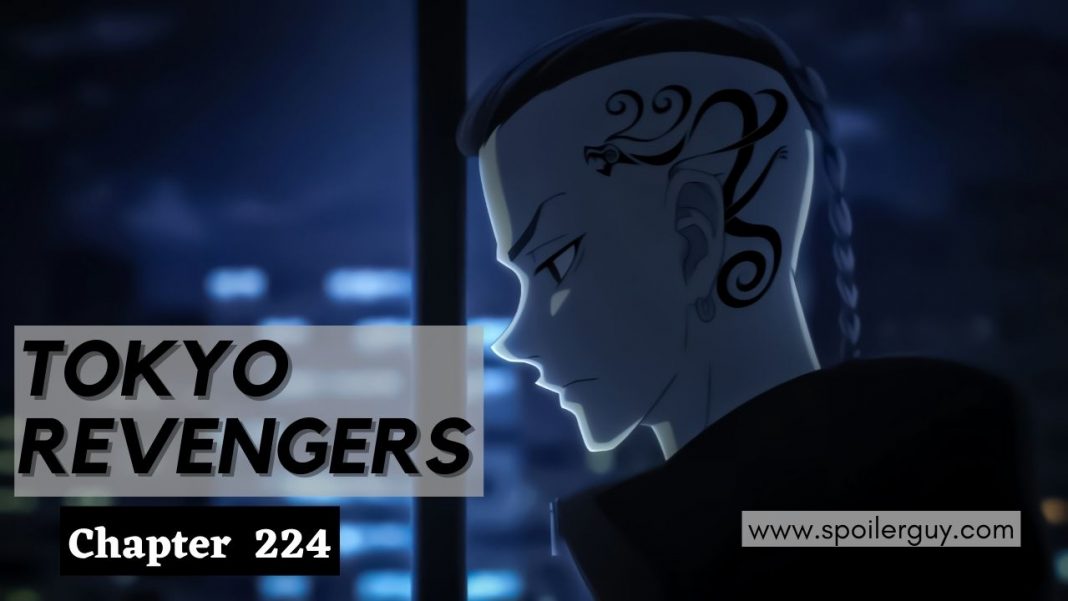 The last chapter of “Tokyo Revengers” 224 will reveal what happened to Draken. This problem has been going on for weeks, and fans would be happy to see it finally come to a conclusion. If this pattern continues in the next chapter, readers may expect to witness more excursions down memory lane.

Fans may watch the responses of Brahman, Kantou Manji, and even Rokuhara Tandai to the whole situation if author Ken Wakui kills or allows Draken to survive in the future chapter.

What the fuck is this!??? pic.twitter.com/ZO35uVCpLi

Draken recalled a reminiscence he had with his Toman brothers in his frail and dying state. The Tokyo Manji Gang’s leadership went to the beach on the first day of the year in 2005 to see the first dawn of the year. Chifuyu, Angry, Smiley, and Hakkai, the gang’s founders, were all present.

Chapter 224 leaks of Tokyo revengers has me crying. I’m begging to see Emma say “it’s not your time yet” OR JUST “not yet” PLEASE DRAKEN PLEASE pic.twitter.com/cU4cjqKpw8

Draken recalled Mikey standing in front of the sun, urging him to hang on to it since it was the entire world to him. In answer, Draken informed his leader, “This year, we shall conquer the entire globe.”Draken reflected on his lifelong love, Emma Sano, in the chapter’s final two panels. He informed Emma that he was on his way, and the final panel depicted Emma clutching Draken’s hand.

On September 29, Tokyo Revengers chapter 224 will be published. Between September 27 and 28, readers may check out the spoilers on different social media platforms, including Reddit. Raw scans, on the other hand, generally appear online on Tuesday night.

Those interested in reading the manga can do so at Kodansha. Last week marked the end of the first season of the anime version of “Tokyo Revengers.” Liden Films, a Japanese animation company, is yet to confirm if the series has been renewed for a second season.

One of Kodansha’s award-winning manga series is Tokyo Manji Revengers. Takemichi awakens in the future he could never have predicted. A future in which he will have done little will have lost his high school love and will have no reason to exist. He is, however, offered the opportunity to make amends for his previous errors.

Since Takemichi and his pals were beaten up by members of the Tokyo manji group, the manga has come a long way. The group has since developed to the point where everyone has a part to perform. The manga has already begun the last arc, which is the ultimate battle that will bring everything to a close.

This is all about Tokyo Manji Revengers Chapter 224. Till the release of the next chapter stay tuned to Spoiler Guy.

Jujutsu Kaisen Chapter 142: Sukuna Is Back!!!