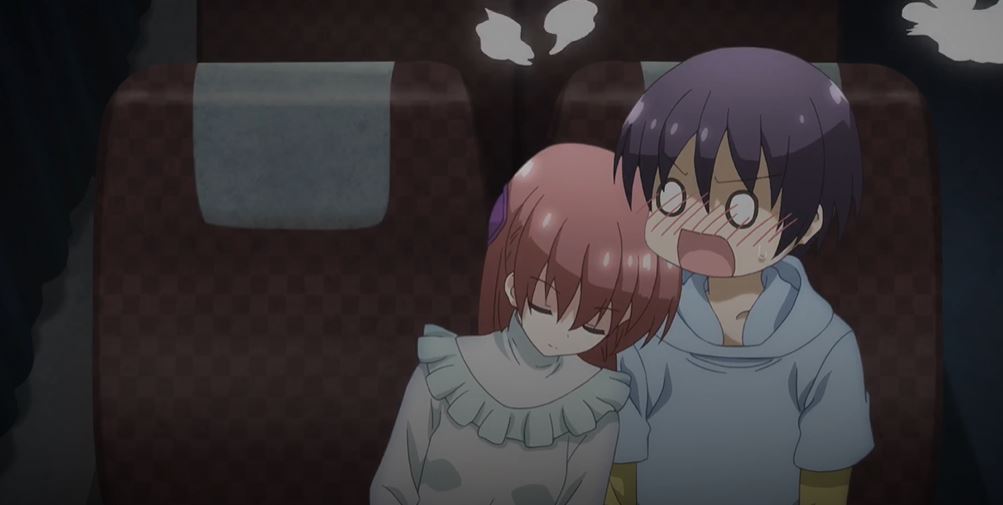 In this post, we are going to talk about the latest Tonikawa Episode 7, Release Date, and More. Tonikawa or better know as Over the moon For you is originally based on a Shounen Manga by Hata Kenjiro. Tonikawa is probably the cutest Anime which is airing this season. It is a must-watch for anyone who loves romances or Slice of Life in General.

Seven Arcs Studios are responsible for this animation. Their other major works involve Sekirei, Dog Days, and many more. It’s basically a very well made slice of life anime which will get you over your blues anytime you watch it. So let’s discuss the upcoming Tonikawa Episode 7 Release Date and More.

The Latest Tonikawa Episode 7 will release on Saturday, November 14th, 2020 at 1:05 AM JST. Note that the time and date will be different according to your time zone and the place you stay.

Tonikawa Episode 7 where to watch?

This episode is super cute. We see how eager Nasa is to get a bigger apartment. He wants to sleep on the same bed a Tsukasa and take a bath together and watch movies together too. But if they want a new apartment they would need a Guarantor. This makes Nasa Relaize that he hasan’t told his Parents about his marrige.

After talking to them over a phonecall, Tsukasa shows a desire to meet them. They end up planning a trip to Nara where Nasa’s parents live. Tsukasa wants to take a night bus instead of Shinkansen becuse she is amazed by the fact that you could reach the destination just by sleeping over night. Pretty much the episode ends when they reach a service stop and decide to go in and get some food.

Tonikawa tells us the story of a cute Romance between Yuzaki Nasa and his wife Tsukasa. Nasa is basically a genius and wants to become an Astronaut. He while studying for the exams to become an Astronaut meets a mysterious girl who saves him from a life-threatening accident. Nasa immediately falls in love with her and after his 18th birthday, they get married. So here we have this cute romance between the smart and charming Nasa and her beautiful and mysterious wife Tsukasa.

Well, this is if for the update on Tonikawa Episode 7. Also, read about Danmachi Sesaon 3 Episode 7 release date. Be sure to follow us on Facebook, Twitter, and Instagram for more interesting and the latest updates about anime.

Tonikawa Episode 9 Release Date, Spoilers, and Where to Watch the anime?