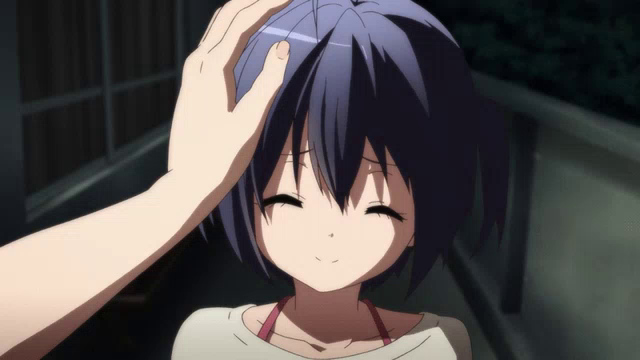 In this post, we are going to talk about the Top 10 Kawaii Anime Girls. 2020 has already been a tough year for most of us. So here is a list to make you feel warm and good and take away all your blues.

Well, now without any further delay. Let’s talk about Top 10 Kawaii Anime Girls. Accordingly, Be sure to stay tuned to SpoilerGuy for future Updates and lists like these.

She is the first entry on our list of Top 10 Kawaii Anime Girls. Yui is actually an AI that was found by Kirito and Asuna. They both then deiced to about Yui as their daughter. Although at the beginning of the series she was a bit traumatized and sad, as she spent more and more time with Kirito and Asuna she changed.

She is also very smart, given that she is an AI. Yui is able to help Kirito and Asuna multiple times.

Umaru is the cutest main protagonist of the anime. She basically has two modes. One she becomes a potato and lazes around in the home and the other normal one.

She is basically a toddler in a teenager’s body. Umaru is really good at games and studies and can be regarded as the cutest honor student in her school. Her older brother calls her a Himoutu and is worried about her different forms.

Nagisa is the wife of Tomoya, who is the main character of Clannad. She is the most Kawaii girl maybe rivaled by her own daughter in the anime. She is very shy and sweet and is introverted. Nagisa is also very optimistic and her kindness also makes her one of the most Kawaii Girls on this list.

She is also very energetic often motivating herself by taking the name of the foods she will get to eat later. Nagisa is somewhat of an airhead which makes her even cuter in some situations.

Yui is one of the most Kawaii Girl from K-on. Like Nagisa, she is also airheaded. She is the lead vocalist and the guitarist for the band Ho-kago TeaTime. Yui is also very straightforward and often likes to hug other girls and hold hands.

She joined the light music club because she thought that light means easy so she will be able to take it easy. Yui is actually really dumb but when she focuses on something she can advance rapidly.

She is a type of Blood Cell in Cells at work and the most Kawaii girl in the entire series. She has the appearance of a very cute child and looks like a kindergarten student. Platelet is very polite and possesses good leadership qualities.

She also likes getting patted on the head by other cells especially the RBC. She and the other platelets are responsible for treating wounds in a body. Platelet is very likable and humble in nature and one of the most kawaii girls on this list.

Latina is actually a devil, who is Dale’s adopted daughter. She is kind, compact, and very kawaii. Latina is also very cheerful and helpful. She likes helping Dale and others by helping serve in the Bar. Latina is very adorable and is able to melt the hearts of brutal adventures who are willing to go to any level to protect her smile.

However, she is actually an abandoned Devil. That’s why in the beginning she was very scared of being alone. Although after some time with Dale she becomes really happy with her life.

Sumi is one of the girls in Rent a Girlfriend. She is extremely shy and silent often not speaking at all just making cute sounds. Sumi is Kawaii and shy but she tries her best to talk. When she meets Kazuya, she tries her very best to talk, in fact, this makes her even cuter.

She also tends to overthink, having funny monologues in her mind. Sumi has one of the cutest and the most kawaii personality ever.

Rikka is a hands-down the kawaii chunnibuyo of this list. She believes that she possesses the Tyrant Eye. Rikka generally wears an eyepatch to cover her eye which also gives her a cute appearance.

Shiro is the main female protagonist of No Game No Life. She is basically a neet along with her brother. Shiro is cute and most of the time emotionless. However, she is one of the most intelligent girls on this list. She is also an attention freak and get’s angry when his brother hangs out with other girls.

She is like a cute little creature, also a bit sadistic at times. Most of the time she’s seen with her brother.

Kanna is a main character from Kobayashi san chi no dragon. At first glance, she looks like the most gentle and cutest creature on earth. But in reality, she is a Dragon and a powerful one at that. She is also somewhat playful and mischievous often playing pranks on others.

Kanna is also very cute when doing anything. She is also very attached to Kobayashi and often shows it. Kanna is hands down the most Kawaii girl on this list.

Thanks for Sticking to the end of the list of Top 10 Kawaii Anime Girls. Hope you liked it. Also, read The weakest Uchihas Ranked at SpoilerGuy. Also, be sure to follow us on Facebook, Twitter, and Instagram for more interesting and the latest updates about anime.