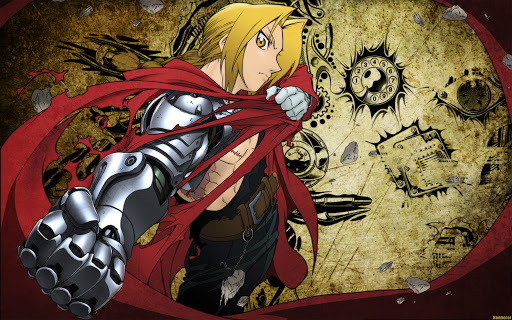 Today we look at the list of the most watched anime series on this planet or it’s better to say- Otakuverse, maybe across all the genres. Here at Spoiler Guy, we made this list to help you get antiquated with the anime and if you like the description might as well give it a try. So let’s start this list and get ready to discover the 10 most viewed anime on this plant.

Before I saw this series, I thought of this show on multiple occasions as Death Note with mechas. Personally, I believe that the similarities between the two series are superficial at best. The Story actually rather straightforward and even a little cliche but that’s exactly why this is such a good series. The basic storyline is so energizing that it grabs the viewer’s devotion. There are a lot of twists and turns involved to keep you on the edge of your seat while watching it. The pacing is progressive and nothing feels rushed or drawn out.

This series is an uncanny mix of genres that play fluidly with each other like Action, Military, Sci-Fi and etc. The characters in this anime are varied, some are plain but others have a huge complexity to them. Our MC, Lelouch has a great sense of justice which may seem cliché but he has a way of making the audience relate to him. The First Season of this Series has 25 episodes and has a rating of 8.74 (MAL). This is one of the most watched anime series.

I play volleyball and know a great deal about it. Truth to be told Sports anime is biased towards only the popular sports like Football, Baseball, and Basketball. I saw the first episode of Haikyuu in April 2014. I was hooked for life. This anime seemed like it was just made for me, strong visuals, a cast of relatable characters and a great plot.

One of the MC, Hinata is just a tiny brat with high ambitions or we can call him Volleyball Naruto. Despite people mocking him for his short height, He doesn’t give up. Haikyuu lives off its characters. The anime is about winning and losing but as a team and it’s focused highly on this. I’m guilty of fast-forwarding through games or matches or tournaments in every sports anime I have seen. I’ve never done it with Haikyuu! Not even when I re-rewatched the whole series. It has 25 episodes for the first season and a rating of 8.62 (MAL). This is my favorite anime and one of the most watched anime series.

The first time I watched Clannad was back in 2014. Now I realize that it will take years before I can watch something that did the same impact on me as this anime did. I was so moved when I watched. Throughout all other anime, this is one of the most notorious series in the romance/drama genre, not only for the emotive note it carries but also for the effects and different reactions it causes on the people who watched it.

Clannad is something I would recommend even to a person who has never watched any kind of anime. It’s something everyone, without exceptions, can watch. Despite the genre, there is no gore or violence. It’s just the classical slice-of-life humor mixed with a lovely romance, that proves how strong some stories can be by themselves. It has 23 episodes and a rating of 8.14 (MAL) and deserves to be in the list of most watched anime series.

3 Gatsu no Lion’s first five minutes contain a scene that I think of as one of the best in animation. A boy wakes up, drinks, dress ups and leaves his apartment out of confusion, an existence so fragile it could perish with the wind. He just moves on along with time. At first, I didn’t know why this scene had such an impact on me. I thought it was the beautiful music perhaps the artwork. That wasn’t it. What overwhelmed me was how accurate it was of human life.

It’s an anime about Shogi. But I believe this anime is showing a story of overcoming depression. Rei, the MC is an inherently flawed being. He is shy and incapable of speaking his mind. He’s unhappy with his role in life. This anime shows the story of Rei and how his playing Shogi helps him to grow and meet new people. It has 22 episodes and a rating of 8.44. This anime series unexpectedly in our list of most watched anime series.

6. Legend of the Galactic Heroes

This is more of a Star Wars than Star Wars ever was or will be. Heroic Wars among the stars, with something to say, something to show, all the while a journey of 110 episodes of pure sci-fi drama of the highest quality. This is Legend of the Galactic Heroes. There isn’t a single bad episode in the 110 episodes of the series. You never know what to expect unlike the vast majority of other anime that have a clear narrative. With LotGH the story is so rich and diverse, the world is so vast, the characters are so many, you can never predict what will happen. LotGH’s complexity is unparalleled.

The saga goes through year after year and you feel the progression with each season, you watch the characters grow or drift apart, you see setups one episode then pay-offs dozens of episodes later, you see friendships, rivalries, enemies, battles, love, marriage, birth and death everything. Nothing is left out, undeniably nothing. It has 110 episodes and a rating of 9.07 and obviously one of the most watched anime series.

The story is one of the most attractive stories I’ve ever seen. 100 years prior to the start of the anime, humanity has been on the bridge of extinction due to Titans that devour humans. Now, present-day in the anime, the remaining population of mankind lives confined within 3 walls that are so high and strong that even the titans can’t a break-in. A colossal titan, one that is even bigger than the 50m walls, breaks Wall Maria, allowing the other titans to rampage the city, thus leading to another annihilation of mankind.

Our MC’s Eren and Mikasa watch their mother’s head being ripped off by a titan. Eren vowed one day to avenge mankind and kill all the titans. It’s in three words Epic, More Epic, and Out of the World Thrilling Epic!!!. That kind of Plot and the Characters and how these characters break when faced by a titan. It’s all about the action and gore in this anime. It has 25 episodes for the first season and a rating of 8.47 and no doubt this series is in the list of most watched anime series.

Set in a historical Edo, Japan which has been conquered by an alien race known as the Amanto. The nation’s toughest warriors were no match for the alien technology. The Aliens in an effort to prevent another samurai uprising they banned humans from carrying swords in public. In this world, a former samurai with silver hair runs the company known as Yorozuya from his first-floor apartment. He takes on odd jobs for people in order to pay his rent and buy milkshakes and his beloved Weekly Shounen Jump. He is Gintoki, and his destiny is to make you cry with laughter.

That said, Gintama has an aspect that is greater than all other comedy animes in terms of its plot and its ability to turn the seemingly ordinary into something completely different. This is the main reason why Gintama is so good for a laugh. It has 201 episodes and a rating of 8.98. Furthermore, this must be in the list of most watched anime series.

At first, I wasn’t too excited to watch Hunter x Hunter, in fact, I wanted to drop the Series after 3 episodes. Everything seemed like your stereotypical Shounen with an annoying protagonist who is happy throughout and the fights being predictable all the time. Oh, how wrong I was. The story of HxH looks like one of every single Shounen and it seems, that it won’t offer anything new.

Although the main idea of the young boy Gon trying to become Hunter and finding his father is very simple, the story gets incredibly deep and composite from time to time. The writing is remarkable and the path’s taken by the main characters to achieve their goals is incredibly creative and unpredictable, every arc is a new genre. In conclusion, HxH is the most binge-worthy anime I’ve seen so far. It has 148 episodes and a rating of 9.12.

“No one knows what the future holds. That’s why its potential is infinite.” It is a quote by the MC, Okabe Rintarou. It is a story admired by many, and I think the show is definitely worthy of all its praise. Steins; Gate is, in essence, an exceptional anime. There’s not a single anime that I found to be comparable to Steins; Gate. The first few episodes may be slow and boring, as it seems like your general slice of life/comedy anime.

However, when Okabe develops the Phone Microwave, which has the ability to send text messages through time, everything changes. The text messages sent to the past have a huge influence on the present. The show develops around this context and is totally unpredictable. It has 24 episodes and a rating of 9.14.

Fullmetal Alchemist: Brotherhood gets a vast amount of praise in the anime community. It is the #1 ranked show and is constantly referred to as a masterpiece and the greatest show ever created. I’ve seen many fans talk about how “it lives up to the hype” and ” it can never receive too much praise”.

The animation of FMA: B is very good and fluid and it’s all about those action scenes which are guaranteed to give the audience shivers. It’s based on the Journey of Ed and Al to get their old selves back. As multiple characters are discovered there are lots of side stories. These side stories are perfectly woven together with the main story of the Elric brothers which directly impacts their journey too. It has 64 episodes and the highest rating of 9.24 and no doubt this anime series is on the top of this most watched anime series.

This is it for this list of most watched anime series. Thanks for reading this. I hope you have a great day ahead. Do make sure to follow us on our Social media accounts to keep up with the latest updates, news, and leaks.