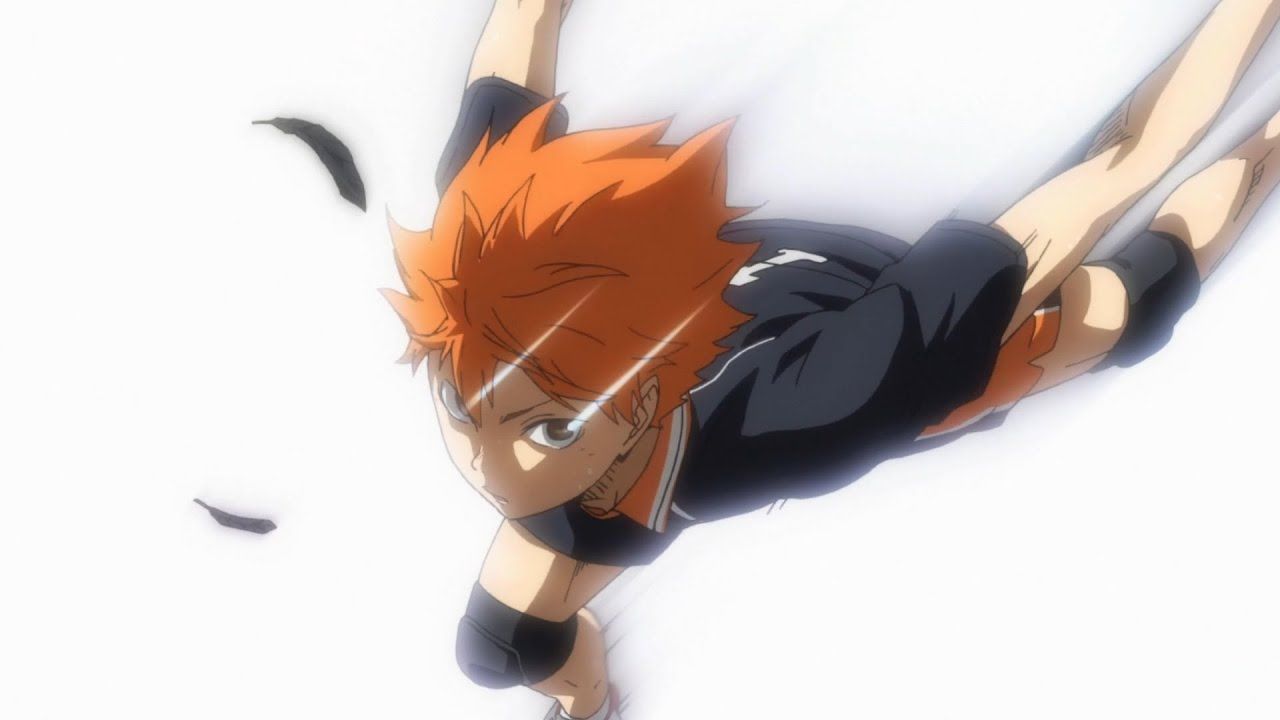 There are actually a lot of strong players in Haikyuu but we will be ranking players who are skilled in a lot of aspects like Spikes, Defense, and setting skills. So don’t be sad if your favorite character is not at the top.

However, there will only be players from Highschool who are currently active according to the anime. So get ready for the list of Top 10 Strongest and the Most Skilled Haikyuu Characters in the Anime.

Update: We are also going to include some of the special entries in the list who are very good in their own way but the others were just better.

Tetsuro might not be the strongest Haikyuu player or the most skilled but he definitely deserves some recognition. He is also the captain of Nekoma High School and a Middle Blocker for the team. He in fact is a very good defender.

His defending ability is such that the better the spiker is, the better his defense will be. With his Jumps, he is able to block attackers who are taller than him. He is one of the best Defenders and one of the most skilled and strongest characters in Haikyuu who specializes in Defense.

Aran was also a very powerful ace of his team and maybe top 5 in the entire country. The only thing holding him back is his attacks were mostly simple with only brute force driving it. And with his good jumping height, he is also able to spike from above the blockers.

He does have a good jumping height but is often overlooked due to others just being better than him. He is also not that good at receiving or setting that’s why he’s unfortunately not top 10 in the list of strongest haikyuu players.

Nishinoya is known as the Guardian Deity of Karasuno. Without him being the Libero half the strength of Karasuno’s defense crumbles. He might be short, but he’s full of energy and the never give up attitude.

Although he is not the strongest and the Most Skilled Haikyuu Character due to his short height he is one of the best Liberos in the National Tournament. He is also very hardworking, once it is shown that he practiced 200 blocks receives to the point his legs stopped working.

Although he might be full of confidence and doesn’t fear anything, he’s shown to accept the fact he was a scaredy-cat once and he overcame it with his grandpa’s help. He is a very strong entry to our list of Most Skilled Haikyuu Players.

Kenma is the setter for Nekoma High School. He is called the Heart and Brain of Nekoma volleyball team due to the fact that he is extremely intelligent and composed. Kenama is able to come up with a lot of interesting counters and plays to counter his opponents.

He is very crafty and is able to trick his opponents to fall into his trap before they even realize it. The only downside to it is that he needs the entire team’s help for coming up and implementing the strategies. His Game Sense and Technique is near perfect.

He is also a very good candidate for one of the Most Skilled Haikyuu Characters due to his brains and observation alone.

Shoyo is called many names due to the fact that of being so small yet such a powerful presence in the court. With a good setter, he is able to spike the ball perfectly. Hinata is known as The Ultimate Decoy and Mini Spiderman due to him being only 5’4 still being able to reach 333cm in a jumping height which is a lot considering he is only 5’4.

He is arguably the fastest player in the entire national high school competition. He might be extremely athletic but that’s the only thing. Hinata is also extremely clumsy and also lacks basic volleyball techniques. That’s why he’s #8th in the list of the strongest Haikyuu Characters.

Koroi is basically the better from on Hinata or what Hinata could be if he had been learning about volleyball since he was a kid. He is extremely skilled and better than Hinata in every aspect other than spiking where they both are kinda equal.

He is an all-rounder, as he is good in Serving, Receiving, Setting, Blocking, and Spiking despite only being 2 inches taller than Hinata. Koroi was also called the Small Giant of the Spring High Tournament. He is a very good entry to the list of the Strongest and the most Skilled Haikyuu Characters.

Toru Oikawa is the Captain of Aoba Josai High and also the setter for their team. He is exceptional at his Jump Serves which he has been perfecting since he was a child. Toru is one of the best All Rounder Players in Volleyball.

He is very comparable to Kageyama in terms of his setting ability. However, his real talent lies in his ability to draw out the maximum potential of his entire team. Therefore he is considered one of the strongest Haikyuu Characters.

Bokuto is considered to be one of the Top 5 Aces in the Country. He also very Simple Minded as he’s both inspired by his own team, and also inspires his other teammates with his morale boosts. He is very similar to Hinata in terms of Personality.

Bokuto is a very good spiker, capable of using cross spikes and straight spikes with extreme precision. He did it so with a lot of practice. Bokuto is also very good at doing feints which he taught to Hinata in the Summer Camp. He is one of the Strongest Haikyuu Characters on the List.

Kiyomi Sakusa is one of the top 3 aces in the entire country. He is the Ace Spiker from Itachiyama Insitute. He is an all-rounder, in both offense and Defence. Kiyomi also has no weak points as stated by his teammates.

Sakusa also has very flexible wrists which allows him to make a lot of plays and spin the ball in his spikes. He’s also very good at defending and receiving being able to transition a receive into a run-up for a spike easily. He is one of the most Skilled Haikyuu Characters.

Atsumu Miya is one of the best setters in the entire country. He is also the setter for Inarizaki High School along with his brother Osamu. His tosses are very accurate which makes it easier for Aran his team’s ace to hit very powerful spikes.

He is also capable of delivering very powerful Jump Serves and Jump Floaters. Overall he is one of the best and the most powerful characters in Haikyuu.

Kageyama is known as the King of the Court. If that name isn’t enough to justify his place on the list IDK what is. He is similar and even better in some aspects to Atsumu Miya. He is a Prodigy who is born once in 100 years.

After he attended Japan All Youth Camp he became even better and more accurate with his tosses and services. Throughout the series, the only thing holding him back was his self-centered attitude. Kageyama overcame that with the help of Hinata and other Karasuno members. He adjusts himself to the Spiker’s requirements and makes them hit their best possible spike. Kageyama truly is one of the most skilled and strongest Haikyuu characters on the list.

Wakatoshi is no doubt the hardest hitting and the most powerful spiker even by Olympic standards in the show. One more thing which differentiates him from other players is he uses his left hand. With a setter like Kageyama or Atsumu, he is basically a cannon that plows through the opponent’s defense.

Wakatoshi has a great height and great strength which makes it very difficult for his opponents to stop his spikes or even touch them. On top of that, he is also capable of introducing spins on his spikes which makes it even harder for the opponent to catch up on his spikes. He truly is the strongest and one of the most skilled characters in Haikyuu.

Well, this is for our list of the Strongest and the Most Skilled Haikyuu Characters in the Anime. Hope you liked it. Meanwhile, you can also check out our lists on Top 10 Kawaii Anime Girls, or Top 10 Ecchi Harem Anime with OP Main Characters.  Also, read about all the major upcoming animes in 2021, Yashahime and Attack on Titan Season 4. And Be sure to follow us on Facebook, Twitter, and Instagram for more interesting and the latest updates about anime.