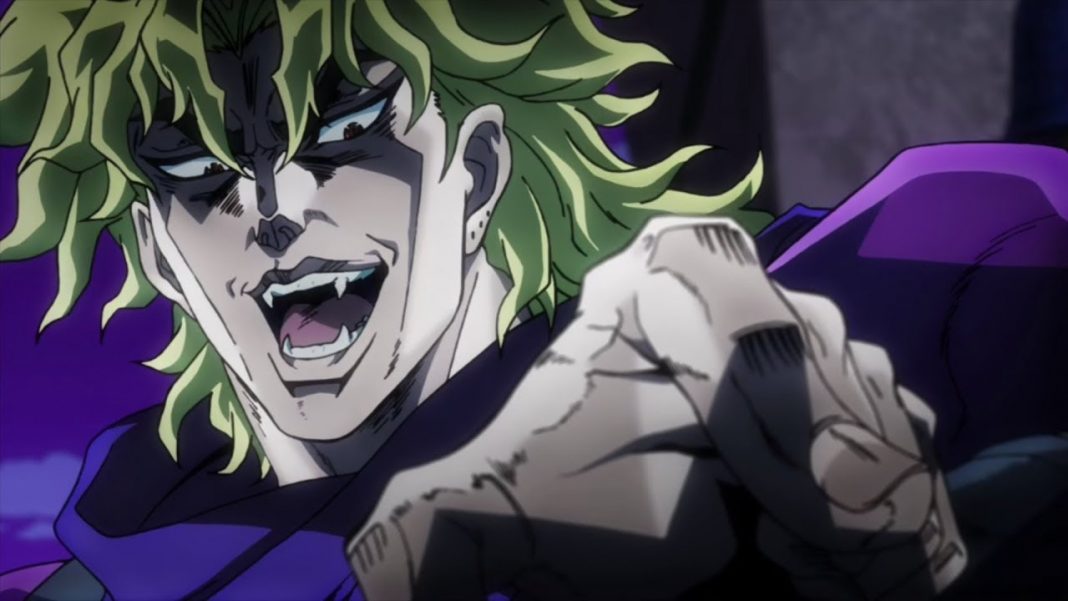 Who doesn’t like villains? They are pretty much what makes and breaks a show. Today we are going to discuss the Top 20 Evilest Anime Characters Ranked! On the contrary of a good protagonist, it depends on the villain how far can he push the heroes to the edge. Today we are going to look at some iconic villains who are worthy of being called the Evilest Anime Characters.

Dabi is a ruthless villain who in spite of looking frail and burnt is actually quite powerful. He rarely shows any emotion, very crude and cautious. He’s somewhat of a sadist for instance we can see him smiling at the demise of an ally. He is very quick to exploit the hero’s weakness both physically and emotionally. He has a quirk that allows him to control flames of higher temperatures than other characters. Thus being one of the Evilest Anime Characters.

Gilgamesh is an ancient Sumerian king who became a heroic spirit and got summoned as an archer class servant. He thinks highly of himself notwithstanding any interruption to his entertainment. If he thinks that this being should die and not exist, he will kill it without any thought. He considers everyone around him lowly and not on his level. He treats other humans as pests not considering them as even alive accordingly treating them like cockroaches.

Zeref is considered the evilest anime characters in Fairy Tale. He is in possession of some extremely powerful dark and evil magic. He is also the older brother of Natsu Dragneel. But the thing is Zeref is no longer evil. He has been said to commit sins that are unforgivable. Making demons who steal havoc to date. However, in the current time, he is trying to isolate himself for the sins he has committed.

Bradley may top the list of top 10 Anime Betrayals in a Watch Mojo video and maybe one of the evilest anime characters. He is the Sin of Wraith and the final homunculus made by The Father. Bradley betrayed the entire nation he was the Commander of Chief for. He was made to become the perfect and the most powerful being. During the funeral of Lt. Bradley, he was enraged at his daughter because she didn’t understand her father died.

Where should I start with Zetsu. He is the sole reason why the 4th Great Ninja War happened. Black Zetsu basically manipulated everyone in the show. He was the reincarnation of Kaguya’s will. Additionally, he Manipulated and tricked Madra and Obito into reviving Kaguya. He had no loyalty to anyone except Kaguya. Establishing the Akatsuki, killing Nagato’s friend.

Frieza is the emperor of the Universe 7. He is the main reason for the whole story of the Dragon Ball series. Frieza relishes pain, death, destruction, and fear. He has done a lot of cruel deeds and has immense anger. He is also commonly referred to as the evilest guy in Universe 7. Therefore earning a place in our Evilest anime character list.

Majin-Bu is probably the most recognized villain of the Dragon Ball Z series. His most cruel act is killing inhabitants of the Earth after turning them into candy and eating them without any regret. He later transforms into Super Buu becoming even more powerful and ruthless.

Also, know as Heavenly Yaksha. He is the captain of Donquixote Pirates and also a former member of the Seven Warlords of the Sea. He killed his dad and his older brother because he thought that they would betray him. His rule was tyrannical and unjust. It was not until Luffy defeated him that he was stripped of his title and arrested. He is one of the evilest anime characters on this list.

Light is the main protagonist for the Death Note series. Because of his behavior and high intelligence he was often revered by his peers. Through the power of the Death Note, he developed a God Complex. In fact, he considered him murdering criminals as an Ultimate Sacrifice for the good of the world. This kind of attitude lets commit murders in a cold way and without any remorse.

He was one of the Legendary Sanin in Konoha village. He was a natural genius, full of talent and skills. But one more thing about him was his sadistic attitude. For Example, even as a child he had a twisted personality and conducted inhumane experiments. He performed experiments on captured soldiers and also some of his allies. His ambitions and failed experiments have let to an immense loss of lives. He just might be one of the twisted and evilest anime characters.

He is the maker and the former leader of Leauge of Villans. All for One was Japan’s most powerful and feared villain. He is basically a psychopath and wants to see the world burn. However, he did care for his younger brother but in a condescending manner. All for one also has the ability to steal other’s quirks. He has ruined many hero’s lives after stealing their quirk from them. He has committed a lot of heinous crimes in order to bring justice to the world.

Kars is the main antagonist for Jojo Battle Tendency. He is the leader of the pillar men and also the creator of the stone masks and vampires. He is ruthless and scheming. Thinking of other living as his pets even humans. He also cheated against his showdown against Jojo. Even threatening to release his minions and kill innocent children. Kars also possesses and murderous and sadistic nature and enjoys being the most perfect being on earth.

Kaguya was the strongest character in the Naruto series and also one of the evilest anime characters. She is also the mother of Chakra. She is a being of another world who came to earth to extract the chakra fruit. Kaguya falls in love with a man and gave birth to her two sons, Hagoromo and Hamura. Although she was not that evil in the starting, after getting betrayed by her lover she ate the chakra fruit and became the only one on the planet with Rinne Sharingan.

After that, she took control of earth and put everyone in an Infinite Tsukiyomi turning humans into white Zetsu to preserve and store her chakra for her rebirth.

Lelouch is the exiled prince of Britannia, who after learning the truth about his mother and his family turned into a radical. He may be a hero but by fans, he’s considered somewhat of an Anti-Hero or a villain. He is very cold and tactical in his approaches who is willing to sacrifice soldiers and civilians in his strategy. As the show progresses more her suffers from more trauma and losses making him even more cold-hearted.

Aizen was the former caption of the 5th Divison in Soul Society. Aizen at first might look like a polite and soft-spoken person but that soon changes when he betrays the soul society and becomes the leader of the Alancars. In reality, he’s a sadist and a manipulative person. He cares very little of the people following him and sees them as tools to achieve his goal. Aizen can often be seen toying with people’s feelings like Momo who was his lieutenant.

Hisoka is basically a selfish individual who likes doing things as long as it pleases him. He loves making other powerful people bleed and has both sadistic and masochist behaviors. Hisoka spares Gon to let him grow more powerful in order to have an even better fight with him. He is manipulative and self-centered. On top of his weird and evil personality, he is also extremely powerful and also one of the evilest anime characters.

Dio is maybe one of the most infamous villains of the Jojo series. He is both a stand user and a vampire. Dio has left all his human emotions behind often not showing any humanity to anyone. He wants to become the most powerful being on earth like Kars. Even after his apparent death in Part 1. He comes back as the main villain in Stardust Crusaders. His stand is one of the most powerful stands in the series. Dio always seeks more power and doesn’t want anyone to be his equal.

He is one of the most well know and legendary villain and also one of the evilest anime villains. He is extremely powerful and lives to fight. After the death of his brother Izuna, he is consumed by darkness and plots his revenge against everyone. His darkness along with Black Zetsu plotted to keep everyone in the world under an Infinite Tsukiyomi and extract their chakra to become the most powerful being. He believed that everyone on the world is worthless and only he can save them.

Well, this is it for the top 20 Evilest Anime Characters. Thanks for sticking till the end. If you want more of this list there are already a few do check them out. Also be sure to follow us on Facebook, Instagram and Twitter to keep up with the latest updates for the new animes.