Spoiler Guy
Home Recommendations Top Manhwas you should read in 2020 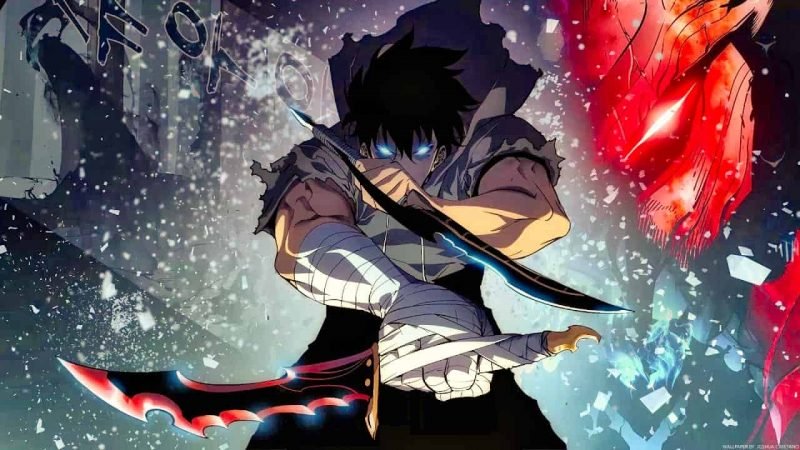 Manhwas are getting popular day by day. If you haven’t read any Webtoons till now this is the perfect time to start. So, we are presenting a list of Top Manhwas to read. Manhwas or Webtoons are Korean equivalents to Mangas. Their format is different and is often presented in a ventricular format. They are often colorful. Webtoons are Manhwas which are uploaded to the internet.

It’s probably the best action-comedy one of the top manhwas in the list. The story itself is difficult to describe. It’s basically a hero and his friends defeating the enemies. The story is based in a world replete of magic, dragons and really over the top characters, the comedy is on every page and will never disappoint you.

The unique thing about the characters is that all of them have a sexual fetish be it either a lolicon, Shotacon, BxB, or some other degrading thing. That’s what adds to the overall personality of the characters. Our main hero is also one Opportunistic bastard. I think this will probably make you love him more.

Can’t See Can’t Hear But Love is an extremely melodramatic one of top manhwas which is made to make you finish that box of tissues. This story follows Min Geun Soo, a manhwa artist. He lives with his mother who suffers from Autism and cannot do basic tasks. Soo draws day and night to support his family but everything takes a wrong turn one day. He starts losing his eyesight. The future seems bleak for him because he’s a manhwa artist who can’t see.

One fateful day, he meets Jeon So Ri. So Ri is a deaf girl and happens to be in love with Geun Soo’s work. Thus begins a love story between a deaf woman and a blind man about finding the strength and will to live despite numerous trials. I often wondered how a deaf and blind person would communicate and when reading this touching story about these two people I learned that for some love is not about looks, the way they speak, what they do, or anything other than the complex yet simple feelings of love that these two people have for one another.

Also, Read- How Many Types of Titans are there in Shingeki no Kyojin Attack on Titan?

Noblesse follows Cadis Etrama Di Raizel “Rai” who is a handsome, crass, and dignified nobleman. Rai wakes up in an abandoned building in South Korea. Everything is unknown to him so he must seek out his companion, Frankenstein.

To begin with, Rai attempts to blend into human society by transforming his old-fashioned clothing into the school blazer of the nearby Ye Ran High School. As it turns out, the principal of the school is his servant Frankenstein. Frankenstein helps Rai adapt to modern society by enrolling him in the school. But nothing stays peaceful, does it? Soon many problems start to come up we follow Rai into fixing them.

As you can guess, there is a huge aspect of comedy that Rai brings in the Manhwa. As he’s from the past, the way he reacts to everything around him is comical and on a league of its own. The other characters are also great and the art is so stunning that you will be lost from the moment you lay eyes upon it. Those of you who want to enjoy a great story with gorgeous visuals, give Noblesse a try which is one of the Top Manhwas.

Something about us follows the story of two friends who say that they are only friends. There is also something about their relationship that is hard to describe. It is one of the top Manhwa which follows romance a genre. This story is so cute it will make you want to keep reading it. There are some mature characters and some immature ones. Woojin and Gayong are our two friends. From the first time you read this, you will definitely think they will end up together.

However, the Manwhaga manages to spin this out of your trajectory relatively quickly with relationships between the two is very much realistic. You can see people being humans in this. And the relationships between the characters are very strong. If they don’t want to talk to each other, they don’t. I would recommend this one of the top manhwas to anyone who is a fan of Romance and wants to get a warm cuddly feeling from inside.

“Do you believe in Magic?”

For Yoon Ah-ee, magic seems like a distant memory. Faced with the harsh reality of poverty, she spends all her time studying, working, and taking care of her younger sister in the absence of their parents. She has forgotten about magic along with her classmate Na Il-Deung. But Everything changes when Ah-ee stumbles into the abandoned theme park and has a chance encounter with the magician, her life is changed forever. Annarasumanara reveals a philosophical, heartwarming, and thought-provoking story of what it means to grow up into the person you want to be. Obviously, one of the Top Manhwas.

Also, Read- Top 10 Most Watched Anime Series That You Need To Know

The premise of the story is amusing, very unique, and enjoyable. It surpassed our expectations, at first, it was really annoying how Shi-Woon (MC) was defenseless, naive, and weak; I thought it would be Tokyo Ghoul-Esque battles all over again. However, Geuk-jin brings back focus on Shi-Woon again with him being somewhat competent in the series which makes him one of the top manhwas.

The art was satisfactory for the most part. While detailed and attractive to the eye, the only problem is that it’s monochromatic. It doesn’t hurt the manhwa itself but the artistic potential was deterred. One of the things that this manga never failed on for me was to show the reader just how emotional these characters were in the situation they were in when they’re joking around with each other outside of the actual fighting, you can tell

4. Who made me a Princess

Like some other isekai anime/manga/manhwa, the main character, beautiful princess, can remember what was happened in a previous life. It turns out she reincarnated to the princess who had a miserable life in the book she was read.
Her dad, the king, is a cold-heart person that wants to kill her. This story begins with the simple idea of MC who wants to survive from her bloody dad. Then it turns to romance/comedy story.

If you love the isekai story with gorgeous-lovely looking characters with a strong romance story, this top manhwas is the right choice.

The overall story is very simplistic yet very surreal, as the synopsis doesn’t give away that much, I don’t want to give away spoilers as to who the serial killer is but you find out straight away, so the action happens fast. This is why it was so good to read as nothing is meaningless for the progression of the story, everything has an effect on either the actions/development of the main character or the plot itself.

The fact that it mixes in so many different genres that wouldn’t normally be together, such as horror and romance makes the story even more interesting, as there are different aspects to the plot which keeps the story from getting tedious or boring. One moment the serial killer is up to no good, while at the same time the MC (Jin Seon) is having fun, which shows very different sides of people who are close to each other.

You may have heard of this manhwa because it was recently animated on TV and is currently Airing. This is one of the best Manhwas out there. I got hooked on this since the first chapter and didn’t want to stop reading this for days, weeks, or even months whenever I have the time to. This has become bread and butter in my daily life. That is how Intrigued I was with this, in short, I got addicted since the day I laid eyes on it.

Bam our Mc was found by Rachel, and his entire life was based around Rachel. Until one day Rachel decided to go to the Tower. Bam followed her there and got into the tower. so the whole story is of him trying to climb all the floors. A new mystery unfolds, about Bam, about his parents, and about his powers. Well, for my personal opinion, this top manhwas is my favorite.

Also, Read- Best Underrated Manga You Should Read Before Dying

The setting is quite simple, one day gates start appearing all over the world out of nowhere and people start awakening magic abilities in order to close these gates. Our main character is a man dubbed “The Worlds Weakest Hunter”, Sung Jin-Woo, who joins these raids in order to pay for his comatose mother’s treatment and his younger sisters’ education. After a raid went horribly wrong, Sung Jin-Woo awakens an ability that enables him to level up his abilities, which is unheard of. The story follows Sung Jin-Woo’s growth as a person and a hunter. The mystery and high-stakes in this manhwa make it an enticing story to follow. And not to mention, this is one of the top manhwas with most rated by the fans.

We’ve never seen manhwa done so beautifully. It’s so unique you can’t really compare it to art you see anywhere. Each panel is a sight to behold and truly makes you appreciate it on a whole other level.

The manhwa is currently on a hiatus and will start releasing after some time. Read more about Solo Leveling Season 2.

This is it for the list people, we hope you liked and do mention in the comments if there is a manhwa that deserves a spot in this list.

Why You Should Watch World Trigger Anime? Here’s the Anime Review

Best K-Dramas Similar to Legend of the Blue Sea

Top 5 Romance Animes You Must Watch