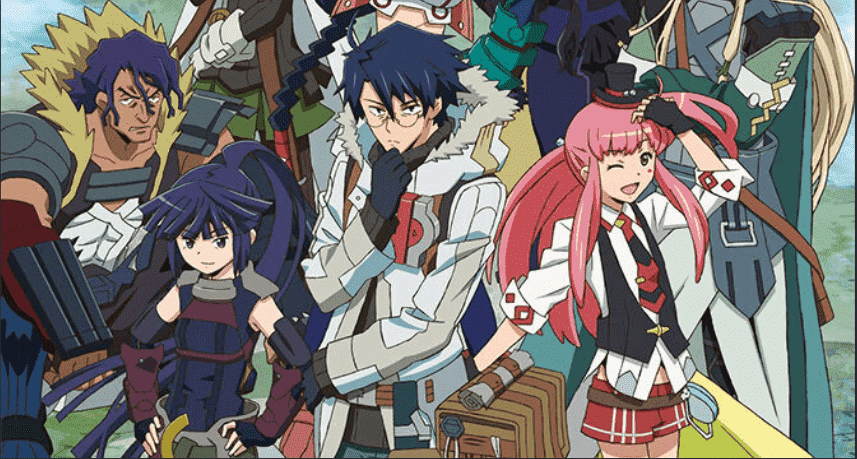 Popularly known as Rogu Horaizun, it is an adaptation of the manga series written by Toshizo Nemoto. The anime aired for the first time in 2013 with a total of 25 episodes. Here we will talk about the top anime Similar to Log Horizon.

It revolves around an Online multiplayer game, Elder Tale. This role-playing has become an absolute success with a user base of more than a million. But, as soon as the 12th update rolls out, almost 30 thousand players are moved into a virtual realm with their game avatar. Shiroe, who seems to be a weird gamer, tries to clear the game with his friends.

Shiro and Sora enter into their dream world after defeating a god named Tet in chess. Bounded by the ten pledges in the virtual world, the step-siblings decide to conquer the palace with their cheeky minds. After learning about Elkia’s downfall, they decide to restore the balance in the nation.

The siblings conquer the throne of Elkia after defeating everyone who appeared in their way. Moved by the powers of king and queen, Shiro and Sora learn about Warbeasts who are Eastern Federation. The undisputable duo then fights against the Warbeasts to challenge Tet to a game again.

Lawrence, a traveling merchant who is 25-years-old, moves from place to place to sell goods in a fictional system. With a dream of having his shop someday, he has been working pretty hard for the past 7 years. One day, he finds a 15-year-old girl lying in his wagon.

Holo, a wolf deity who is 600 years old, takes a kid’s shape to seek help from Lawrence. She assures Lawrence of a huge profit in business if he helps her get out of the Pasloe town.

Trolled by his peers, Haruyuki is a short and overweight boy who loves to live in his world of virtual gaming. Trying to hide from everyone, the student council vice-president, Kuroyukihime, acknowledges Haruyuki’s gaming skills. She helps Haruyuki deal with the offenders and asks him to help her in an Augmented reality multiplayer game.

After participating as a duo in the game, they fight other duels. With Haruyuki’s skills, they both reach level 10 of the game pretty soon. On their journey of clearing the game, they gain many trusted confederates too. The duo’s main purpose in the game was to meet the game’s creator and ask him the reason behind its creation.

An online multiplayer game named Sword Art Online is launched in 2022 with nerve gear as its controller. Suddenly, on November 6th, 2022, 10000 players are trapped inside the game with no option of logging out from it. Kayaba, the game creator, reveals that if people want to get back to their normal lives, they’ll have to beat the monsters on all the 100 floors.

Kazuto Kirigaya, commonly known as Kirito, was a beta tester of the game. Moving in the game as a lone pursuer, he had some excellent VR gaming skills. After learning the game’s truth, he and Asuna, a girl he befriends and then later marry in the game, decides to destroy Kayaba’s ID secretly playing in the game.

You can also read: Top 15 Overpowered Main Characters in an Anime; How OP Lead is too Strong in 2021?

Shows like Log Horizon come under the genre of Adventure, Fantasy, and Science Fiction. If you love to stay in a virtual world and give imaginations to your thoughts, these are the top Anime similar to Log Horizon that will surely suffice your needs.

Redo of Healer Uncensored: Why and Where to Watch? – Releasing...