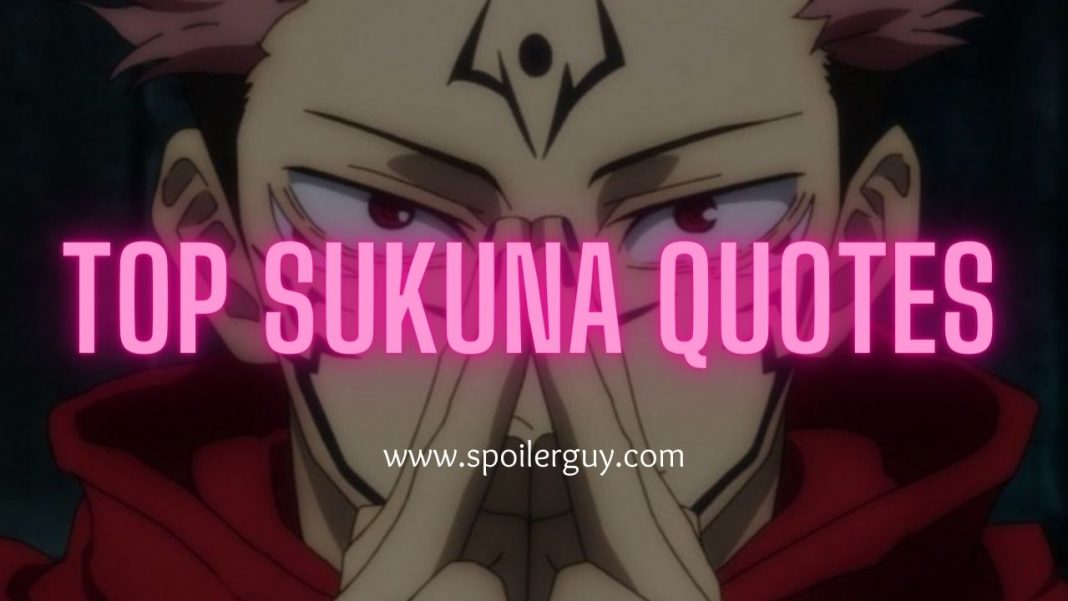 Jujutsu Kaisen is known to break all records and has gathered a huge fan base in a very short period. Each character has their own backstory and how they ended up among sorcery and curses. Ryomen Sukuna is one such character. who belonged from the past and yet now exists as a part of Itadori. He is known as the king of curses. No one knows his real intention other than the fact that he is a villain.

Yuji is simply considered as a vessel to store Sukuna however in the very beginning Gojo had mentioned if Yuji loses control he will kill Itadori Yuji. He is believed to have four arms. Also, he has a binding vow with Sukuna, and the conditions are Yuji will have to let Sukuna take over when the cursed spirit says “enchant”. The second condition is Yuji will forget that such an agreement exists. Itadori did try to resist it however there is no comparison of Sukuna’s strength. However, this blog also includes spoilers if you haven’t read the manga please be aware.

Here are some of the famous Ryomen Sukuna quotes, he is known for-

Sukuna is known for being arrogant and looks down upon everyone. When Mahito did idle transfiguration on Itadori to know Sakuna. However, he allowed it once since both of the cursed spirits Sukuna and Mahito teamed up to ridicule Itadori.

You can also read: Famous Quotes by Eren Yeager From Attack on Titan!!

2. Stand proud you are strong

Jogo fed yuji around ten fingers of Sukuna. He asks Sukuna to do the binding vow. However, Sukuna says he will only do that if Jogo is able to punch him once. Jogo fights Sukuna keeping his guard since he knows his opponent is none other than the “King of curses”. To Jogo’s surprise, Sukuna uses fire instead of slashing and slicing. Sukuna defeats Jogo. It ends with Sukuna saying he had fun fighting with Jogo and he should be proud. Jogo ends up crying.

3. Any hierarchy other than strength is worthless

Sukuna believes hierarchy should always be based on the strength of sorcerers. He was disappointed to know Gojo wasn’t the head of Jujutsu academy. Sakuna had mentioned that Satoru Gojo will be his first target to kill once he gets control of Yuji. To which Gojo had replied that it’s an honor to be the target of the king of curses, Sukuna.

4. “Don’t look inside me without permission. I hate it…”

Sukuna resides in Itadori. When Itadori is about to lose a war it is Sukuna who takes over the body in order to save Sukuna. One such time Sukuna had taken over Itadori and yet was not agreeing to fix his heart. In the process of denial between the two Sukuna made the binding vow with him. In the given situation, Itadori was nowhere near fighting Sukuna.

5. “I’ll kill you for no particular reason”

This is an ideal Sukuna quote. Sukuna after defeating the special grade had taken over Yuji’s body. He had ripped apart his heart in order to get rid of Yuji. Megumi didn’t want to hurt Yuji if he was still somewhere there. Sukuna was intrigued by Megumi from the very beginning because of his Ten shadow technique. He wanted Megumi to perfect the technique and find him a body.

Sukuna has always been cold-hearted. His title and immense power make him arrogant. He has proved to be intelligent and manipulative in many ways. Previously he had forced Itadori into the binding vow. While fighting with Jogo he had praised him before he dies which says he also praises his opponents.

That’s all for now, for more similar content stay tuned to Spoilerguy.