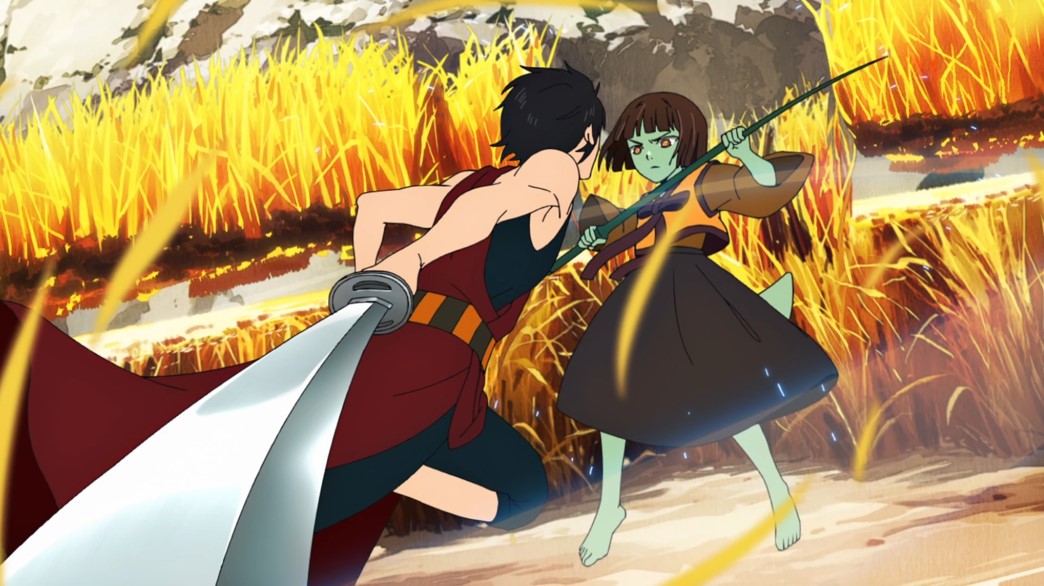 Hey Guys, in this blog we will be discussing the upcoming events of Tower Of God Episode 4. As we all know Tower Of God was the most awaited webtoon of the year. Putting an end to our wait, the first episode of Tower Of God finally aired on 1st April. Moreover, Tower Of God is an action and Dark Fantasy webtoon. With the release of its second episode, fans are looking forward to Kami no Tou Episode 4.

Before starting the details of the Tower of God Episode 4. Let us have a quick recap on the 3rd episode.

Episode 3 of the Tower of God was very interesting as it revealed few things about the past of Khun. Moreover, the episode was titled “The Correct Door” and just like the previous episode, this episode also focused on a new test. At first, the test seems scary as each team has to go through it one by one. Moreover, other teams have no idea what happens after they go to a dark room. Besides, the only thing other teams know is that they hear a loud scream after 5 minutes.

Later, Bam and the team went for the test. There they have 12 identical doors in front of them and given 10 minutes to find out the right door to pass the exam. At first, Khun thought it was a test of luck again and he went into deep analysis of the situation to search for clues. But the reckless Rak went with his instinct and opened a random door. The door was the right one. Later, it was revealed it wasn’t the test of luck. If you open any door before 5 minutes you will pass the exam.

Another Bonus test was introduced in this episode. What is it? If you have watched the episode you already know and if you haven’t then go watch it now.

The transformation from manhwa and storyboards TO ANIME.

The amazing #TowerofGod transformation from manhwa and storyboards TO ANIME! 🐢 pic.twitter.com/wmUW8f8ZLG

Things are about to get serious in Kami no Tou Episode 4.

As per the preview and other official sources, the next episode will cover up the bonus test. This test is going to be far tougher than any previous test, as those who pass it will be allowed to climb the tower directly. Moreover, Bam believes he saw Rachel during the bonus test.

As of now, no exact details have been out from the officials regarding the third episode of the Tower of God. If there comes any information, we will make sure to update it.

It has been revealed, Tower of God aka Kami no Tou will have a total of 13 episodes in its first season.

Where to watch Kami no Tou Episode 4?

You can watch the 4th episode of the Tower of God and all other episodes on Crunchyroll in Japanese audio with English subtitles. Moreover, We highly condemn the use of streaming anime or reading manga on an unofficial website. Besides this, You can also read more about Anime Streaming Websites here.

The anime is following the story of the popular Korean webtoon, Tower of God. So, there aren’t any necessary spoilers for the upcoming episode. However, if you think – you can’t hold your horses for Tower of God Episode 4; Start reading Tower of God Webtoon.

Update: If there is any sneak peek for the next episode, i.e, Kami no Tou Episode 4. We will make sure to add it to this article.

Tower Of God is an action and Dark Fantasy webtoon whose anime adaptation was announcement was made at Seoul Comic-Con in August 2019. Takashi Sano is the director and Joseph Chou is the producer. A lot of credits goes to the author Erika Yoshida and the anime studio – Telecom Animation Film. Licensed by Funimation, Kevin Penkin gets the credit for the awesome music in the anime. As of now, the anime has aired a total of 3 episodes, Kami no Tou Episode 4 will be out soon. Here is the official trailer for the same:

Somali to Mori no Kamisama Episode 2 Release Date and Updates