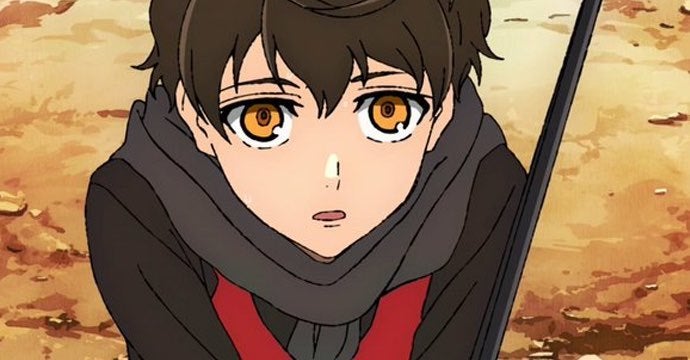 Hey Guys, in this blog we will be discussing the upcoming events of Tower Of God Episode 5. As we all know Tower Of God was the most awaited webtoon of the year. Putting an end to our wait, the first episode of Tower Of God finally aired on 1st April. Moreover, Tower Of God is an action and Dark Fantasy webtoon. With the release of its second episode, fans are looking forward to Kami no Tou Episode 5.

Before starting the details of the Tower of God Episode 5. Let us have a quick recap on the 4th episode.

4th episode of Tower of God was an amazing action pack episode. Moreover, the title of the episode was “The Green April”. This episode shows the continuation of the bonus test. While the Anak and her team become the first to take the lead. It seems impossible to remove them from their position.

Anak herself took the crown and the throne while Shibisu and Hatsu protect her. But, sitting on the throne doesn’t make her useless. Anak displayed what she is capable of. Moreover, the team seems to be undetectable until Lauroe enters the game.

None of us ever imagined that The guy who is always in the sleeping bag would be so powerful. Serena and Hoh, Lauroe enter the game in the second round and to our surprise, Lauroe forced Anak to unleash the full potential of her weapon The Green April.

The Crown Game gets WILD in #TowerOfGod Episode 4 "The Green April"!

So many twists and turns in one episode!

But as soon as she does that – Bam’s weapon the Black March starts behaving strangely. Moreover, it draws Anak’s attention towards it and she breaks in into Bam’s team cell. Due to this, her whole team was disqualified from the test but Anak challenged  Bam that if he doesn’t win this test he will have to give up the black march because he is not worthy of this weapon.

Besides, she reveals that the 13 Month Series the master craftsman Ashul Edwaru has made. Moreover,  King Jahad has given this weapon to princesses, and Anak is one of them.

After this, the 3rd Round of the test starts, and to out surprise our blue turtle – Khun has dominated all other teams within seconds. What happens next? Well, we need to wait for episode 5 of the Tower of God to know.

Tower Of God Episode 5 – ” Battle to the Death”. As per the preview, the 5th episode will be the continuation of the bonus test. Moreover, we can see Rachel in one of the cells. The shocking fact is – Rachel agrees to kill others in order to win the round.

As of now, no exact details have been out from the officials regarding the fifth episode of the Tower of God. If there comes any information, we will make sure to update it. So Stay Tuned to our website for more information.

Update: The Sneak Peek for Kami no Tou Episode 5 is out by the official Twitter account of Crunchyroll:

As Episode 4 of the anime was out on 22nd April. So Kami no Tou Episode 5 will air on April 29, 2020, at 00:30 JST. Moreover, A new episode is expected every Wednesday. Besides, there is no delay in the tower of god episodes due to COVID-19 like other anime. You can read more about it here.

It has been revealed, Tower of God aka Kami no Tou will have a total of 13 episodes in its first season. Moreover, the first 4 episodes are already out.

Where to watch Kami no Tou Episode 5?

You can watch the 5th episode of the Tower of God and all other episodes on Crunchyroll in Japanese audio with English subtitles. Moreover, We highly condemn the use of streaming anime or reading manga on an unofficial website. Besides this, You can also read more about Anime Streaming Websites here.

The anime is following the story of the popular Korean webtoon, Tower of God. So, there aren’t any necessary spoilers for the upcoming episode. However, if you think – you can’t hold your horses for Tower of God Episode 5; Start reading Tower of God Webtoon.

Update: If there is any sneak peek for the next episode, i.e, Kami no Tou Episode 5. We will make sure to add it to this article.

Promised Neverland Chapter 176 Has Been Delayed! Where to Read?