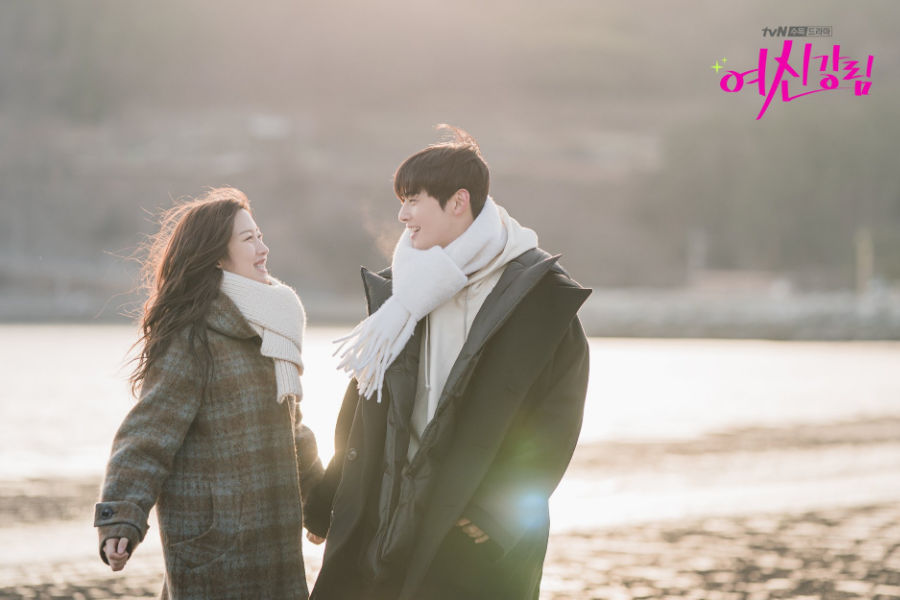 True Beauty is a hit Rom-Com Kdrama based on a webtoon airing currently and winning hearts everywhere with its gorgeous cast. It is a simple, somewhat cliche story of an average looking girl discovering makeup and using it to change her life completely. After 14 episodes, we finally unravel many secrets and also the happiness of the main leads! But it seems this happiness was short-lived because their relationship takes a hit by the end of the same episode.

True Beauty’s 14th episode brought with it crazy plot twists, and from then on, the pace has only picked up. Viewers are getting impatient waiting for True Beauty episode 15 as it will explain everything and prepare them for the upcoming final episode.

So first, let’s catch up on what has happened in the previous episode –

In this episode, after Im’s no make-up face was revealed, she put up a brave face and decided to school that way only. To her dismay, students were not just bullying her but also badmouthing Suho for dating her. Enraged, she boldly snapped back at them for judging her based on her appearance.

As well as trash-talking Suho, when in reality they were the horrible ones. It was finally her time to shine, Im had regained her confidence and wouldn’t let anyone trample it. Her aggressiveness and bravery impressed her peers too.

Of course, Suho being the proud boyfriend he is, couldn’t stop smiling at his lovely girlfriend and finally standing up for herself. Soon the fact that Sujin was the culprit behind Im’s no makeup reveal was also out in the open.

Despite the conscious effort put in by Suho, Seojun was asking Sujin to apologize, but she did not wish to repent and thus suffered the consequences. Which was the destruction of her reputation and loss of friends.

In the meantime, we are met with cute rebonding scenes between the girls and the boys. Im’s sister officially bringing Mr. Han home, Im giving her desired exam and passing, her relationship blooming.

Everything seems just perfect, but then we cut to the final scenes with Suho having to return to take care of his dad putting their relationship on hold. After a time skip, viewers were shocked to see a drunk Im being super close to Seojun!!

If one were to compare the story with the original manhwa material, the drama is already far ahead, with the major change being Im’s face reveal. Therefore, it is safe to say that except for the unfolding relationship of Seojun and Im in the present, nothing is set in stone.

We can speculate some real angst in True Beauty Episode 15 with Im realizing her emotions towards Seojun and both of them opening up. But as for her relationship with Suho, it will probably suffer a major setback instead of re-commitment.

Still, it is impossible to figure out whether by Episode 16 this will continue or she will end up with the male lead, Suho, like it typically happens in Korean Rom-Coms. Many other things need closure and updates, like Dr. Han’s and Im’s younger brother’s love life post-time-skip, so episode 15 of the K-Drama is expected to cater to these.

True Beauty Ep 15 Release Date and Time – When will the episode air?

True Beauty airs every Wednesday and Thursday on TvN at 10:30 pm KST. Outside Korea,  True Beauty can be seen legally on the streaming app Rakuten Viki. Rakuten Viki is a global app streaming many Asian dramas and shows, available in most regions, including India.

Fans of the show can watch the first six episodes for free, post which fans will have to avail of the Viki Pass with a monthly or annual subscription to the platform. If not, you can watch the latest episode 12 days after its release.

Episode 15 will bring this current fan-favorite Kdrama to its most dramatic and important phase. So fans of this series, do keep your eyes on Viki’s notifications to not miss out on this epicness.

Will True Beauty Have A Season 2? Expectations and Possibilities for the Korean Drama’s Second Season

Love Struck In The City Episode 7, Release Date, Details, and...