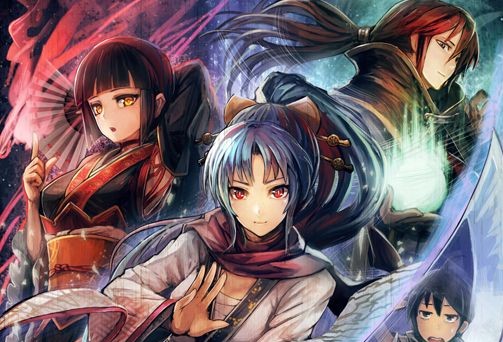 Wandering about the upcoming anime! Tsuki Ga Michibiku Isekai novel series will launch its anime television adaptation in next year. The ani series is set to premiere on Tokyo MX, MBS, and other channels. The novel series is written by Kei Azumi. Tsuki Ga Michibiku Isekai is the Japanese name for the alternate-world social reform fantasy. Do check out the trailer below!

The anime television adaptation of Tsuki Ga Michibiku Isekai will premiere next year. Shinji Ishihira is directing the anime. He has previously worked in Fairy Tale and Log Horizon. Kenta Ihara is in charge of supervising and writing the script of the series. Yukie Suzuki is designing the characters and Yasuharu Takanashi is composing the music. The lead voice actors are Natsuki Hanae as Makoto, Ayane Sakura as Tomoe who was the first to be Makoto’s follower, Akari Kito as Mio, and others.

More about the Novel!

The story revolves around our protagonist Makoto Misumi who is an ordinary high school student. He is summoned in an alternate world as a brave warrior. Later he banished by the Goddess of the world and stripped of his title. In the alternate world, he has extraordinary powers and magic to combat with other non-human species. The novel was first released on the website of Shōsetsu ni Narō. It has circulated over 1.4 million series.

For further information click here to visit the official website of the upcoming anime series. Also, stay tuned to Spoiler Guy for the latest updates!