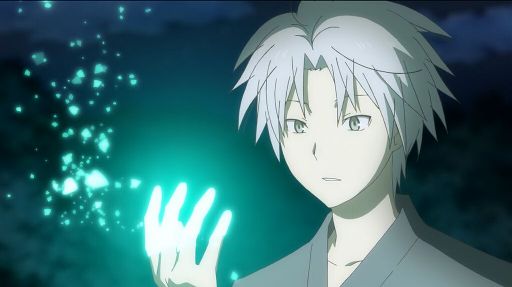 With thousands of fireflies all around us, We tend to overlook the indie gems and get overwhelmingly stuck to the glowing ones. Yes, the brightest lightning bugs are amazing but the other little ones which are outshined could shift your heart and put you in a place where you couldn’t reach. I did the digging and put together a list of those underrated anime movies which deserve your glance. From detailed animation techniques to unique art styles to emotionally gripping plots with perfect scores which deepen the story, these underrated anime movies on this list will change your heart and will be stuck to you for life.

1. Sayonara No Asani Yakusoku No Hana Wo Kazarou

Sayonara No Asani Yakusoku No Hana Wo Kazarou aka Maquia: When the Promised Flower Blooms, released in 2018, is a compelling story with a not so common theme in a fantasy setting. The film serves as Mari Okada’s directorial debut and the first standalone feature-length film produced by P.A, a character designed by Yuriko Ishii adapted from Akihiko Yoshida’s(final fantasy Character designer) original designs and music by Kenji Kawai. Maquia, an orphaned Iorph(mystical beings who can live for hundreds of years) girl, lives with her clan peacefully, yet somehow feels lonely. Their peace is shattered when an army invades, seeking the secret to her people’s immortality. Though she manages to escape but loses her friends and home. Wandering alone in the forest, she finds Ariel, a baby boy who has lost his parents. She raises the human boy as her own in a world full of persecution and war which she knows nothing of, but she is determined to make it work somehow. The theme developed is that of the relationship of a mother and child with quite dark and matured elements. This movie, in particular, feels very long like how a 24 eps long anime does but in good way. The characters are genuine and well developed which will make you feel attached quickly. The art intertwines beautifully with the story giving the impression to have lived and grown together with the characters and that is the strength of this anime. It has a well-balanced mix of emotional moments, intense action and everyday life organized in a non-generic narrative structure. Be prepared with the tissue through. One of the best-underrated anime movies.

Hal, released in 2013, is a heartfelt, quiet story with full of emotions despite its short length. The animation and artworks are done with collaboration between WIT studio(known for an attack on titan) and production I.G (known for a psycho pass). RyotaroMakihara, who previously worked as a key animator on films like Summer Wars and Tekkonkinkreet. The story is set to take place in a technologically advanced society with historical
Japanese setting where robots can be programmed to behave like humans. A young couple, Hal and Kurumi were supposed to board the flight together but only one passenger was able to do aboard the flight which crashed. His girlfriend, Kurumi, becomes heartbroken, shutting herself in and refusing to eat or sleep. To help her
Kurumi’s grandfather modifies his personal robot to be like Hal and sends him to Kurumi to help her overcome but there’s an anticlimax to this story for that you have to see it. It’s an hour or so long romantic anime which feels slightly rushed and does not do justice to the story but it still works and it’s definitely a success. The soundtrack of this anime is remarkable, suits the mood and adds a sense of completeness to the story. Characters are lovable and you could associate with their feelings. Overall it’s a spectacular piece of art and one of the best-underrated anime movies.

Hotarubi No Mori E aka Into the forest of fireflies’ light, released in 2011, is quite an emotional yet calm love story. It’s 44 minutes long anime made on a one-shot manga written by Yukimidorikawa, produced at the anime studio Brain’s base and directed by Takahiro Omori (known for Natsume’s book or friends). Hotaru, a young and playful girl gets lost in a forest while she is spending summer at her uncle’s countryside house. A masked human-like entity, Gin finds her who leads her out of the forest but warns her if she or any human touches him he will disappear. Every summer after that Hotaru visits him they eventually loved spending time together but with time passing by hotaru kept growing, unlike gin. It has a fairly simple premise of two people falling in love and then struggling to hold each other and feel each other’s warmth. Though the animation might not be the best with scores it beautifully portrays the Characters that are inseparably connected with the plot and they beautifully resonate the love which is forbidden, playful, intense and leaves with feeling empty inside. One of the best-underrated anime movies.

4. Kimi No Suizou Wo Tabetai

Kimi No Suizo Wo Tabetai aka I want to eat your pancreas; yes it’s the name of the anime, released in 2018, is rather a predictable one with a twist, heavy-handed, genuinely unique relationship between two young people which makes it worth a watch. The story is written by Adachi Mitsuru and directed by Shin ichirō Ushijima, produced by Aniplex(known for a lot of animes such as Naruto, Angel beats and the list goes on) at studio VLON(known for Ushio no Tora). This story is about an introverted high school boy who one day finds a diary which happens to be of his classmate – and discovers that she (Sakura) has a pancreatic illness that will eventually cut her life short. Besides her family, one other person knows her secret and he promises to keep it with him. He is so withdrawn into himself that he doesn’t react to anything which helps sakura to live normally with him and in the latter part they come closer to each other. But the story does not end with her (she doesn’t die because of her illness), the time spent with sakura changed Haruki in a good way. The story is constructed to feed specific emotions and sending some important messages and with strong animation and direction, it brilliantly nails it. The real standout is definitely the music which adds to deepen the feelings which hammer home.

So I truly love and recommend these underrated anime movies. Hope you like onee-san’s recommendations.

Anime Like To Your Eternity That You Must Watch