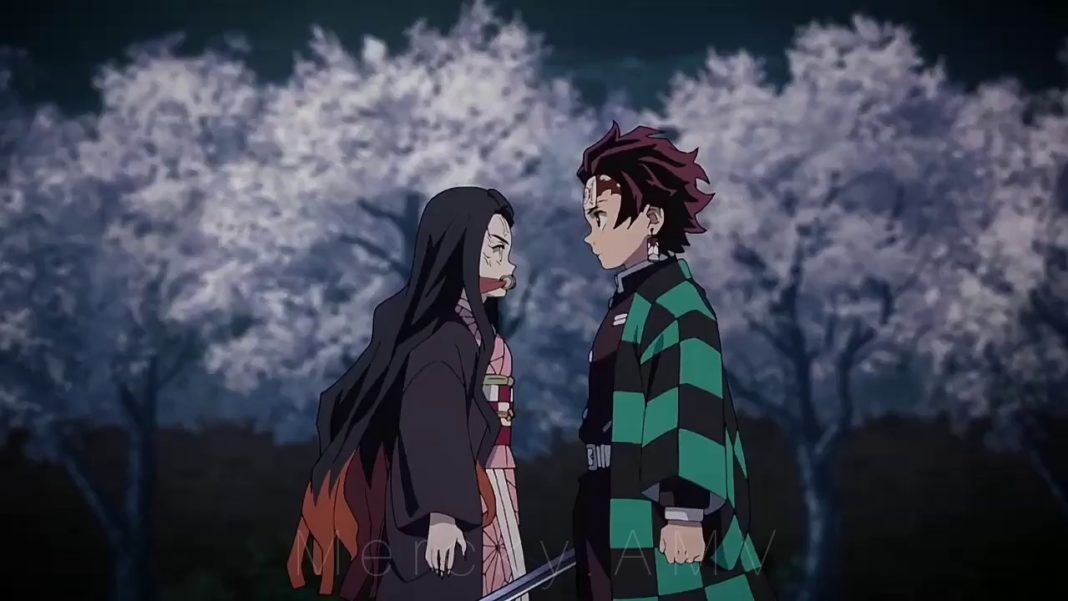 Howdy guys, In this post we are going to be talking about Demon Slayer Chapter 204. We have included information regarding the release date and where to read it legally. Note:- This post may contain spoilers. If spoilers bother you, I suggest you stop here or skip to the release date section. From here, proceed with the utmost care-

Without any doubt, the previous chapter Demon Slayer was quite amazing. The previous chapter was all about Tanjiro’s mental battle against Muzan. As we all know that, with the execution of Muzan, Muzan inserted his cells in Tanjiro in order to make Tanhjiro a demon who already conquered the sun.

So, in the previous chapter, Tanjiro had a conversation with Muzan in which Muzan tried every possible ghastly attempt. “Your Whole Family Is Dead”. “It’s just a place filled with buried bodies.” And then Muzan asked- “What will you do if you go back?”. And then Tanjiro gently answered- “My memories with Nezuko won’t disappear and that’s why I want to go back”.

Not only this, Muzan even tried to put a web in which Tanjiro would question himself. Muzan said- “You are the one who killed your comrades”. Can’t you smell the blood of them”?. Muzan even mentioned that Nezuko is dead. “Nobody wants you back.” And then Muzan offered him that he must inherit his will in order to survive. It was all dark for Tanjiro.

The moment it was ending, Nezuko came with the ray of light and hold Tanjiro’s hand. “Onii-Chan, Let’s go back”. And in a fraction of seconds, everyone holds Tanjiro’s hand pull him on a brighter side. And this way, Muzan finally defeated. Furthermore, Kanao was alive and perfectly fine.

“The Long Battle Has Come To An End”. “It’s Over”. This is where chapter 203 of Demon Slayer ends.

The spoilers and leaks are the raw scans, that are being translated by the popular translators on the internet. But you may not worry, we will make sure to add the leaks and spoilers to the article, as soon as they’re out. You can put your opinions regarding Demon Slayer Manga’s chapter 204-in the comment section below. Furthermore, the spoilers, as well as the raw scans of Kimetsu No Chapter 204, are expected to be released on 7th May 2020.

Where To Read Demon Slayer Chapter 204?

All the chapters of Demon Slayer manga are available for free on Viz Media and Shueisha. You can read Kimetsu No Yaiba 204 there. Besides this, you can also buy the hard copy of the manga to support the creator.

The genre for Kimetsu no Yaiba is Action, Demons, Historical, Shounen, and Supernatural. The Anime is well-known for its wonderful animation and a decent plot. As of now, the manga has aired a total of 203 chapters. Demon Slayer Manga Chapter 204 will be out soon. Moreover, the anime’s first season was a huge success, fans are now full of beans for Demon Slayer Season 2