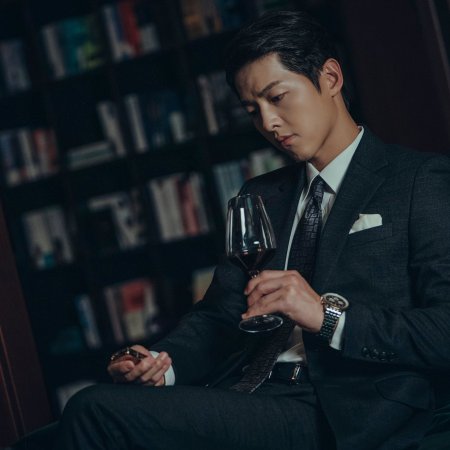 Betrayals, drama, hidden secrets are what followed in episodes 11 & 12, respectively. So what more is to be expected out of Vincenzo episode 13? Vincenzo and Cha have kept up the good work they were doing and made sure that babel goes on the defensive.

But of course, it’s not that simple. Joon woo is equally calculative, and episode 12 starts of with the feeling that Vincenzo may not win. In the game of cat and mouse, it is difficult to predict who will win.

Vincenzo and Cha are relentless in their approach and will definitely fight Babel till the better end. What is left to see is how they respond. The plaza residents may or may not stick with them till the end, so it will be a good time to be wary of what could go wrong.

Without further ado, let us see what went down in episode 12 and what disastrous consequences await in episode 13.

The Story Till Now…

Vincenzo aims the gun at Joon woo, and we are sure he’s gonna get it, but they are interrupted by prosecutor Jang! It turns out he kept tabs on Vincenzo, which lead him there. After a few minutes of coercion, Vincenzo, who keeps trying to disclose Joon Woo’s personality, has to give up reluctantly.

He’s arrested instantly, and the chances of escape look slim. Though back in the police station, the situation turns out to be different. Our smart-ass duo had all of this planned since the gun Vincenzo was carrying was fake.

Therefore, he can no longer be charged with attempted murder. They strike a deal with prosecutor Jang to help him win the 6 cases he wishes to file against Babel, so Vincenzo leaves scot-free. This duo has their priorities clear the need for the hour to get Joon Woo’s real identity out.

Meanwhile, Joon Woo isn’t doing good at all. Mr. Han and Han-Seo team up with Han-Seo deciding to kill Joon before he kills him. While he does manage to shoot at Joon, the latter survives. Later on, he even gets a spiked drink at his own home, courtesy of Vincenzo.

If never being safe wasn’t enough turns out a crucial file related to Babel’s misdeeds is missing and if it reaches the wrong hand’s Babel is doomed. Added to this is the fight against the labor union. Visibly pissed, Joon Woo screams out at Mr. Han and lawyer Choi to get their act right.

Understanding the gravity of the situation, Choi acts fast and gets rid of the union leader to Joon Woo’s delight. In the meantime, the situation with the gold gets precarious as the residents are now aware of it and want it for themselves. Vincenzo tries to do away with the fact that there is no gold, but the tenants are not fooled.

The tenants decide to work on their own and get the gold. Though the landlord, Cho, decides to barge in and urge Vincenzo to hurry. As suspicious as it is, Vin agrees. They finally manage to get to the gold, but betrayal awaits as Cho whips out a gun and aims at Vincenzo!

What an unexpected twist at the end? Cho, probably the one who knows most of Vincenzo’s secrets, chooses to betray him. Vincenzo episode 13 should start by giving us Cho’s motivation to go against Vincenzo. Episode 13 will be the start of high adrenaline, the last Vincenzo phase with only 3 episodes left.

Episode 13 will really test the loyalties of everyone from the plaza residents to Joon woo’s nearest. It is going to be another big episode filled with shocking reveals. Joon Woos gang is ready to remove all targets swiftly. Hong & Cha need to buck themselves up.

Episode 13 should also be able to place a good counterattack to Babel to stop their killing of innocents. Are they going to succeed, or does Choi have any cards left to play? Who will get the gold, and which file? How far is Vincenzo going to take this? Vincenzo episode 13 will bring the answers to all of these.

Finally, will the romantic relationship between Hong & Vincenzo develop further or become a weakness. Considering how ruthless Choi & Joon Woo are, this could play to their advantage. Vincenzo episode 13 has a lot of expectations to live up to.

Vincenzo’s episode 13 is to air on Netflix on 3rd April 2021. Mark your calendars and get ready to view another nail-biting episode.

What To Expect From Korean Drama Vincenzo Episode 7

Top 7 K-Drama You Need to Stream If You Enjoyed Watching...

Live On Episode 8 K-Drama Release Date. Where To Watch Live...