Spoiler Guy
Home Spoilers Where to Watch Black Clover Episode 144 – Everything We Know So... 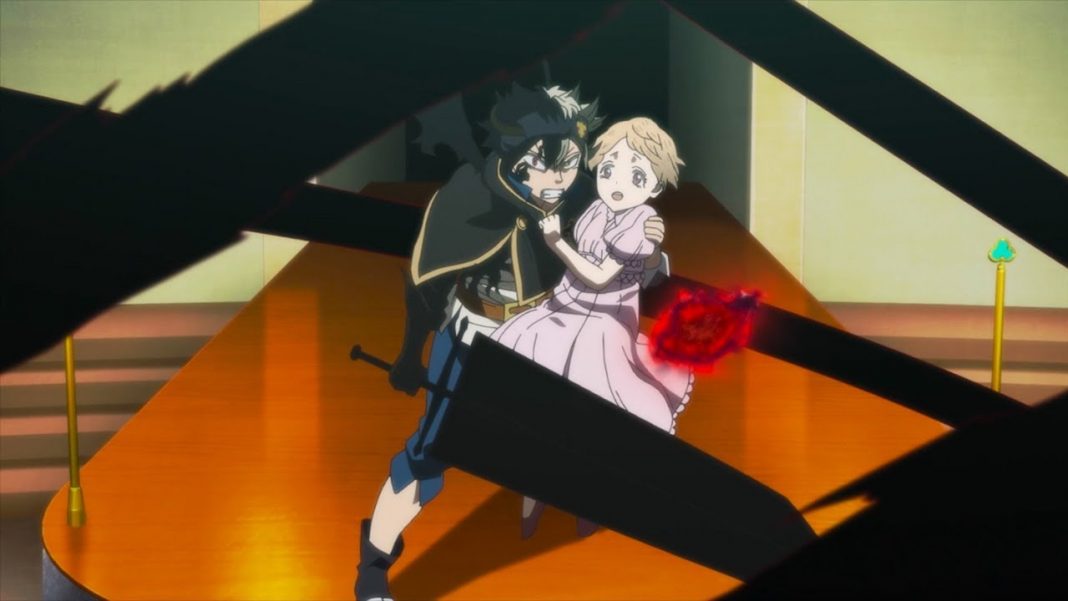 Black Clover Episode 144 is titled, “Those who wish for the Devil’s Demise”. The episode will be covering up the continuation of the events around the Devil Banishers. However, to me, it seems the actual arc is based on some hidden agenda within the Clover Kingdom, making the main antagonist of this arc using the group to havoc chaos.

The anime drops a new episode every Tuesday. So, with no rescheduling or delay for the upcoming episode – Black Clover Episode 144 will release on 22 September 2020. You can watch the anime officially on Crunchyroll.

As per the preview of Episode 144, “Though I despise the devil, this country needs Asta’s help, Someone is trying to disturb the balance we have in place.”

The current Opening theme song for the Black Clover anime is, “Eien ni Hikare” by TOMORROW X TOGETHER –

The current Ending theme song for the Black Clover anime is, “A Walk” by Gakuto Kajiwara –

Black Clover is currently following an unnamed 10th anime-only arc. It was necessary since the animation almost caught up to the manga. When an anime catches up to a manga that’s still running. It must take a roundabout to stay within reach of the manga before it can rejoin the manga. It limits the chances of many mishappenings from happening.

Black Clover is the anime adaptation of a popular Japanese manga series by Yuki Tabata. The series began serializing on 16 February 2015 in Weekly Shonen Jump. The adaptation got its license from Studio Pierrot.

As for its plot, In a world of mages, where people are born with magic, our protagonist, Asta, is born with none. Plus, now he wishes to be the Magic Emperor of the Clover Kingdom. But, the path won’t be easy since he is blessed with a strong rival, Yuno, who shares the same ideals.

Asta later joins Black Bulls and walks on the path of becoming the strongest mage of the Clover Kingdom. Sure, it won’t be easy, there are loads of strong magic knights, Asta will be competing against. But since he never gives up, he might as well make his dream come true.