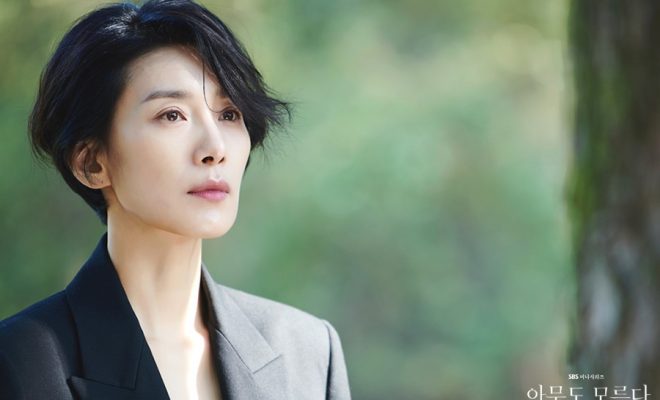 Not all K dramas are about a love triangle, beautiful female lead, and perfect male lead. Not necessary that they involve a cute romance that ends on a happy note. At times we need a break from them. Sometimes all we need is an amazing thriller K Drama that gives us goosebumps and makes us curious. Although there are so many of them, some are just too good and faultless. These are the must-watch Thriller Korean dramas.

So if you’re feeling lazy to browse, choose and read the summaries to find the best ones, don’t worry. This article will help you out! So here is a list of must-watch thriller K dramas that would knock your socks off. Talented scriptwriters and directors of Kdramas raise the stakes a notch and deliver an interesting collection of goosebump-worthy works.

Most people might have clicked the ‘play’ option to star at handsome Lee Dong-Wook. That’s right! He’s the handsome grim reaper from Goblin. However, they might have enjoyed the entire series thoroughly.

This K Drama has 10 episodes. Each episode is of one hour. It was released in 2019. Lee Chang Hee directed it. Strangers From Hell is basically about the story of Yoon Jong-Woo. He is a young guy who is in his 20s. Jong-woo moved from the countryside to Seoul after a job was offered to him by his college friend. He was looking out for a place to live, and he came to Eden Gosiwon. It was a cheap apartment.

It had a common kitchen and bathroom that the residents had to share. Eden became a very different apartment building from all the previous ones that Jung-Woo had visited before.  He promised himself that he’d stay there only till he could save up enough money. The ten episodes are filled with mysterious happenings that send shivers down our spines.

‘Save Me’ is one of the must-watch thriller Korean dramas. This Kdrama has 16 episodes. Each episode is of one hour each. One of the main reasons you should watch this thriller is because of the super talented Seo Yea-Ji. This K drama kept most of us at the end of the chair and holding on to something. It was rated 8.6 by MyDramaList. It has been watched and enjoyed by viewers globally.

This is a psycho-thriller that involves a girl (I’m Sang-mi) who finds herself trapped in a pseudo-religious cult. I’m Sang-mi, and her family moves from Seoul to Muji County’s suburb after her father’s business fails. When an old friend hears her ask to be saved, he and his friends help her escape.

Watch it on: NETFLIX.

The first season of this nail-biting K Drama was released in 2019. Season 2 was released in 2020. It has been rated 96% by Rotten tomatoes. Season 1 and Season 2 consist of 6 episodes each. Each of these episodes comes to around one hour. Kim Seong-hun directed this phenomenal K drama.

There are different yet related stories that come together at the end of this K drama. It took place in the ancient period when Kings ruled. This K drama is set during Korea’s Joseon period.

It revolves around the story of Crown Prince Lee Chang and his subordinates. They come across an unnatural plague. What is weird is that it resurrects the dead amidst his investigation of a brewing political conspiracy and rumors of the King of Joseon’s death.  The crown prince meets allies who try to stand in Sangju before it spreads further into the province. The plague had already adapted. Season 2 starts exactly where season 1 left off. Unfortunately, things only get harder for the characters.

Stream the Show on NETFLIX.

The above-mentioned K-dramas are extremely scary and sends shivers down your spines. This Kdrama is not that scary but still involves mystery and thriller. It is a very interesting Kdrama. This is meant for the light-hearted.

It is a story of a detective named Cha Youngjin who lost her friend 19 years ago because of a serial killer. She takes up this case. She tried to find out why ] her friend was killed instead of her. Things got more complicated when her friend and neighbor. Ko Eun Ho got into an accident that eventually is related to the serial killing. Therefore, responsible for the death of her friend.

This Kdrama has fresh faces, and the chemistry of cast and crew was undeniably good, as shown in the result. The direction, script, cast, and every small and big aspect of this Kdrama were good.

Watch it now on RAKUTEN VIKI.

Black was released in 2017.  Kim Hong -sun directed this brilliant K drama. There are 18 episodes in it. Each one goes for about an hour and a half. One might watch this drama because of the poster itself. It is hard to resist watching it, knowing that Go Ara acts in it.

Black is a supernatural thriller. It has twists and turns and layer upon layer of mysteries, family secrets, and conspiracies. Black is the story of a stunning grim reaper. He is forced to track down his fugitive partner. During the process, he uncovers the truth about a series of murders from 20 years ago. He goes on to investigate the murders. That causes complications for him. We all know that the role of a grim reaper.

It is to guide the deceased to their respective afterlife. He then falls in love with a Kang Ha-ram. He ends up breaking supernatural rules. Ha-Ram can see shadows of death. These two struggle to save the lives of people.  After Goblin, any series with a grim reaper totally makes most of us go cray-cray!

The stunning Song Seung -Heon plays the role of the grim reaper. Go Ara as Kang Ha-ram. Lee El plays the role of Yoon- Soo – wan and Kim Dong-jun as Oh Man-soo. K drama fans across the globe enjoyed this masterpiece. The direction, script, costumes, and acting were perfect.

So what are you waiting for?  Call your gal pals, grab a bowl of popcorn and a comfortable blanket. Click on the play option and binge on these ‘must-watch thriller Korean dramas.’ It surely is the best way to spend your weekend.