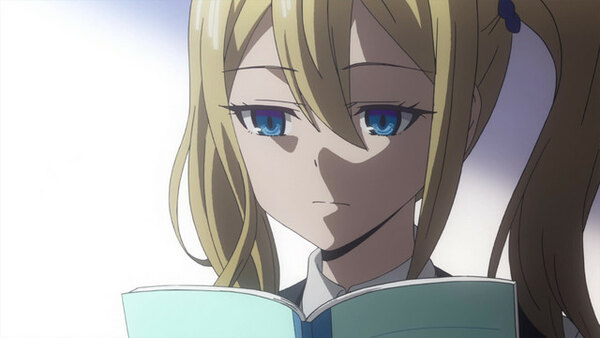 The manga recently aired its 185th chapter, and readers are full of beans for Kaguya Sama Chapter 186.

Kaguya Sama: Love is War manga is currently one of the most popular ongoing manga. Moreover, there are currently 185 chapters on air, making it one of the lion’s shares in rom-com recommendations.

More importantly, Kaguya Sama: Love is War Chapter 186 is slated to air on Thursday, 23 April 2020. You can skip to the bottom part of this article to know more details on the upcoming chapter.

In this post, we are going to discuss the upcoming events, leaks, and details for the upcoming chapter of Kaguya Sama: Love is war manga. We will also cover up a quick summary of the previous chapter, if that’s not what you’re looking for – you may stop reading now.

The 185th chapter of Kaguya Sama: Love is war got out in the Young Jump on April 16, 2020. The chapter was titled, “Ai Hayasaka’s Friends, Part 4”. In this chapter, we finally get to see Hayasaka’s side. Overall, she didn’t deserve a life filled with guilt and unhappiness.

The chapter ends with a perfect and much-required slap. With such an ending, one thing is certain. Kaguya Sama Chapter 186 is going to be a very emotional chapter, to most of us.

The 186th chapter of Kaguya Sama: Love is War manga revolves around the head to head conversation between Kaguya, Hayasaka, and Unyou. The next chapter might be the one that takes you on an emotional roller coaster.

While you wait for the manga chapter, make sure to read our recent on Dr. Stone and Kaguya Sama Season 2 Episode 3.

The previous chapter was released on 16 April, and the manga airs on a weekly schedule every Thursday. Making it obvious, Kaguya Sama: Love is War Chapter 186 will be out on 23 April 2020.

Will there be any Delays in the manga?

As of now, there is no official announcement regarding any detail. Check out our recent on the list of anime delays.

The spoilers and leaks are basically the raw scans, that are being translated by the popular translators on the internet. But you may not worry, we will make sure to add the leaks and spoilers to the article, as soon as they’re out. You can put your opinions regarding Kaguya Sama: love is War Manga’s chapter 186 – in the comment section below. Furthermore, the spoilers of Kaguya Sama 186 are expected to release on 22nd April 2020.

Where to Read Kaguya Sama: Love is War Manga?

All the chapters for the manga are available on its official website. You can read Kaguya Sama manga officially in English or Espanol on Viz or MangaPlus.

The Story is about Miyuki Shirogane and Kaguya Shinomiya. Miyuki is the student council president who is the top student of the school and well-known for his prefecture. On the other hand, Kaguya is the daughter of a wealthy conglomerate family. In this romantic and funny series, they both appear to be the perfect couple for each other. Even they like each other. But, they are too proud to confess their love. Besides, they think whoever confesses first would lose. As of now, the manga has aired 185 chapters, Kaguya Sama chapter 186 will be out soon.

So, that’s all for today. Furthermore,  Make sure to follow our Social media accounts for exclusive news.